There are three ‘War’ Movies in this year’s Oscar list and they are about as different as you can get.

Da 5 Bloods from Spike Lee is a tale of four Black ‘brothers’ returning to Vietnam to retrieve the body of their battle comrade who didn’t make it home.  They encounter a lot more than they bargained for, including having to face some of their own internal demons.  As might be expected, there are a lot of flashbacks to their previous experiences and the war scenes are about as violent and bloody as you can get – it earns every bit of its R rating.  Still, as to be expected from a Lee film, it also includes a heavy lesson of the racial politics of both then and now.  It is not for the squeamish, and probably won’t be appreciated much by those on the far right either.

Much less violent, is Greyhound, the Tom Hanks film about battling German UBoats in the Mid-Atlantic.  Although there are multiple casualties, there is little blood in this movie as the battle involves torpedos and depth charges in a conflict that moves more like a game of chess than a war battle.  I thoroughly enjoyed the tension created by Hanks’ character as he, seemingly, never makes a mistake over a 48 hour period where he manages to save his ship and his convoy from a German U-boat Wolfpack.  It is an unusual World War II movie because the action is at sea and, since ships don’t turn on a dime, the action plays out in long deliberate sequences.  Hanks’ character personifies coolness under fire.

Quo Vadis, Aida is a war movie told from the perspective of the innocent civilians who suffer terribly through a Serbian massacre.  Aida is a translator for a UN peacekeeping force who is simply outgunned and outmatched by a brutal Serbian army force intent on eliminating Muslims.  The Srebrenica massacre is one of Europe’s worst examples of genocide in modern times and this film lays it all out there from the viewpoint of a woman trying to save her family.

All three of these films are worth a viewing, but, the first and last of them are not easy to watch, so you’ve been warned.

From Last year, we have 1917 and JoJo Rabbit.   1917 is a technical masterpiece and while the characters aren’t exactly compelling, it is a good telling of the chain of command and the powerlessness of the grunt soldiers.  It is also visually and aurally stunning.  JoJo Rabbit bills itself as an ‘anti-hate satire’ and, therefore, treats Hitler and his horrors with maybe a little more lightness than they deserve.

So between these two years, you have five movies that will pretty much occupy all positions in the spectrum of war movies.  If War is your thing, then you have several options. 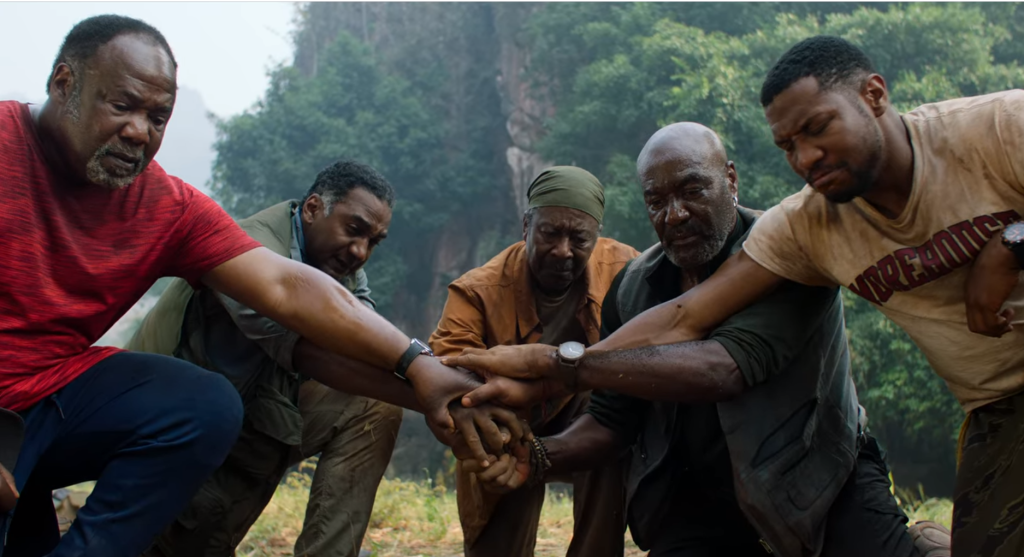