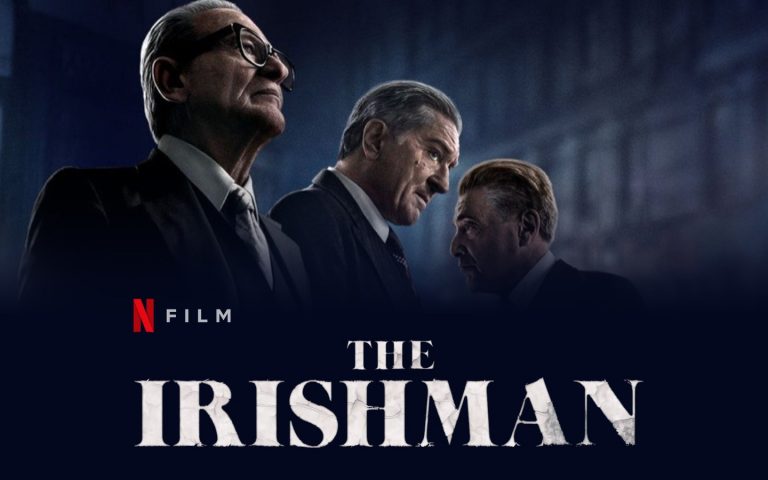 Surprisingly, The Irishman comes close to equaling the Crime genre benchmark, The Godfather.  And it is even in the same sub-genre as a chronicle of the Mob’s excesses.  The Irishman ranks up there as one of the best movies of the year because of the sheer excellence of the craftsmanship.  Direct, edited, and acted by people in their late 70s, the movie shows what experience and practice can bring to the table.  Yes, there are some extraordinary special effects in how they used computers to de-age De Niro, Pesci, and Pacino, but you really don’t care about that – it is their exquisite skills as actors that you need to watch.  And, while there definitely is mob violence, it is filmed at a distance and is not the main reason to watch this movie.  Instead, focus on just how much control over their lives these men might have.  Maybe the borderline between criminal and civil behavior isn’t as strong as we might want.

In Joker, that border is repeatedly breached and the movie paints a good reason why that happens.  The violence here is immediate and strong and the criminal behavior is in-excusable at the same time that it is totally predictable.  I think we watch, and maybe enjoy crime movies, because it is so easy to place ourselves in their shoes – to understand how easily they got that way.

In Les Miserables, it is a petty crime of stealing a lion cub that ends up turning an entire neighborhood into chaos.  Of course, the criminal act itself is only a pathetic response to the oppression and inequality that permeates the neighborhood.  As in Joker, the crime has a reason and the torrent of consequences exposes the social context that generated it in the first place.

In Clint Eastwood’s Richard Jewell we have a story of a man unjustly accused of a crime.  And the movie might well have been a good story if Eastwood had not committed his own moral sin of unjustly attributing motives to a person who he didn’t even bother to rename!  It is hard to feel moral outrage when the mechanisms to establish it are so flawed.

Finally, in Knives Out, we have simply a terrific entertainment.  In a classic, who-dun-it tale, we think we know the answer early on, but through all kinds of twists and turns, things turn out to be more complicated than we thought.  And the discovery is so much fun as Daniel Craig, Ana de Armas, Chris Evans, and Jamie Lee Curtis are obviously enjoying their roles.