(4 Stars) A film that walks a fine line between drama and messaging. And a terrific Mikkelson performance. 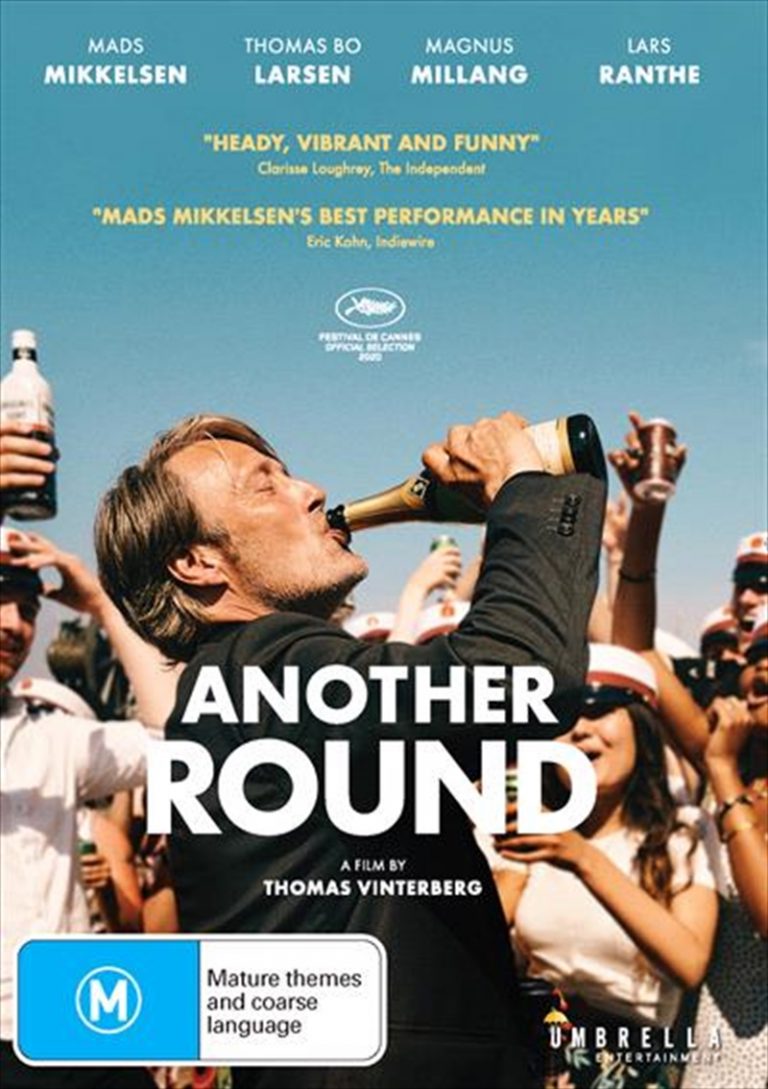 Ernest Hemingway had a steadfast rule – no drinking AFTER 8:00 pm and NEVER on weekends.  In other words, his rule said that he could drink only when he was working.  His work brought him both Pulitzer and Nobel prizes.

Now I’m not pretending to be Hemingway – and my writing is far from his – but I have to admit that I frequently settle down to the keyboard with a glass of wine by my side.  There is no denying that, for me, a glass or two of red wine eliminates life’s little irritants, facilitates my concentration, and actually helps channel me into whatever ‘flow state’ might be good for that day.  Even if it doesn’t actually help me write, it makes me at least think that I’m doing better at it.

Alcohol has been part of human life since the beginning.  They have found evidence of fermented honey, rice, and fruit in human artifacts dating back to 8000 BC in the Yellow River Valley of China.  Later evidence has surfaced in archeological digs around the world – humans and alcohol have a long history.

Another Round takes as its premise a false interpretation of a study by a Norwegian psychiatrist, Finn Skarderud, that humans are born with a .05% blood alcohol deficit and, so the theory goes, humans should drink continuously enough to keep the blood alcohol level at that amount.  (Turns out he never said that and is very upset at how his work has been misinterpreted in this film – but that is another story.)

Four Danish high school teachers, all stuck in the humdrum of lackluster careers and unsatisfying personal relationships, somehow latch onto Skarderud’s ‘theory’ and decide to test the proposition by adopting Hemingway’s rules and drink only while ‘on the job’, teaching students at their high school.  They secret away vodkas in small flasks or even in their water bottles and, true to both Hemingway and Skarderud, manage to maintain a reasonable level of intoxication all day long.

The results are remarkable.  Tommy (Thomas Bo Larsen), the P.E. Coach, steers his various teams to new levels of performances and even makes a game-time hero out of a small, timid, kid – called Specs.  Peter (Lars Ranthe) is the philosophy instructor who relates effectively to one poor young man, desperate to pass his senior exams, and who finally manages to ace his orals with a stunning account of Kierkegaard and his concept of failure.  Nikolai (Magnus Millang) turns his choir around getting them to harmonize on complex parts with voices none of them imagined they possessed.

And Martin (in another outstanding performance from Mads Mikkelson) reinvigorates his world history class, turning what both he and his students had assumed was an intrinsically boring subject into an animated discussion of how specific individuals, and their personalities, make an important difference in historical trends.  Martin also finds that his renewed passion for life invigorates his marriage (yes, there is a very tender sex scene), and renews his bonds with his children.  Martin, perhaps more than the other three, achieves more engagement with life all from maintaining that elusive .05 alcohol level.

But, as we all know, that wonderful sense of well being that comes right after the second drink creates a dangerous sense of invincibility and an unrealistic set of expectations.  One night, as the four of them are reveling in their successes, Martin proposes that they ‘up the game’ – take the drinking to the next level.  And, for a while, they enjoy even more success.  Things start to get complicated.  They find it increasingly difficult to hide their actions and some things start to unwind.

Then, as some of us know all too well, the alcohol wins the control battle – fear, and inhibitions, disappear.  And so does better judgment.  Catastrophe can be just around the corner, and when it is encountered, it can have a sobering effect.  (Or, in some tragic cases, it does not!)

Another Round won the International Feature Oscar this year and its director, Thomas Vinterberg, was also nominated.  Of the other International Feature nominees, I have only seen Romania’s Collective, which is an entirely different kind of film, so I’m unprepared to say whether it deserved the Oscar.  But I can say that the partnership of Vinterberg and Mikkelson is an established and terrific combination.  They partnered together in the 2012 feature, The Hunt, where Mikkelson plays a kindergarten teacher who is unfairly accused of sexual abuse.  In both movies, the two men seem to have an almost intimate understanding of each other, bringing out dramatic moments laced with dark comedy.  (In Another Round, there is a telling scene of how bad things have gotten when Martin attempts to measure his BAC level with the baby monitor!).

Mikkelson is one of this era’s underestimated actors.  He had a wonderful role as a James Bond villain in Casino Royale (who cried blood out of one eye).  He managed to convey just the right amount of reserve and evil.  In Another Round, he brings to the movie his classical ballet training in the final scene which ends the movie on an optimistic note, with an uplifting dance, all the more impressive when you consider that Mikkelson did the scene himself without body doubles.  Clearly, Martin managed to survive his battle with alcohol.

The movie excels technically in many ways.  The editing is tight, and the cinematography is terrific, especially in how they help capture the effects of drinking, giving certain scenes a woozy quality.  (Especially noteworthy given that, supposedly, none of the actors actually drank during or prior to filming.  I guess they weren’t followers of Hemingway!)

The movie is dedicated to Ida, Vinterberg’s high school age daughter, who was killed in a car crash just days into filming of the movie.  While alcohol was, apparently, not directly involved, it should be noted that Denmark has the highest rate of teenage drinking in all of Europe.  Recent attempts to raise the drinking age from 16 to 18 were voted down because ‘adults have fond memories of their teenage drinking years’.

I would be the last one to compare myself to Ernest Hemingway – except maybe in the fact that we both have a drink while writing.  But while Martin – in the movie – gets his life straightened around, after his experiment with alcohol, not everyone does – not in the movie and not in real life.  Remember that Hemingway committed suicide at age 61.  (Don’t worry – I’m well beyond 61 and don’t have the expectations that come with prestige prizes.  So I’ll be writing reviews for a while longer.) (4 Stars) 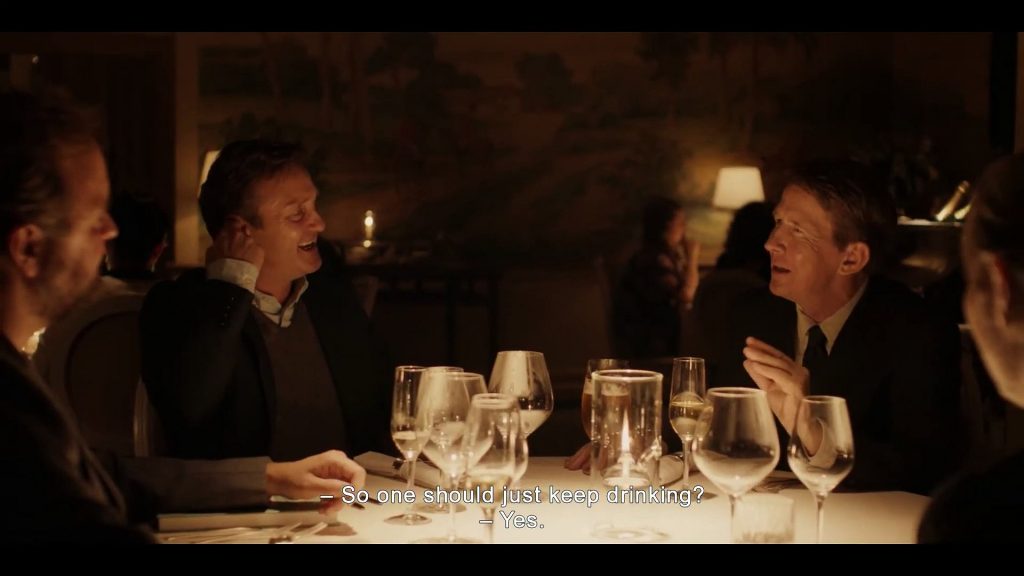