(3.5 Stars) A sensory delight, but if you want to follow the plot, bring a notepad. I really wanted Tenet to be an outrageously good movie.  I mean, it almost single-handedly saved the movie industry in the middle of the pandemic.  And it was another blockbuster from Christopher Nolan, who gave us the Dark Knight comic book movies, as well as mystifying and sensually rich films like Inception, Memento, and Interstellar.  And with a budget of $205 million, why wouldn’t you expect an outrageous cinema experience.

Well, it is a sensual delight.  The score, from Ludwig Goransson (Oscar winner for Black Panther) is heavy, but also engages the same musical themes both backwards and forwards, reflecting the different time dimensions.  The cinematography (in IMAX and 70mm) was done by Hoyte van Hoytema (Oscar-nominated for Dunkirk) and is lushly colored, and fully immersive.  The main characters are almost always wearing impeccably tailored suits, and every scene is staged with careful attention to details (Production Design by Nathan Crowley – five other Oscar nominations – and Kathy Lucas – one).   The movie is a stunning display of visual and aural stimulation.

And that’s not even counting the Visual Effects.  Yes it won the Oscar in this category and, although I’ve only seen Mulan from the competition so far, I fully understand the award.  What makes these special effects different from so many nominated movies is that there was absolutely no CGI – all of the effects are what, in the industry, they call “practical effects’.  Basically, that means that everything you see was staged in some way using old-fashioned techniques and stunt-men (and women).  Usually when a movie like this has a high budget, you expect a massive computer bank churning away at supplying the visuals and actors imagining their computer-generated foes against green screens.  But none of that occurs here, consistent with director Christopher Nolan’s preferences – only real action.

And there is plenty of that.  The initial scene involves an attack on a symphony concert that amps up the adrenaline and sets the pace for the movie. There is an important scene where an airplane crashes into a hangar and starts a fire.  In this case, instead of using miniatures or CGI, they actually bought a real 747 and crashed it into a real airplane hangar. Then there is one of the most intense mobile heists ever, which required shutting down a six-lane highway in Tallinn, Estonia for several hours and the usage of five very large trucks, including a fire ladder vehicle.   Finally there is a car chase scene involving not two, but three vehicles that would make James Bond order an extra martini.  All of this was filmed with traditional ‘special effects’ technology, which makes them even more impressive.

It is impossible to not compare this movie to a James Bond flick.  The excitement and pace of the film is directly comparable and I can imagine that the producers worked very hard to release Tenet before the newest Bond film, No Time to Die.  Like a Bond film, the filming locations are scattered around the world including Estonia, Denmark, Italy, London, Mumbai, and Los Angeles.  There is even a Russian villain (Kenneth Branagh as Sator) who, plagued with a terminal illness, has a plot to destroy the entire world when he commits suicide.  There are all the elements of a Bond film here and whatever you feel about those movies will likely influence your opinion of this one.

But there are also some big differences.  In most of Christopher Nolan’s movies, there is an important fascination with two things that you won’t find in a typical Bond film.  One is in playing with time, and the other is in creating mental puzzles that, at their deepest levels, will only be solved by extreme devotees.  Memento, for example, told the story backwards and from the point of view of someone who was totally unable to remember some things.  Inception dealt with dreams and the idea of planting thoughts by inserting experiences into their dreams.  And Interstellar involves traveling through wormholes in order to save humanity.  Even Dunkirk, set in World War II, layered three different time perspectives around a single event.  All of these films require an investment on the part the viewer if you have any chance of understanding the story.

With Tenet, Nolan may have gone too far.  There is time travel involved here – in fact there are, apparently, four different ‘portals’ which can transport people between time frames.  But the real problem is not time travel, per se, as ‘entropy reversal’.  That is sort of like time travel, but not exactly.  In this technology, humans (of the future) have learned how to somehow embed objects (including people) with the possibility of existing in a physics where energy does not seek its lowest state of energy, but rather naturally winds back to a higher state.  In such a world a gun doesn’t fire a bullet, but rather catches it as it comes back from wherever it resided (in a block of cement or a glass window.). Yeah, it is a really tough idea to wrap your head around and, despite having a physicist advise Nolan on the script, I’m not real sure everything in the movie is still perfectly consistent with that notion.  (Of course, I’m no physicist either.)

But the point is that neither is 99.9% of the audience for this movie.  And trying to keep up with the ‘reverse physics’ in this film is going to be more than a mind-full for the average viewer.  As Barbara (Clemence Poesy) tells the main character early in the movie, “Don’t try to understand, feel it.”  I’m guessing she is also talking to the audience.  Brian Tallerico (RogerEbert) wrote “Nolan goes so far down his own rabbit hole of time travel that one almost needs to take notes to keep up…”. James Berardinelli (ReelViews) noted “…this may be the most challenging of Nolan’s films to date when it comes to wrapping one’s mind around the concepts forming the narrative’s foundation: Backwards-moving entropy, non-linear thinking, temporal paradoxes.”  And Jessica Kiang (New York Times) didn’t worry about spoilers in her review because “…even attempting an explanation of a plot so contorted it’s best not to worry about it.”

So unless you are one of those rare nerds who will view this movie six times and tease out all of its puzzles – there is one involving the words Tenet, Arepo, Sator, and three more, that I don’t even pretend to understand, and I tend to like puzzles) then what is there here for you?  Will you enjoy the characters maybe?

John David Washington plays ‘The Protagonist’.  That’s correct, he doesn’t have a name and isn’t called anything by anybody throughout the film but is listed in the credits as the main character.  Washington does a terrific job here as a secret agent and would be a wonderful replacement for Daniel Craig in the James Bond franchise.  His character has the right mix of confusion and understanding to accurately place him in this role.

If he’s a James Bond stand-in, then there has to be a Bond Woman, right?  And here that role is played by the statuesque Elizabeth Debicki.  She is the highly estranged wife, Kat, of the main villain, Sator, whose only concern when she is offered the job of saving the world, is whether that includes her son.  The total lack of chemistry between The Protagonist and Kat is a thread that could have been developed and never was.  Instead she just sort of hangs out there as a beautiful side story with no real impact.

Whatever chemistry might exist in the movie is between The Protagonist and Neil (Robert Pattinson – Twilight’s Edward Cullen) who is an intriguing person with a very uncertain history (or should I say future!).  With a master’s in physics, he tells The Protagonist near the end of the movie “I’ll see you at the beginning, my friend.”  Another puzzle to figure out.

So, should you see this movie?  Well, in the end, I think the answer is yes.  But not because there is a cogent plot line, and not because there are sympathetic characters.  No, see it because the visual and aural stimulation transport you away from all the daily stresses and concerns.  (There are two scenes in particular, which it turns out are mirror images of each other, where the Protagonist is doing battle with an opponent in a hallway.  Pay close attention here as the story, and the visual effects, are all tightly wrapped up in these two scenes.)  It is truly two and a half hours of wonderful escape!  And that’s all.  (3.5 Stars) 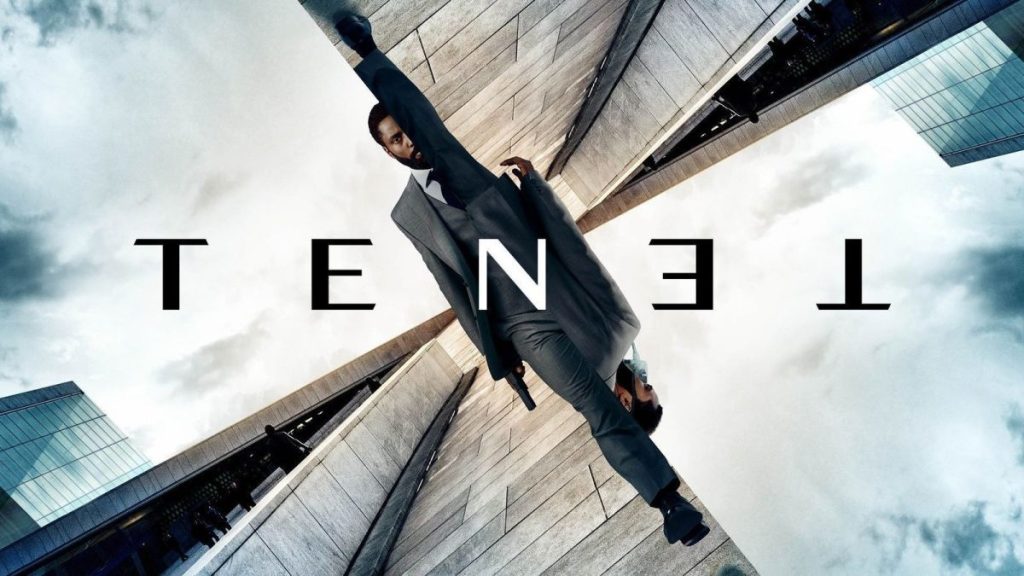