(4.5 Stars) A personal and insightful look into the fragile democracy of Brazil with lessons for the US. 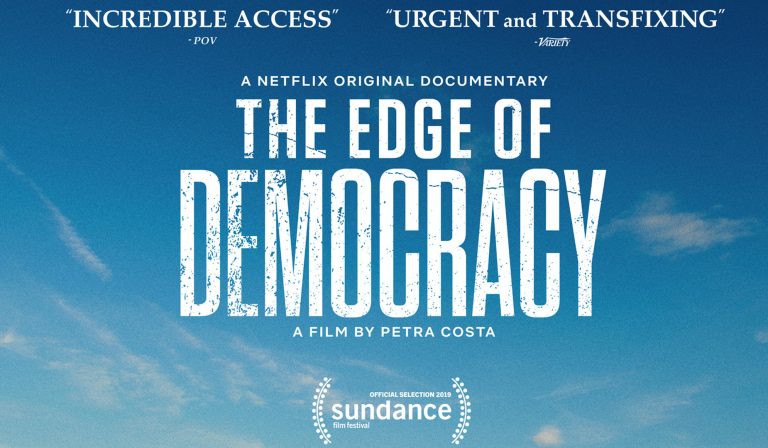 As a liberal American, one of the things I found fascinating about this documentary was how similar all the developments in Brazil were to what has happened in the US in the last few years.  Change a few names and this could easily have been about the rise of Trump.  I suppose this isn’t too surprising – the experiment with right-wing authoritarianism seems to be a world-wide movement appearing in Europe, Central America, and East Asia as well as Brazil and the U.S.  In fact, in researching this movie it turns out that the US and Brazilian recent histories actually share an actor – Steve Bannon, one of Trump’s early advisers – also worked for Jair Bolsonaro ,Trump’s Brazilian Alter-ego.  Bannon worked to spread spread social media disinformation in order to get Bolsonaro elected, similar to his corrupt activities here in the US!

The similarities between the Brazilian story told here and recent US history is not what makes this a good film.  Much of the strength of the movie comes from the biography of the director and narrator, Petra Costa.  She is literally the child of a Brazilian family that is distinctly torn apart by Brazilian politics.  Her grandparents made it big in the mid-twentieth century construction boom in that country and became avid supporters of establishment and right-wing politics.  Her parents apparently went the opposite route and became vocal critics of repressive regimes even to the point where her mother served time in the same prison as Dilma Rousseff, the Brazilian President who was unfairly removed from office by the right-wing establishment based on minor, ‘trumped’ up charges.  While Costa’s opinions are ultimately unambiguous – she is not happy with Brazil’s rightward slide – she does understand much of the reasoning behind how it happened.  No doubt, having benefited by coming from a family with a fair amount of ‘success’ would help that understanding.

Costa’s family background also seems to have given her remarkable access to film at least two of Brazil’s leaders in fairly close-up and detailed studies.  She films long and important sequences of both Lula and Rousseff – the two liberal Brazilian presidents holding office just before the right-wing ‘coup’.  She also managed to obtain audio recordings of two or three right-wing plotters which, very convincingly, establish their pecuniary interests in subverting democracy.  This kind of access is not usually available to the run-of-the-mill documentary producer.

Finally, in addition to the tight editing of what appears to be hundreds of hours of film, is the narration of the movie.  Costa herself tells the story and does so in a voice that is at once objective about what is being presented and yet so personal about how it impacts her.  It is a strange and compelling balance that, in the end, gives the movie both its truth and its emotional power.

The movie quotes many people, but perhaps one of the most appropriate is Costa’s reference to a Greek writer who said that democracy is only working when the rich feel threatened.  Otherwise, oligarchy takes over.  She also quotes one of the members of the US oligarchy, Warren Buffett.  He said “There’s class warfare, all right, but it’s my class, the rich class, that is making war, and we’re winning.”  Biden’s victory might be a temporary stay in the rise of the oligarchy in the US.  In the Edge of Democracy, you can see how it continues on with the election of someone like Jair Bolsonaro.  There is much to learn from this film.  (4.5 Stars) 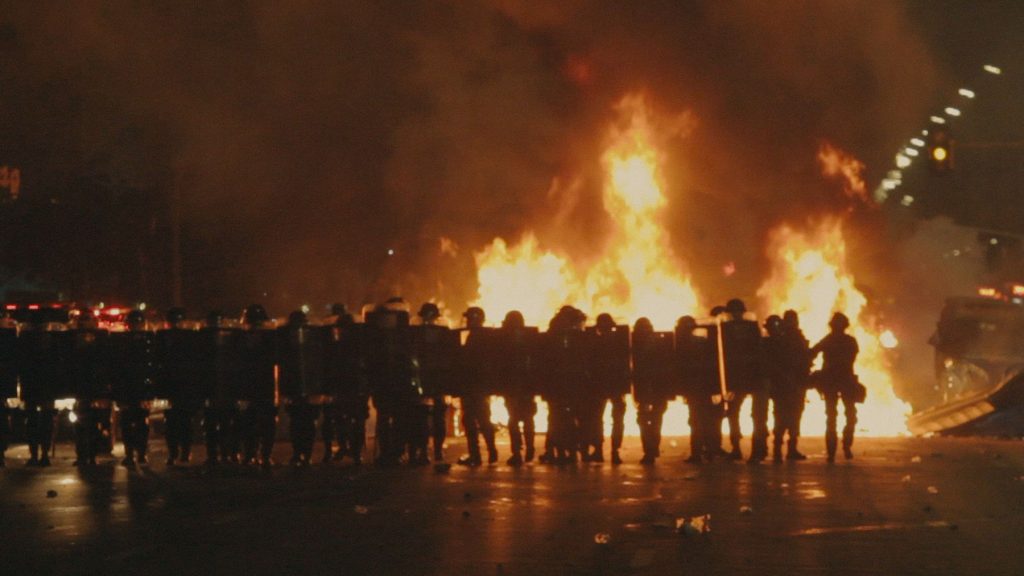