(4 Stars) Well told story of the culture clash when a Chinese business tries to run an American factory. 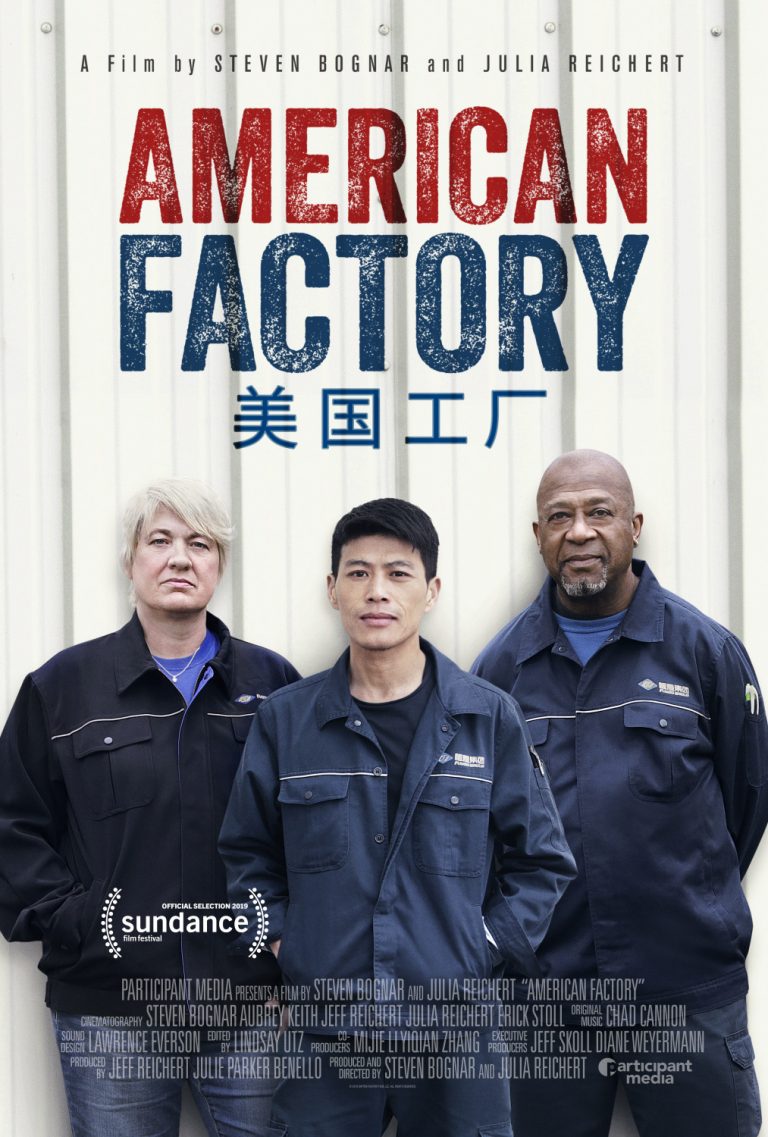 American Factory might be the second of a three-part series documenting the history of a particular factory outside of Dayton, Ohio.  The first part of the series (from the same directors) was The Last Truck: The Closing of the GM Plant.  That film documented the closing of one of America’s prime factory settings, an automobile plant, just as the ‘Great Recession’ was hitting our country.  Their Oscar-nominated film included covert images of the last truck to emerge from the plant before thousands of workers lost their jobs.

Six years later, a Chinese company bought the plant and converted it to a factory to produce glass (i.e windshields and windows) for automobile manufacturers around the world. In some sense, the Chinese were ‘White Knights’ coming in to save the American workers. Directors Steven Bognar and Julia Reichert started the next year to document what happens when Chinese management confronts American labor.  They continued filming in remarkably candid scenes for the next 2 years. (A third installment in the trilogy would pick up where this one ended and tell what has to be an interesting story after 2017.)

All you have to do to imagine the emotions in this movie is think about the phrase ‘Chinese management confronts American labor’! Initially, the film portrays genuine moments of humor and misunderstanding.  But this is a company operating under a Chinese-version of capitalism.  So maybe the humor doesn’t last too long.  The film is ultimately about culture-clash and the problems that impact so many lives, ultimately in not exactly happy ways.

To repeat a statement I have already many times recently, it is really difficult to judge a documentary because there are two targets in any documentary – the subjects of the film, and the actual film itself.  In this case the subject of the film – the cross-cultural conflict – is of obvious interest and, especially when it comes down to the lives and livelihoods of the people involved, is of significant emotional impact.  In that regard, the film’s evaluation would obviously score high right out of the chute.

Fortunately, the film also scores high as a movie.  One of it’s remarkable characteristics is the access the filmmakers had.  They interview the low-level American fork-lift operator (including filming her life in the basement of her sister’s home).  They also have remarkable footage of one of the Chinese mid-level managers, brought over to introduce Chinese methods to American workers, expressing concerns about not seeing his children.  But then they also have scenes of the company ‘Chairman’ flying in his company jet, walking around his luxurious house, and expressing his mystification at how he is going turn a profit in this strange land.  The filmmaker’s range of coverage in this story is an  obvious strength.

Another easy-to-miss strength of the movie is in the editing.  The movie moves crisply between scenes and, quite frankly, you never feel the need for a ‘popcorn’ break.  It is almost two hours long, but it moves quickly.

So this is obviously a terrific movie and one everyone should see.  I suppose that being backed by the Obamas will make it an obvious choice for us libtards. But there is certainly a reason conservatives should find this film attractive.  It might be because of how Chinese culture ‘doesn’t get it’ about Americans.  Or it might be because it exposes the flaw in the myth that capitalism is good for everyone, not just the privileged elite.

I can understand why this movie received the Documentary Oscar.  And for that I give it 4 Stars.  (But it still doesn’t have the visceral effect that ‘For Sama’ did.  Just sayin…) 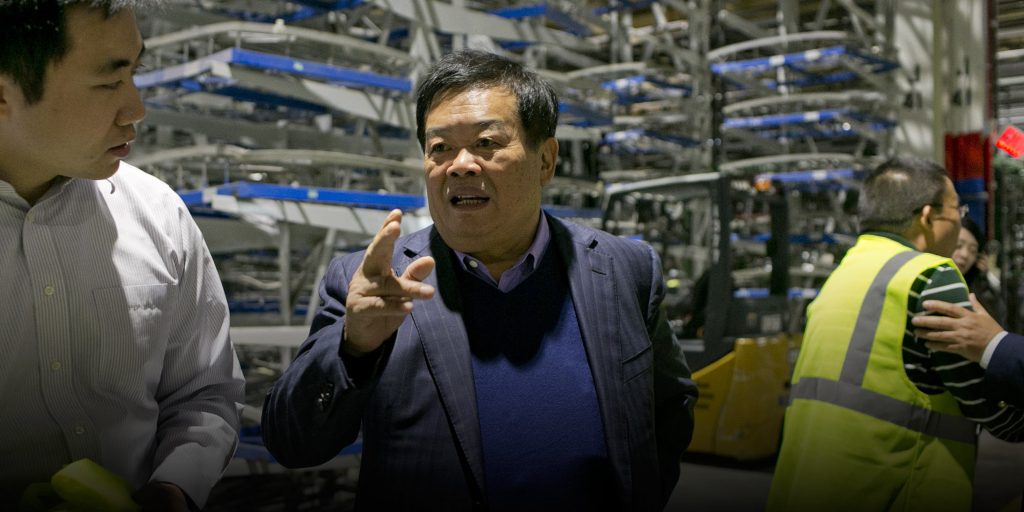