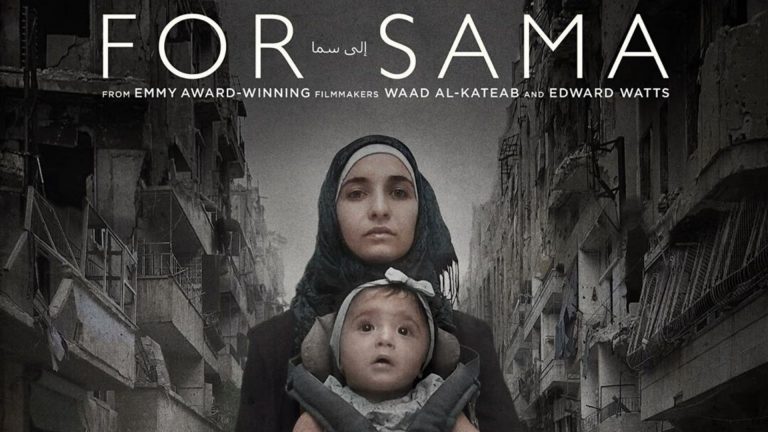 Ok, I admit it – I tend to like documentaries.  You can tell that by how high my average rating is for this year’s five nominees.  A good documentary is more than just a telling of basic facts.  If it is well crafted, it also delivers the emotional impact of a particular perspective.  A documentary shouldn’t pretend to be 100% objective – it isn’t  a news broadcast.  You should expect that the director is trying to sway you to a particular position – it is more like an editorial on page 2 than a front page news story.  All five of this year’s nominees succeed in that mission, but some a little better than others.

Two of this year’s nominees treat the Syrian civil war – a recurring theme in Oscar documentary nominees.  Both of them come from the same perspective – that what the Syrian regime (with Russian help) is doing to their people is simply inhuman and deserving of attention.  But comparing these two movies shows exactly how differently the perspective can be delivered.  In The Cave, we have a more traditional film, dispassionately documenting the bombing of a neighborhood on the outskirts of Damascus, including, ultimately, striking an underground hospital (known as the Cave).

For Sama, on the other hand, is a personal note from a mother to her baby daughter chronicling how the couple struggled for five years to fight Assad’s terror, this time in Aleppo.  Her film is a powerful attempt to explain to her baby why she and her husband made the choices they did risking the baby’s life to stay in Aleppo right up to the last moments when they make a harrowing escape to Turkey.  For me, this was the most powerful of this year’s documentaries and the one to watch if you only have time for one.

The other three explore the problems of contemporary democracy and capitalism and, in curious ways, sort of complement each other.  American Factory tells the tale of a Chinese company reopening a closed American auto parts factory and the clash of cultures that ensues.  It is an intriguing look at how important the role of values plays in the economic system.  It is also amazing how much access the filmmakers had to multiple levels on both sides of the conflict.

Access to leading characters is also an important feature of Edge of Democracy, which is a cautionary tale of how fragile democracy is and how it is being threatened in Brazil.  It is very easy to extend that argument to our own country.  What I liked most about this movie though, was the perceptive narration from the director, Petra Costas who brings a unique family background to the recent history.

Finally, Honeyland is a small little film with a powerful indictment of how capitalism, with its intrinsic focus on the short term, is devastating to both the natural and human environments.  Although all the action takes place in a small area of Macedonia, the message is as big as the entire world.

All of these films are worth watching.  And I rated them as a whole much better than the previous year’s crop.  My favorite from that year was Hale County This Morning, This Evening, a decade-long study of rural black culture told in a very different movie style.  While the other subjects (climbing El Capitan, skateboarders in an decaying midwestern town, Ruth Bader Ginsburg, and the transmission of terrorist culture in Syria) are all of interest, I didn’t find the movie craft of these four movies real compelling.

Documentaries won’t appeal to everyone – sometimes they really aren’t something you’d describe as ‘enjoyable’.  But in any case, a documentary should always educate.  So learn what you can.