Judas and the Black Messiah

A powerful drama with terrific acting from Kaluuya, but needs some work on the story. (4 Stars) 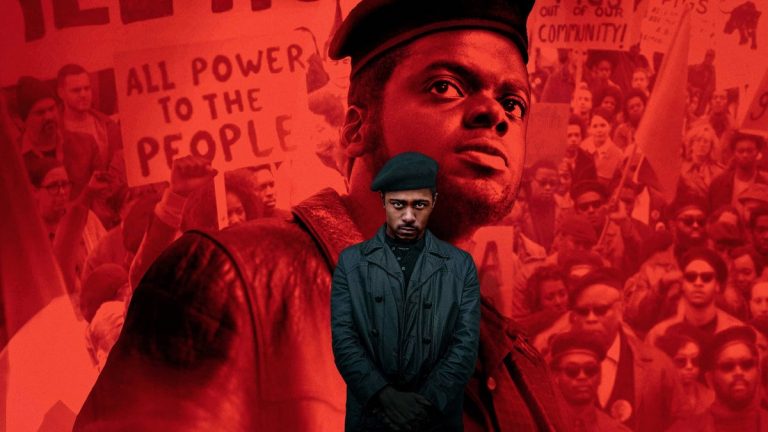 I concluded my review of Nomadland, this year’s Best Picture winner, with the statement ‘this movie needs more anger!’  But that comment certainly won’t apply to Judas and the Black Messiah.  Many viewers, as Jeffrey Anderson (San Francisco Examiner) wrote, “will likely come away battle-scarred and worn to a nubbin, which is nothing compared to what the characters themselves endure.”  Some of the scenes are so emotionally exhausting that LaKeith Stanfield (who plays Bill O’Neal and received an Oscar nomination) needed therapy sessions after the movie completed.

Recapping a bit of history, O’Neal was a Black Chicago teenager in the late 60s who became an FBI informer to get out of some unrelated car theft prosecutions.  His handler, Roy Mitchell (Jesse Plemons) steers O’Neal into setting up Fred Hampton (one of the leaders of the Black Panthers) for what turns into Hampton’s death.  That death is viewed, by many, as an overt assassination by the FBI and the Chicago police department.  (Interestingly, Fred Hampton also plays a small role in the Chicago police riots earlier that year which was the subject of another of this year’s movies, The Trial of the Chicago 7).  Hampton was feared by many whites at the time and was referred to by the FBI’s J. Edgar Hoover as a possible Black Messiah – a role that Hoover felt could not be allowed to ever happen.  So O’Neal is, clearly, the Judas in this movie to Hampton’s Messiah.

It is important to recognize, however, that it was not the Black community who labeled Hampton that way.  Instead he was referred to, by fellow Black Panther members, as ‘Chairman’, and was revered by many, if not most, as someone with a huge heart and an earnest desire to improve the lot of his fellow men and women.  While white society envisions the Black Panthers as an organization dedicated to violence, that viewpoint overlooks the substantial efforts at community organization and outreach the panthers promoted including free meals for nearly anyone who needed them.  The Panthers filled many of the gaps where government programs failed.

But it was ‘fear’ that people like J. Edgar Hoover relied on as a means to make sure that Black society would never rise to become anything close to white equals.  Calling Hampton a ‘Messiah’ was a tactic guaranteed to generate the fear and indignation necessary to support oppressive means, even including murder.  (It is remarkable how little has changed in fifty years.  Read right wing politicians and their irrational fears over Black Lives Matter!)

Yes, I’ve digressed a bit – this is a movie review, not a political column.  But getting the politics right is important to appreciating this movie – it is a story with huge political overtones.  But, unfortunately, even if the politics are accurate, it isn’t necessarily a terrific movie.  Although Oscar-nominated for its screenplay, I found the script uneven and even a little choppy.  There is an overly long scene with J. Edgar Hoover (Martin Sheen) that really doesn’t go anywhere and destroys the momentum of the movie.  Furthermore, O’Neal’s handler, played by Jessie Plemons, is sort of squandered.  We sort of get a sense that he is not really accepting of what he is asked to do, but we don’t get any expression of outrage, regret, or remorse – you think he is going to be an important character (even appearing at a Black Panther meeting incognito) but his internal feelings remain unexplored.

The biggest problem with the script, and the movie, is in how they handle Bill O’Neal.  Ostensibly, this movie is about the relationship between him and Hampton – Judas and Messiah.  But the film never really centers on what is motivating O’Neal – if he is as shallow in character as the facts of his betrayal suggest, then why is he elevated to such an important role in this story?  Are we supposed to feel for Billy?  Or despise him for his betrayal?  The movie never really guides us to a definable position.  Now part of that might be because, factually, the real O’Neal has communicated mixed messages about his role and his motivations.  But the film labels him a Judas and then paints him as a confused, misguided soul who, essentially, didn’t even know what he was doing.  (Factually, it isn’t real clear that he did what the movie says he did in the climactic finale.)

And that leads us into one of those Oscar anomalies.  Daniel Kaluuya (Hampton) and LaKeith Stanfield (O’Neal) were both nominated for their acting performances, but not for Leading Actor, but both for Supporting Actor.  Clearly Kaluuya is the Leading Actor in this film while Stanfield is relegated to a supporting role, so why the producers chose to put Kaluuya in for ‘Supporting’ is strange.  Kaluuya’s portrayal of Hampton is riveting and passionate, and, although he won the Supporting Actor Oscar, I think he would have given Hopkins good competition for Leading Actor.

A supporting actor that wasn’t nominated, but deserves mention is Dominique Fishback, playing Deborah Johnson,  Hampton’s girlfriend and mother of his child.  Fishback illustrates the power of a good supporting actor in how she is able to draw out Hampton’s vulnerable side, painting the other side of his powerful character.  In one scene, she recites a poem she wrote for Hampton – it is a beautiful poem and Hampton’s ability to appreciate it is testimony to his character’s complexity.  (Apparently Fishback composed the poem herself, without the help of script writers.  We should be on the lookout for this actor.)

The film received three other nominations – Cinematography, Original Song, and Best Picture.  Sean Bobbitt – who also did the filming for 12 Years a Slave – shows his ability to capture the skin tone variations that are often lost in movies with people of color.  H.E.R. (And partners) won the Oscar for their Original Song “Fight For You”.  And, OK, it is rousing good song.  But it also arouses a pet peeve of mine – Oscar nominated songs that don’t appear until the Credits roll.  I think that Oscar-nominated songs should play a role in the story itself – not as we are wrapping up our experience and shutting down the AV system.  So, even though it is a terrific song, I don’t agree with its award.

And Best Picture material?  No I don’t think so.  Of course it didn’t win Best Picture either (Nomadland did and I didn’t like that film all that much either.). Still, Judas and the Black Messiah is a good film that should be seen for its political message and for the acting of Daniel Kaluuya and Dominique Fishback.  There you have it!  (4 Stars) 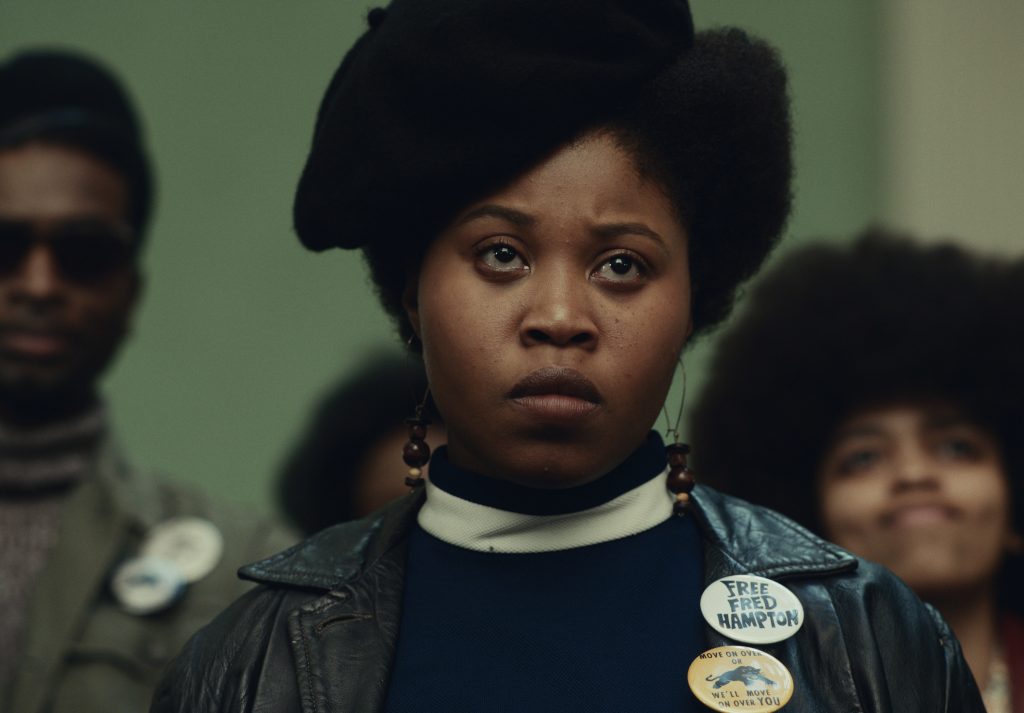