(3.5 Stars) An exceptional performance by Zellweger in an otherwise mediocre movie. 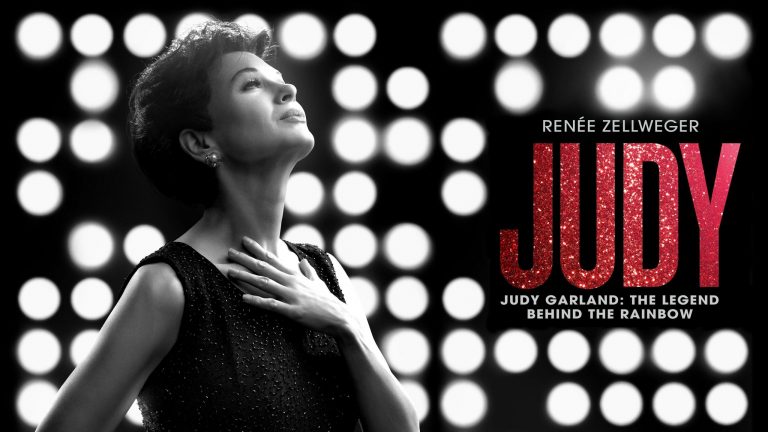 From that fact, there are two important observations about this movie: the first being, of course, that Zellweger does a simply brilliant job in this movie.  She obviously puts every ounce of her soul and her body into this performance.  She spent over a year taking voice lessons and, despite what one critic mistakenly said, she sings every last Judy Garland song herself and brings to each performance wonderful interpretations which, even if not exactly like Garland’s originals, still provide sufficient emotional power to bring them home.  Reportedly, she lost some 24 pounds to look more like Garland. And she studied Garland’s performances to bring to her role even some of the facial tics and body movements that characterized the Oz legend.  Lisa Mullen (Sight&Sound) wrote “With a jaw-dropping performance from Renee Zellweger at its pulsing, neurotic heart, the film is funny, warm and satisfyingly self-aware.”  Manohla Dhargis (New York Times) echoed “Zellweger’s performance is credible, with agitated flutters and filigreed touches, though it leans hard on Judy’s tremulous fragility, as if she were a panicked hummingbird.”

Zellweger is not a stranger to the Oscar races.  She burst onto the Hollywood scene with her performance in Jerry Maguire.  Then, in the early 2000’s she entered Oscar territory three years in a row, nominated for leading actress performances in Bridget Jone’s Diary, and then Chicago, followed by an Oscar winning performance in Cold Mountain.  Now, seventeen years later, she puts the crown on for her role as Judy.  Zellweger has always had a thoughtful and deliberate approach to her performances and her almost-squinting eyes give her an unusually distinctive look.  Her look and her quirky behaviors have always intrigued me and I’m glad she has finally brought home the ultimate Oscar.

She had a little bit of help – a tiny bit.  The movie was nominated, but did not win, for Makeup and Hairstyling.  Apparently, Zellweger’s nose needed just a little prosthetic extension.  They also added Garland-appropriate contact lenses and a cropped, walnut-brown wig to complete the look.  While the makeup and hair certainly add to the Judy Garland effects, it is Zellweger’s emotional costume that carries the role.

And that brings us to the second observation about this movie – if you take out Zellweger’s performance, you don’t have much left!  Simply put, Zellweger does a fantastic job in an otherwise mediocre movie.  The costumes are all appropriate and probably authentically match at least some of what Garland wore, but there is nothing exciting about them.  The production design is bland and the sets are uninspired.  The movie was filmed almost entirely in London, which is fitting for the part of Garland’s story being told, but the hotel rooms and club halls are not particularly grand by any measure.  Cinematography is only occasionally interesting and there really could have been some fabulous mixing of close-up and audience perspectives during performances that just aren’t there.  And the editing is really kind of pathetic with long drawn-out scenes (when she isn’t performing) that really test an audiences endurance! Ultimately, the blame for all that falls with the writer (Tom Edge) and director (Rupert Goold) both of whom apparently have more experience with the cooler medium of British television shows than Hollywood movies.  I am totally unaware of any of their other work and I’m not sure I want to be.

I guess that shouldn’t be a total surprise.  The movie is a primarily-British production and was filmed entirely in London.  Given that this is about the last six months or so of Garland’s life, when she had gone to London revive her career and save her family, there are some definite affinities with the English sensibilities.  Still, though, I can’t help but think that if Zellweger hadn’t applied herself so brilliantly to this movie, there wouldn’t be any particular reason to see it!

And that really is a shame.  Garland’s life has tragedy written on it from the very beginning.  Although our vision of her as Dorothy in The Wizard of Oz is of America’s hopeful sweetheart, the emotional devastation of the Hollywood system was already tearing her apart.  In the movie’s flashbacks to her origins in that movie, we see how she was insanely deprived of not just her childhood, but also of basic humanity.  In one of the best lines of the movie Judy says “I just want what everybody wants.  I seem to have a harder time getting it.”  Zellweger, sadly, shows that all Garland really wanted, across her entire life, was just to be loved.

There is a profound scene near the end of the movie where Garland, after yet another unfortunate ending, is invited to share in some going away cake.  Garland picks at the cake like she had never really tasted one before.  As she takes a bite, Zellweger shows us just what it might be like to experience something you have never been allowed to share before.

Garland died of a barbiturate overdose in 1969 at age 47.  She had been addicted to pills for quite some time and most believe that it was not one dose of pills that killed her but rather a suicide over many months.  Interestingly, Renee Zellweger was born that same year.

This is another movie that is difficult to rate.  Zellweger’s performance is worth five stars.  But a film is supposed to be a collaborative effort and the rest of this movie’s people fail to come up to her level.  For that I end up giving the movie just 3.5 Stars. 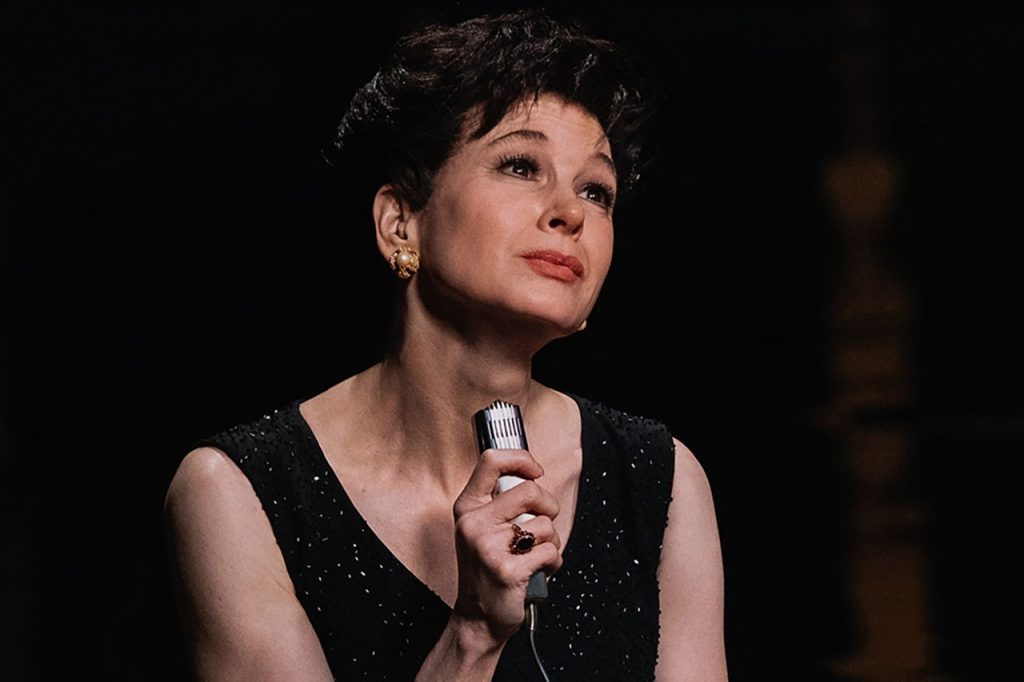