(2 Stars) Be aware of what you are getting yourself into - this isn’t for everyone! 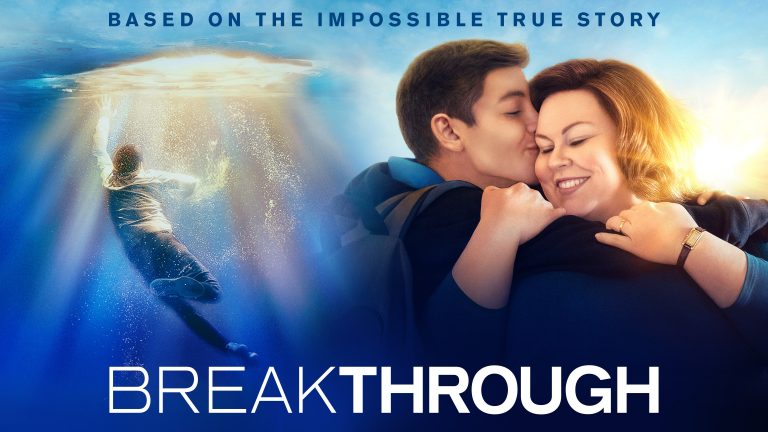 On Monday, January 19, 2015 (Martin Luther King Jr. Holiday), in St. Charles,  Missouri, three teenage-boys were playing on ice like teenage boys just might do.  At some point, the ice broke and all three entered the cold water.  Two of them were rescued, but John Smith (14) was underwater at least 15 minutes, and possibly 20.  Rescuers found his cold limp body under ten feet of water and immediately started life-saving procedures.  He was rushed to the hospital where, after about an hour of no pulse, the emergency room doctor was ready to pronounce him dead.  However, his mother had arrived and , touching his cold feet and hands, prayed to God to bring him back.  After an hour of no heartbeat, his pulse suddenly resumed beating, although he was extremely weak and unconscious.  He was airlifted to a much bigger hospital in St. Louis where an expert in drownings tended to the case but did not offer much of a hopeful prognosis believing that, even if he survived, his brain had suffered such trauma that he would be little more than a vegetable.  Sixteen days later, John walked out of the hospital, stunning the medical community.  Two years later, the mother wrote a book ,“The Impossible”, retelling the story, and last year the movie Breakthrough was released, based on the book.

The movie, being a movie, takes a few poetic licenses with the facts, but seems to have adhered fairly well to the actual story.  In the movie, the lake is 25 feet deep which makes the rescue more remarkable.  And, even more dramatic, Tommy Shine, in the movie, hears a voice telling him where to search just before discovering John’s body – a voice that no-one else hears.  In the real incident, Shine reports feeling that he was ‘being sort of directed’ to search in a particular area, but didn’t really ‘hear a voice’.  The church Pastor Jason Noble did organize a vigil for John as he was recovering, but it was in his church, not in front of the downtown hospital where John was struggling for his life.  And he has a girlfriend in the movie, but maybe not in real life.

But, hey, this is a movie ‘based on true life events’, not a documentary.  So license is allowed.  And so it appears that, for the most part, the movie does an accurate job of portraying what even the agnostic doctors report as a ‘medical miracle’.  Given all the known medical facts, John shouldn’t have survived and even if he did survive, he shouldn’t have been able to function normally, much less just walk out of the hospital on his own two legs barely two weeks after his ‘drowning’ and being clinically ‘dead’. The movie portrays this as a ‘miracle of faith’ – that God gave John his life back, completely untouched, based on the overwhelming expression of faith from his Mom and the support from his church and school.

The movie was nominated for the song “I’m Standing With You” by Diane Warren.  Ms. Warren has an impressive song-writing career with 90 hits in the Billboard top ten including 38 songs that hit #1.  She has been nominated for the Original Song Oscar 11 times starting in 1987, although she has never won.  The song, sung by Chrissy Metz (who plays Joyce Smith in the movie), is just fine and strikes all the emotional chords that the movie is designed to resonate.  Significantly, though, (and I’ve argued this before), the song doesn’t play until the ending credits and, therefore, is not really integrated into the movie’s story.  To me, this is cheating and, in fact, cheapens the Oscar in this category.  They should simply add a category to the Grammy’s if that’s the only requirement.

The movie was filmed in Winnipeg, Canada on a very small budget ($14 million).  And, let’s face it, there isn’t a whole lot of other points, other than the story, to recommend the film.  None of the technical team illustrates any outstanding talent, although some definite work was put into the underwater scenes.  And the cast was basically unremarkable.  Josh Lucas, who also starred in Ford v Ferrari and some other good movies, plays Brian Smith, John’s father, but doesn’t do a terrific job.  And Dr. Garrett, the St. Louis doctor who oversees his recovery, is handled a bit awkwardly by ‘that’s totally the guy’ from the Allstate commercials, Dennis Haysbert.  Chrissy Metz plays the mom, Joyce Smith, but I can’t say I am familiar with any of her other work.  Simply put there’s not a whole lot to talk about here.

Director Roxann Dawson has a long history as an actress and director, mostly in television.  She has recently directed episodes of The Americans, House of Cards, and Mercy Street.  (She also directed and played a Klingon on several Star Trek episodes).  She is a devout Christian and has directed several ‘faith-based’ movies.  And she has been quoted arguing that ‘faith-based’ movies are difficult to make in Hollywood and automatically tend not to receive the support other movies might just because of their message.

I’m not sure exactly what to make of her critique, much less of the message of this movie.  According to the critic’s MetaScore, this movie ranked 37th out of all 38 movies in this year’s Oscar list, just above the Maleficent movie.  So maybe she has a point.  When I researched the movie looking for reviews from my normal list of eight or so reviewers, I found only one (from RogerEbert.com, Mark Dujsik) – none of my other usual sources even bothered to review the film.  So did reviewers even actually watch the thing?  Or did they dismiss it out of hand?  That’s a difficult question to answer, but tends to support Dawson’s argument that movies like this are unfairly ignored.

But, just maybe, there is something else going on here.  The IMDB audience rating gave Breakthrough just a 6.2 (out of ten) rating, based on nearly 8000 votes.  Significantly, general audiences placed this movie at the absolute bottom of all 38 movies this year, even below the Maleficent movie!  And these are the unpaid movie-viewers, not the paid critics.

The problem, I think, is that this movie is manipulative and overbearing in its message.  As critic Dujsik wrote “This movie only offers sympathy towards those with the ‘right’ kind of faith.  For everyone else, it offers pity, disdain or impatience…(It is) less a story than it is a sermon, aimed directly at the choir and nobody else.”  The movie affects you – you need a Kleenex or two.  But after stepping back from the movie, I felt a bit of resentment at how heavy the hammer was.

In my view, there is much in this world that we do not fully understand.  There is I think, as Eastern religions profess, a delicate and profound field of energy that connects all things (Chi ?).  We are only at the beginnings of understanding how that field interacts with the matter of our everyday existence.  Our brains are involved at the crux of that interaction and yet we understand so little about how that works.  Is it possible that, against all odds, that one kid, with the urging of a loving mother, and the wide support of the minds of many others, could heal the damage checked by a cold body?  Sure it is.  Is that God working through faith?  Maybe.  Or, maybe, it is something much much bigger…

The movie, like much of organized religion, doesn’t allow us to go there.  Breakthrough is a tear jerker.  But know that you are being led down one particular path.  For that I can only give it 2 Stars. 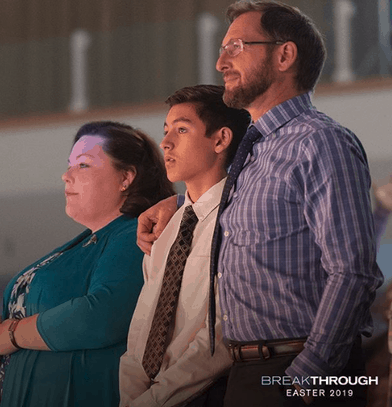