(2 stars) 2019 Some delightful animation, but the movie is in search of an audience. 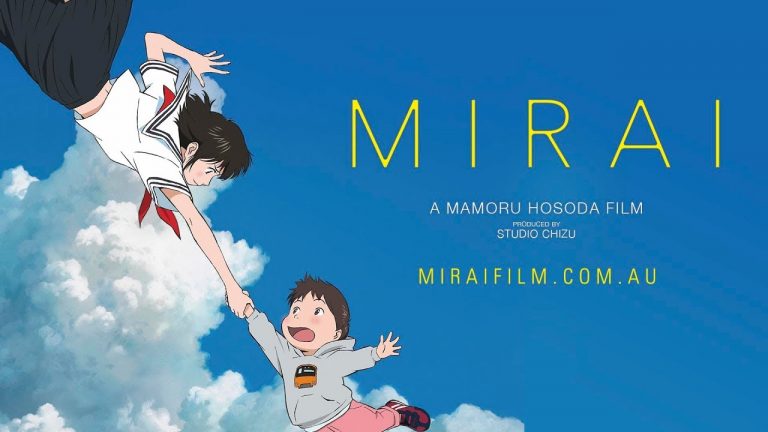 “I’m not sure who the audience is here but it wasn’t me” wrote Mary Ann Johanson (FlickFilospher) about this animated feature. Strangely, that was the exact response our movie group had when the movie finished – just who was supposed to watch this movie? Andrew Osmond (Sight & Sound) wrote “For all its invention and conceptual innovation, it may struggle to find an audience beyond the director’s followers and fans of non-conformist animation.” In short, this is a movie with an occasional dose of interesting imagination, desperately searching for an audience.

Critics generally put this movie just about in the middle of the 37 Oscar-nominated movies for 2019, but audiences placed it just fifth from the bottom of the stack. Once again, this is the kind of movie where the professional critics seem to find a good idea or two, but the general public is just not going to put up with it.

Mirai is a Japanese anime movie, although it is one of the few Oscar nominees from Japan not from Ghibli studios. It is the brain child of writer/director Mamoru Hosoda who has given us well-reviewed features like Wolf Children and Summer Wars (neither of which I have seen). In Mirai, he turns his attention to the problems encountered by a young boy when his parents come home from the hospital with a new baby sister. To say that he is jealous of the attention his parents give the new baby, Mirai, is putting it mildly. Like any young kid in today’s world, he throws tantrums a lot and acts out, including attempts to throw his toys at his new sister.

The movie then moves into trying to explain and resolve this young child’s feelings – a rather overly-ambitious effort that earned it a comparison to Pixar’s Inside Out – and that is where the thing begins to lose its audience. Trying to explain a toddler’s emotions is a bit like trying to reconcile Relativity and Quantum Theory – it is a rather impossible task that is not likely to succeed from the get-go. 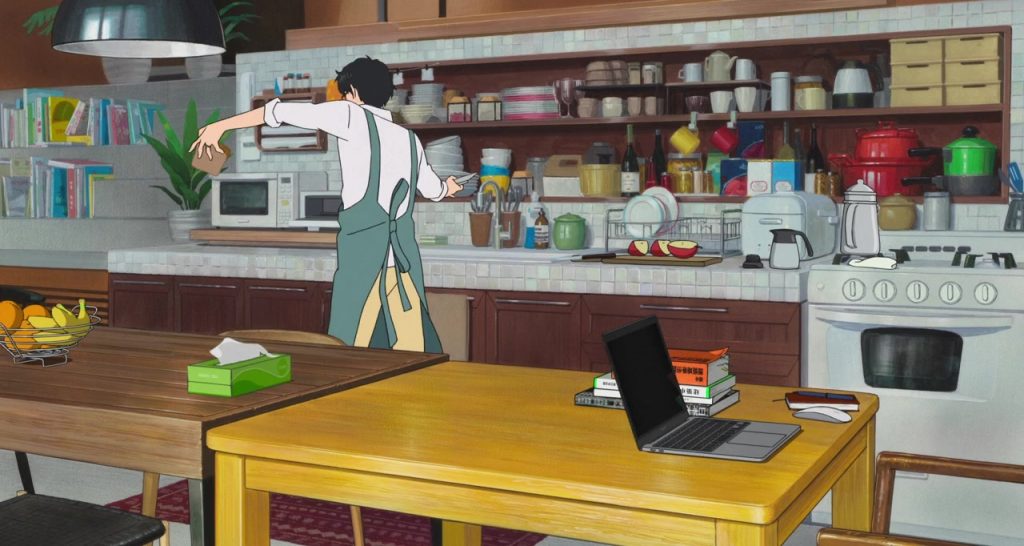 If the task isn’t awesome enough in this goal, then there is how he does it – by having the boy entering fantasy worlds where he encounters beings representing his family members – his great grandfather, his mother, his sister, even his dog – as they appear in either the past or the future. This imagery is where the movie earns its ‘Fantasy-genre’ label and, admittedly, includes some stunning animation work. (A scene I especially enjoyed occurs in a fantasy Tokyo train station where lost children are routed to a rather frightening spot via a monster-train and directed by robots).

The lessons learned on these fantasy trips are clearly important moral teachings and are certainly valuable in growing up. But they are presented in such a fantastical way that children are likely to be overwhelmed, and possibly even scared out of their wits, while adults will view them as heavy-handed and preaching. So who exactly is supposed to see this movie? One reviewer suggested it might be appropriate for pre-teens (like 10-12 year olds), but I think it’s going to be tough for them to identify with a toddler as the main character. Another reviewer suggested that young parents might get some value from this movie, but I really can’t imagine that they have the time for it.

The fantasy scenes were, for me, the most interesting part of the movie. I enjoyed much of the animation technique that signifies some real creative talent. But my gauge of anything movie-wise is how it helps to tell the story and convey the messages of the film. Here I felt that the visuals failed miserable. As Simon Abrams (Rogerebert.com) wrote “The hallucinatory interludes are so dramatically under-developed that it’s often hard to nod in agreement with the film’s trite but true-enough life lessons.”

I really wanted this film to be good. It was not only the last movie in our animation festival, but also the last of all the 2019 Oscar-nominated movies. I had saved this film for the end because I had high hopes for it. Unfortunately, aside from some interesting visuals, this film is a dud. (I give it 2 stars only for some of the creative animation). Don’t say I didn’t warn you!

PrevRecommendations by Genre 2019
How to Train Your Dragon: The Hidden WorldNext