(2.5 Stars) A disappointing remake when it could and should have been much better. 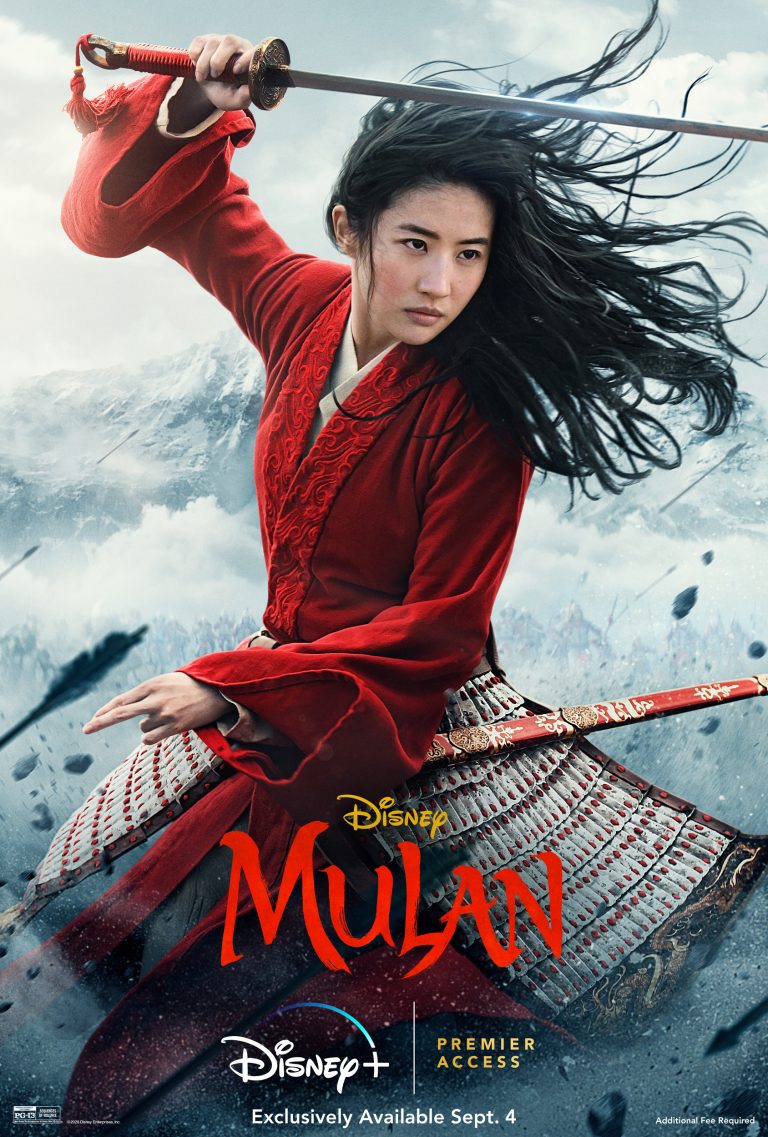 The original animated 1998 Mulan film, had character voices by Americans like Eddie Murphy, Miguel Ferrer, and BD Wong. Even Ming-Na Wen (Mulan), was an American immigrant, originally from Macau.  The first film received great reviews from critics.  It was also a huge success at the box office, reaping more than three times its budget of $90 million.

This new, live-action, version of Mulan, did a few things right. They used, almost exclusively, Chinese actors to play nearly all the major parts.  They filmed in China providing a cinematic authenticity that Disney has tried to provide in many of its recent live action remakes.  The costume designer, Bina Daigeler, spent a year in China researching clothing design of the period in a successful attempt to make the design not just more appropriate, but also stunningly beautiful. And, with a budget more than double the original film, the visual effects team included live action stunts and special effects that mimic the Chinese martial arts movies of recent decades, like Crouching Tiger, Hidden Dragon.

Yet, despite all these positive attributes, the movie ultimately falls nearly flat on its face.  It is one of the few family movies where the audience rating is substantially below the critical rating.  (This movie currently falls next to the bottom of all 41 Oscar nominated movies in IMDB audience reaction). Usually family enthusiasm drives the popular rating skyward while the critics look at it from a more ‘adult’ framework.  Honestly, part of the low audience rating might be Chinese objections to the American attempt to tell a prototypical Chinese tale (The Ballad of Mulan is an ancient Chinese story).  Negative reaction may also be driven by a liberal American response to the fact that many of the film’s Chinese scenes – stunning in their expanse – were filmed in the Chinese state of Xinjiang, the same state where Chinese authorities are guilty of ruthless oppression of the Muslim Uighurs which possibly includes genocide.  Liberal opinion is that by filming there, Disney gave implicit approval to what Chinese authorities were doing there.  (It probably doesn’t help that Yifei Liu (Mulan) also expressed sympathy for the Hong Kong police in their crackdown on dissidents in that torn city-state.)

It isn’t clear to me how much Disney was aware of what they were doing – or whether they should have been.  But their blissful ignorance might well be just another expression of what is really behind this film’s failures – it isn’t clear that anyone really cared about this movie, except as an attempt to make more money.  In a nutshell, the film lacks heart and soul.

And it is difficult for me to say that.  I mean, who wouldn’t want to root for a film, in this #MeToo environment, where a ‘girl’ tries to melt into a man’s world by pretending to be a male.  But then finds her True identity, literally lets down her hair, and blossoms into an enemy-conquering woman leader?  It attempts to be a feminist movie, emphasizing Mulan’s self realization, especially in the context of being motivated by an powerful opposing witch, Xianning.  What could be better than two women out-fighting two armies of men?  Yes, you want this movie to succeed.

Ultimately, I think the film’s failure lies with the director, Niki Caro.  Despite directing Charlize Theron and Frances McDormand to Oscar nominations in North Country, and Keisha Castle-Hughes (another very young woman) to another Oscar nomination in Whale Rider, Caro seems out of her element in a movie this big in a culture this different.  Caro, from New Zealand, doesn’t seem to ‘get’ the cultural nuances of Chinese actors and is unable to  direct them to their inner emotions.  Yifei Liu , as Mulan, is appealing enough, but we never really get inside her head, or her heart.  She affirms allegiance to the standards of “Loyal, Brave, and True” that are engraved on her Father’s sword, but we are never shown why they are important to her or why they serve as such strong motivators.  It is also unfortunate that Mulan’s nearly-romantic relationship with a fellow soldier in the original movie, is virtually ignored in this one.  Mulan might be a mighty warrior with amazing chi, but we really don’t learn much about how she thinks or feels.

Yes, there are terrific fight scenes suggesting careful choreography and masterful technical visual manipulation.  But they aren’t connected to the people performing them.  It’s almost like the director said something like ‘cut – now we go to the fight scene’ with no explanation of why it was important.

Then there is the role of music.  The original Mulan is, like a lot of Disney animated films, almost a musical with lots of songs interspersed in the action.  Part of what gives that movie its soul is the presence of a sequence of strong tunes.  However, in this Mulan, the music virtually disappears.  Christina Aguilera reprises her role in singing two of the most important songs from the original (“Reflection” and “Loyal, Brave, True”) and updates the songs for the contemporary environment.  But like in so many movies these days, the songs appear in the credits – they aren’t connected to the story except as a reprise at the end.

Disney obviously had great hopes for Mulan as evidenced by a $200 million budget.  And, possibly, Covid may have impacted the return substantially.  But we can’t ignore the incredibly negative audience reaction – very unusual for a Disney film.  Clearly Disney executives got excited by the prospect of dollar signs and the director and writers were unable to get much beyond that.  Some kids might like it, but if they are old enough to put a review in IMDB, I’m guessing it won’t be a positive one.  (2.5 stars for the costumes and the visual effects.) 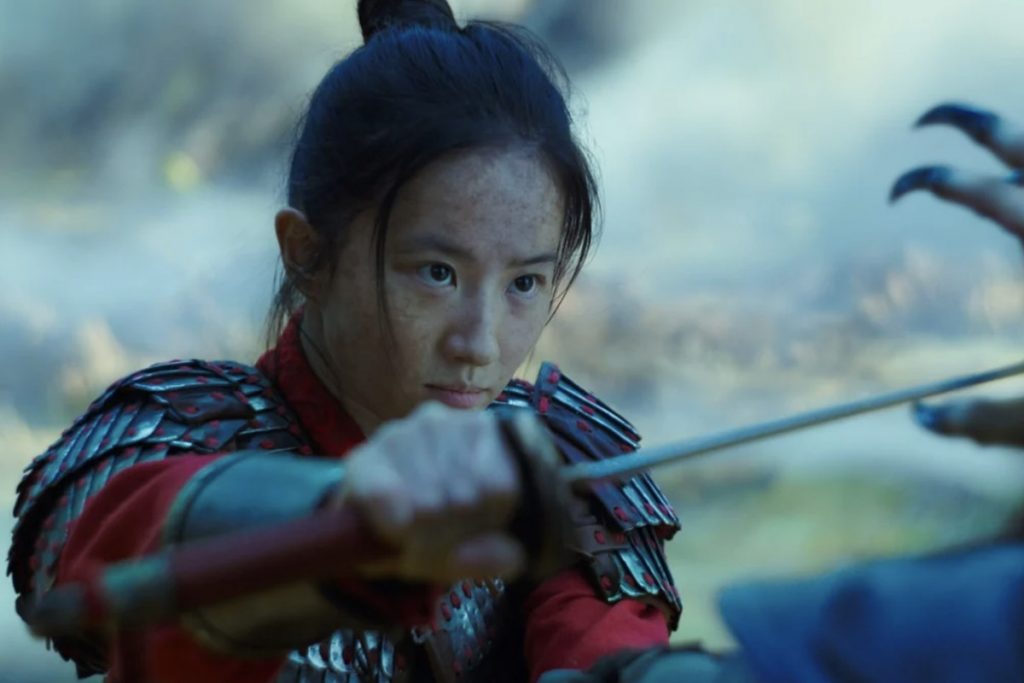