Pieces of a Woman

(3.5 Stars) Outstanding performance from Vanessa Kirby, but the movie lets her down after the first half-hour. 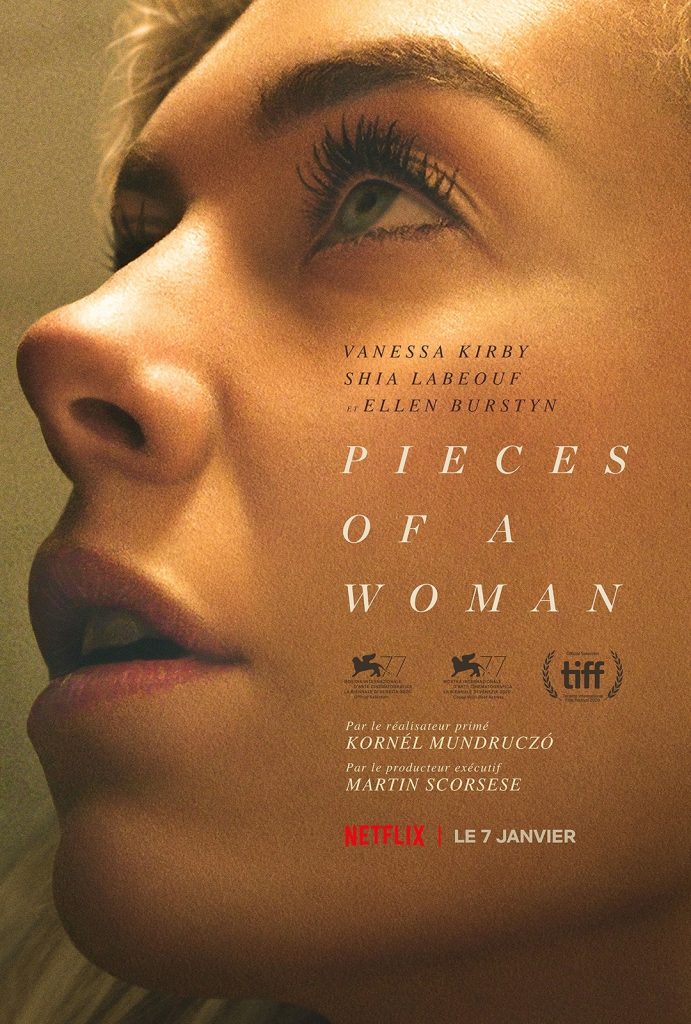 The first thirty minutes of Pieces of a Woman are some of the most intense movie-making scenes I have ever viewed.  It is, of course, not unusual for women to give birth – they’ve been doing that for years.  (Men, if present at all, tend to look-on in varying degrees of uselessness).  What makes this birth perhaps a little unusual is that it is a fairly difficult labor, it is a home-birth, without medications, mediated by a mid-wife, and it doesn’t end perfectly well.

Oh, and, by-the-way, it is entirely staged.  Vanessa Kirby, who plays Martha, the Mom, has never had a child before and so is truly acting every single minute of the scene.  With amazing cinematography implying that the camera was just about everywhere at once, the scene feels real-time.  Those thirty minutes took two full days of shooting and six takes to fully realize – two days that had to be absolutely exhausting for all involved, but especially Vanessa Kirby.

Kirby is an English actress probably best known for playing Princess Margaret on the British television series The Crown.  She wasn’t the first choice for this role, but was so challenged by the idea of acting through a childbirth that she flew to Hungary to meet the writer and director and pitch herself for the role.  I can only say that Kirby’s performance in the first twenty minutes definitely earned her a spot in the Leading Actress  Oscar race and, frankly, I am debating whether she should have won the Oscar or Andra Day (United States vs Billie Holiday).  (We will get back to that towards the end of this review.)

The writer and director are two Hungarians who, apparently, based this story on their own personal tragedy.  Kata Weber wrote the screenplay for the film and her partner, Kornel Mundruczo, directed the movie.  (They also wrote and directed two earlier movies, Jupiter’s Moon (2017) and White God (2014), although I have to admit I haven’t seen either one of them).  Much of the intensity behind this movie comes from their own tragedy and their keen observations that humans aren’t well prepared to deal with significant tragic loss.

But they assembled an interesting team to help them.  Howard Shore, who won two Oscars for the music to Lord of the Rings films did the music for this film which is magnificently supportive of the emotions without being overwhelming.  And I’ve already mentioned the astute cinematography by Benjamin Loeb, another person I am unaware of.

To amp up the star-power a bit, they recruited Shia LaBeouf as Martha’s partner, Sean.  Mr. LaBeouf brings a certain amount of negative Me Too baggage to this film, but I sense that might have been intentional.  Despite being really supportive during the birthing scene, he later kind of evaporates when Martha’s mother, Elizabeth, actually pays him to simply leave.

Elizabeth, who has problems of her own and is as controlling as any of the worst mothers can be, is played by Oscar winner and six-time nominee, Ellen Burstyn.  She plays Elizabeth with a degree of crustiness and dominance, that makes her someone you just can’t come to like.  There is one scene where she delivers a paragraph-long diatribe berating her daughter and telling her how she should behave after her loss.  It almost has Shakespearean qualities to it.

But the speech really doesn’t work very well.  And neither do big pieces of the film after that initial 30 minute birthing scene.  Yes there is raw emotion in lots of places, but it seems the writer and director couldn’t quite navigate the story they wanted to tell.  I’m not sure, for instance, exactly what the importance is that Elizabeth is a holocaust survivor.  If that’s supposed to mean that she somehow values life more than others, than why is she so blithely unaware of what her daughter is feeling?  And, although I get the idea behind the courtroom sequences towards the end, Martha’s little speech to the court is out of joint, like it was crammed in to make the whole story come to the desired conclusion.

To illustrate in simple fashion what the problem is with this movie, please pay attention to a 35 mm SLR camera.  The pictures from that camera come back towards the end of the film and they have a profound impact on Martha and how she chooses to proceed.  But the problem is, why was the damn camera there in the first place?  In the same time sequence where Sean uses the camera to take pictures of the child birth, he also uses his late-model smartphone, which we all know can take pictures every bit as good as a 35mm SLR.  But smartphone pictures are instantly available – you don’t have to wait to get them developed.  So the only reason Sean switches to an outdated camera is because the story needed some new development at the end to jolt Martha’s thinking in new directions.

The whole sequence was really bizarre to me and reflects what I think might be the problem behind this movie.  That the writer and director suffered a personal tragedy is not to be minimized, but perhaps they really weren’t ready to fully release their story, so maybe they ended up dancing around it in ways that ended up becoming overly artificial.

So what we have here is a fabulous performance by an actress in a movie where the crew- especially the writer and director – was maybe not fully able to support.  In my years of watching and reviewing “Oscar-nominated movies”, I’ve seen this pattern a lot – the Leading and Supporting Actress nominations, more often than the male Actor categories, occur as stand-alone nominations.  In other words, actresses do not get the highest grade supporting crew (especially writers and directors) that actors get.  Andra Day and Vanessa Kirby received the only nominations in their films.

Another way of analyzing this trend is to look at Acting and Best Picture nominations.  Among the ten male Acting Nominations (5 Leading and 5 supporting), eight of the movies they appeared in were also nominated for Best Picture.  However, flip over to the female side and only five of the movies they were nominated in also received Best Picture nominations.  A similar pattern applies in every year for which I have looked at the data.  What this implies, is that good female actors are often expected to carry the film all by themselves, while male actors enjoy a lot of broad support, usually appearing in movies with lots of other nominations.  Vanessa Kirby and Andra Day were stellar flashpoints, in otherwise not-so-great films.

So, should you see Pieces of a Woman?  Well, it is definitely not for the faint of heart – that first thirty minutes will exhaust most viewers.  Both men and women, especially if you haven’t been involved in a childbirth before, should probably see this film to understand, at least somewhat vicariously, what a woman endures.  After that, the film is something of a mixed bag, but it is raw drama.  Continue watching at your discretion.  (3.5 Stars) 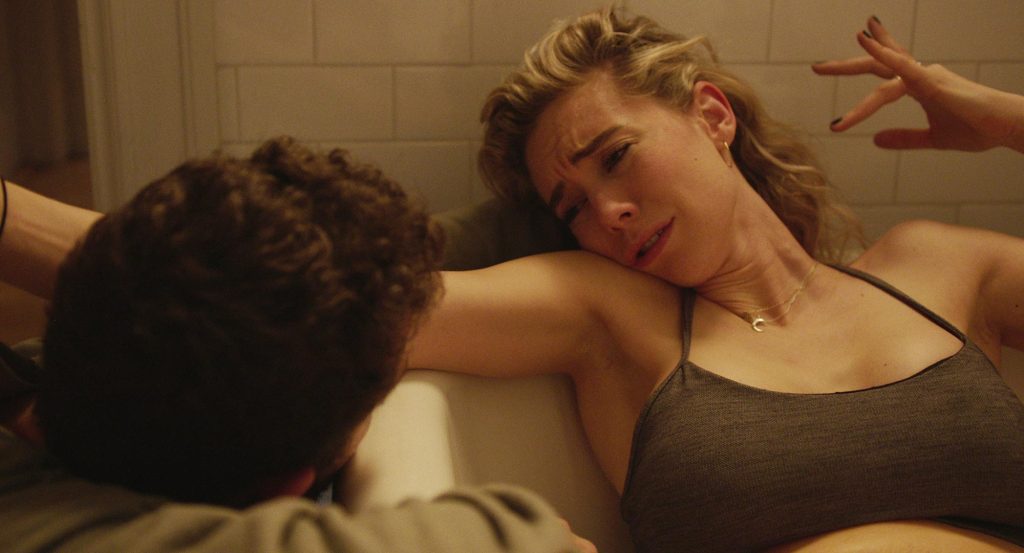