(4.5 Stars) A terrific thriller that is also a romantic comedy and a social commentary. Fun in many ways, but with an important message. 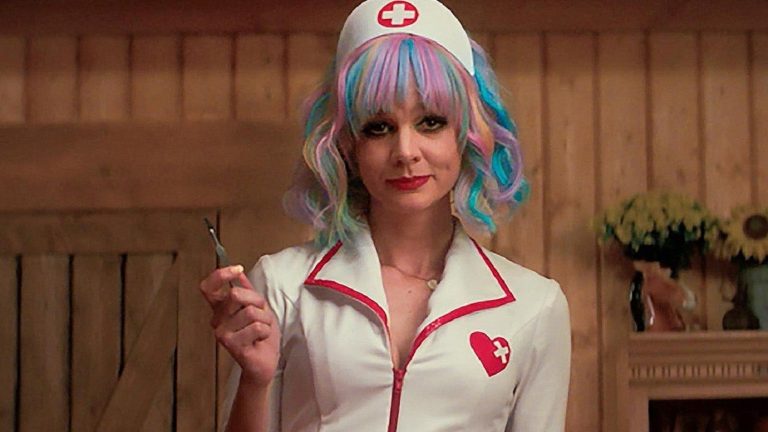 The first scene director and writer Emerald Fennell imagined when putting this movie together was where a drunken young woman, sprawled on a bed, is having difficulty keeping her head up while a man is taking her panties off.  The woman, slurring her words stutters “What are you doing?”.  The man is unfazed.  A few moments later, with a sure voice and a stone-cold sober tone, she asks again “What are you doing?”.  This time, the man, completely taken aback sits back shocked and speechless.  The woman, it turns out, had never been drunk.  And the man, now derailed in his purpose, hasn’t the faintest idea what to do or say.

This scene remains in the movie and sets the tone for what is one of the most intriguing thrillers I have seen in a long time.  But it is also not just a thriller.  The amazing thing about this movie is how it shifts in tone.  For one scene it is a romantic comedy, for another it is a crime mystery, and in another it is a biting and incisive commentary on the male-privileged culture that invites sexual assault.

Yes, I’m going to go there… this is a movie that men, especially, need to see – because it does such a terrific job of exposing the fallacy of assumptions that supposedly ‘promising young men’ make as they pursue the path of callous sexual pursuit.  The argument, so often made, is that men, satisfying their primal urges, never really understood that the woman didn’t give consent.  Maybe men argue that the woman never said ‘no’; or that ‘no’ really meant ‘maybe’.  The ‘promising young man’ takes the woman, who has obviously had too many drinks, out of the bar.  But instead of finding her an Uber to get her home safely, offers to escort her home – they are doing the right thing, right?  But, curiously, they don’t end up at her home – they end up at his house and, as he suggests to someone who’s judgment is obviously impaired, well why don’t you come up for one last drink.  And then, maybe, well, why don’t you stay here for the night.  And, of course, with both of them obviously impaired, well, why don’t you take off your panties…  Well, exactly, what are you doing?

This is the kind of scene that plays out every single Friday and Saturday night, around our world.  The most common ‘rapes’ in this world, aren’t the violent extremes shown in the  usual rape-revenge movies.  They are this kind where women, who have probably overdone it a bit with booze or drugs, have been left in a state where they are obviously defenseless and easily preyed upon by ‘good intentioned’ men who ease into an obvious conquest.  The woman, no doubt feeling some guilt and an awful lot of shame, may be unwilling to admit, publicly,  that she has had sex unwillingly, even if that is exactly what happened.  As in what happened to Nina, in the movie, and for a lot of similar woman, this can do immeasurable damage.  The man, somehow, manages to think that she agreed to it and that, in fact, he was entitled to get sex this way.  (If you need prominent people to model this idea, think of people like Donald Trump, Brett Kavanaugh, or Harvey Weinstein – privileged people who think they are entitled to behave like this just because of where they are in life.)

That’s the political statement behind this movie, but the film is so much more than that.  The movie is genuinely fun!  Emerald Fennell is an unknown to me, mostly, I guess, because I don’t watch much TV.  Apparently her most famous role is as Camilla Parker Bowles in the TV series ‘The Crown’.  She has also written several episodes of ‘Killing Eve’, a TV series considered something of a precursor to this movie.  But this is her debut as a director/writer of a feature film and she has scored a knockout.  The film’s nomination for Best Picture, and her nominations for directing and writing suggest that she has talent that we will be, hopefully, seeing a lot more of.  She brings to this genre of films a female perspective that is needed, refreshing, and entertaining.

Promising Young Woman is not your simple rape/revenge movie – the violence is not front-and-center.  It is rated R, but that is more for language, maybe some drug usage, and frightening scenes.  There is some blood – or is that ketchup from a hot dog? – but this is not the kind of violence that would normally permeate this kind of movie.  The violence is symbolized here in the form of red marks in a diary, left to the imagination, rather than splashed against the camera lens.

Rather, the tone of this film is like a study in contrasts.  Instead of violence, we get almost a feeling of bubblegum innocence.  The color palette of the film is like that of a clown – reds, yes, but also pinks, blues and greens.  The music includes nearly perfect references to things like Paris Hilton’s “Stars are Blind” lip-synced by the lead character and her possible boy friend; or Britney Spear’s ‘Toxic”, orchestrated in a disturbingly predictive way, late in the movie.  Female pop-culture is an integral element on both sides of the camera lens.

All of which creates a movie with remarkable tonal shifts.  At times, this film is a romantic comedy – especially in the middle sequences when the suggestion is that Cassie might be emerging from her deepest and darkest feelings.  At other times, it feels like a mental mystery, contorting our minds to understand motivations and complex thoughts.  Sometimes Cassie is nothing more than a sophisticated comic, making us laugh at how obvious her targets have become. And then, when the movie is most successful, it exposes its identity as a  twisted thriller.  Fennell, and editor  Frederic Thoravel, succeed in moving us all over the emotional spectrum – it is one of those movies where you sit on the edge of your seat, unwilling to pause for popcorn.  And then think about it for days afterwards.

And how bout the character Cassie! Carrey Mulligan is not exactly a world-famous actress.  She has played several roles, admirably, like Daisy Buchanan in the Great Gatsby, Jenny Mellor in An Education (Oscar nominated), and Maud Watts in Suffragette.  But her performances, and the roles,  have always been sort of understated.

Until this one…  Perhaps what has earned her a Best Actress nomination is precisely because her acting style fits the role so perfectly.  I’ve read that some critics have suggested that Margot Robbie would have been a better choice, but they are dead wrong.  This is not a role for a front-and-center actress.  Instead it requires someone who is both reserved and incredibly intelligent – Mulligan fits the bill perfectly.  At one point, one of the ‘promising young men’ says  “It’s every man’s worst nightmare, getting accused of something like that.”  Mulligan, as Cassandra, replies just perfectly “Can you guess what every woman’s worst nightmare is?”  When Mulligan says it, the reflection of intelligence, pain, and determination is just so clear.

This is the first major movie of the 2021 crop of feature films that I’ve seen.  It is a wonderful experience.  Women will love the empowerment.  Men, well, if you don’t get it, then I suspect you are one of the problems.  It will certainly generate discussion

(It isn’t perfect, but it is terrific entertainment and we all need that now.  4.5 Stars.) 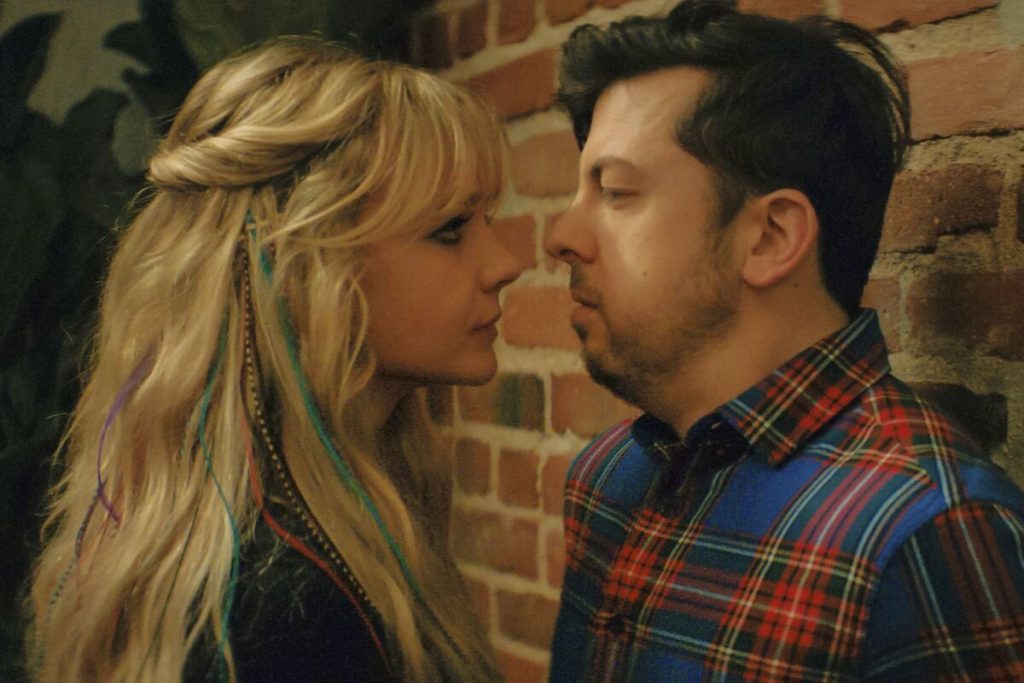