(3 Stars) A very good movie with a fatal moral flaw 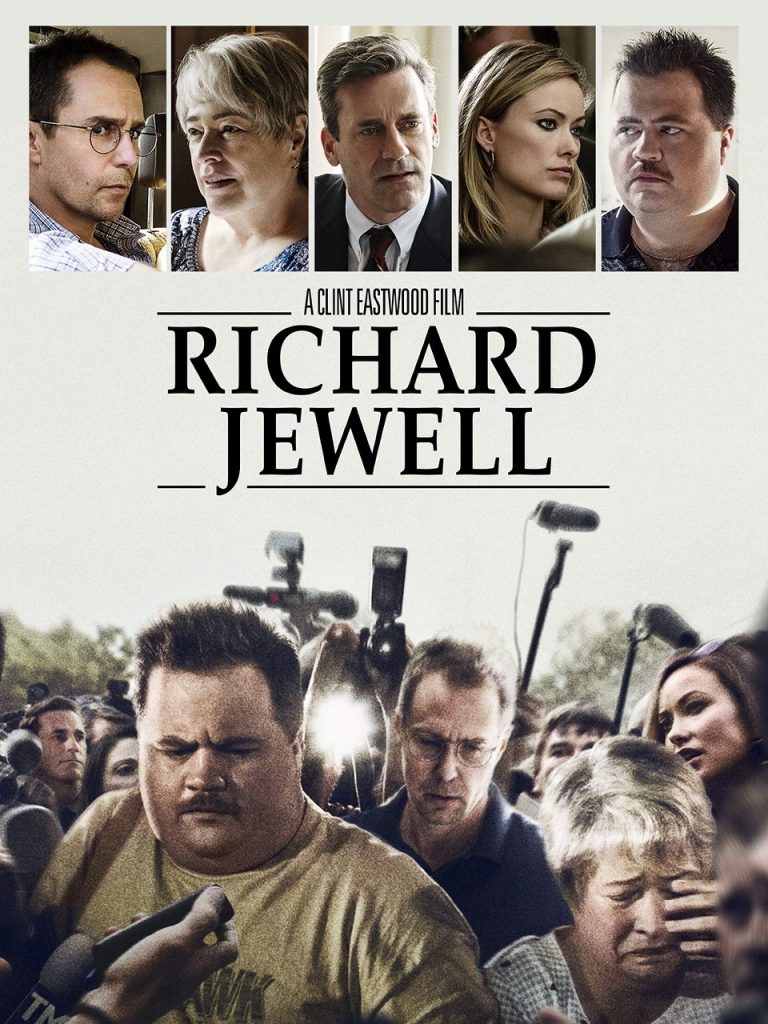 All of Clint Eastwood’s films involve complex characters and shifting moral questions.  His films are never simple minded and always focus on good writing, smart acting, and crisp cinematography and editing.  He doesn’t need any special effects to tell his stories. In American Sniper (nominated for Best Picture), he chronicles an heroic Navy SEAL who returns home only to find the war still haunts him and he is unable to readjust to a civilian life.  Gran Torino is about a disaffected Korean War veteran, dismissive of nearly all authority, is exposed to a changing neighborhood, and finally releases some long held prejudices. Letters from Iwo Jima (nominated for Best Picture and Director for Eastwood) he tells the depressing and brutal story from the underdog Japanese side finding more unexamined heroes.  Unforgiven (another Best Picture and Director winner) is a western turning the tables on exactly who is the hero and who is the villain.  In Mystic River, one of the main characters has a just awful experience and then is unjustly accused of being a perpetrator of another crime.  Million Dollar Baby involves a boxing trainer estranged from his own daughter who initially refused to coach a woman but ends up having the ‘father-daughter’ relationship he never had.

It is somewhat unfortunate that Eastwood’s politics can sometimes confuse the objective evaluation of his films.  As he reported himself, he became a Republican during the Eisenhower years (as did a lot of people) and gravitated towards the libertarian wing of conservatism.  No doubt, too,  his long involvement in westerns and the Dirty Harry movies has given him a justified association with guns.  Given all that, it is not too surprising that the Hollywood establishment – which occupies a mark quite a ways left on the political spectrum – has always looked at Eastwood with more than a little suscipicion – is he really one of us?  Clearly his incredibly embarrassing and uncomfortable Obama-in-a-chair stunt was kind of over the top.  The liberal reaction is to find fault with Eastwood movies often finding excuses not to like the movie, even when they aren’t there.  I’m going to return to this anti-Eastwood bias in a few paragraphs.

Richard Jewell, directed by Clint Eastwood, is his latest movie that explores the nature of heroism and society’s seeming need to always bring them down.  Eastwood seems to have a fixation of sorts on how either media or figures in authority, or sometimes just plain bad luck, need to unjustly persecute some people and end up destroying their lives.  I’m sure everyone is aware now of the main story about a rotund, overly exuberant, but not too bright security guard who found a backpack full of pipe-bombs at a big gathering at the 1996 Atlanta Olympics.  He then – with acknowledged heroism – managed to steer the crowd away from the scene probably saving many lives.  Still two people died and several were wounded in the explosion and the FBI, motivated by zealous press coverage, ended up fixating on Jewell himself as the bomber.  The subsequent investigation, by both the newspapers and government agencies, ended up destroying the poor man’s life.  He was never charged and was cleared after 88 days of incredible abuse. Over the next few years he sued several publications and television networks for libel and received modest settlements from all but his primary accuser, the Atlanta Journal Constitution.  The settlements mostly went to lawyer fees and taxes.  He died in 2007 of complications of diabetes at the ripe old age of 44.

No-one can possibly believe that Jewell wasn’t incredibly abused by the press and law enforcement.  We can easily understand why someone might want to make a movie about this story.  And Eastwood’s film tells the story well.  His direction is crisp and focused and the pace of the movie is perfectly edited.  Billy Ray wrote the screenplay, based on an article and a book, and he was previously Oscar-nominated for his terrific script for Captain Phillips, another tautly told story.

Perhaps, though, the most outstanding feature of the movie is the acting.  Paul Walter Hauser, (the knee-cracker in I, Tonya and a KKK racist in BlacKkKlansman) gained 25 pounds to play Jewell and delivers an Oscar-worthy performance.  Hauser manages to magnificently capture the deep internal conflicts in Jewell as he struggles to maintain his innocence at the same time that he professes allegiance to ‘law enforcement’.  The conflict boils over in the scene where the investigators even confiscate his mother’s underwear as they nearly destroy his apartment.  When he finally must admit that his life-long passion to be a cop is morally questionable, the devastation is readily apparent.  The hero falls hard and Hauser squeezes every last bit of emotion out of the fall.

Hauser may be the main character, but the supporting cast is also tremendous.  Sam Rockwell (nominated for supporting actor for Vice and winner for Three Billboards Outside Ebbing, Missouri) starts off a little slippery as Jewell’s default lawyer, Watson Bryant.  But comes around finally delivering a wonderful pep talk that sends Hauser into an important deposition.  Kathy Bates plays Jewell’s Mom and was nominated for Supporting Actress for her role here.  She is the perfect single mother of an adult child and delivers an impassioned speech for the press defending her son, all while making sure that everyone is doing just fine.  And Olivia Wilde, one of my favorites from the House television show, is spot-on as the reporter who eviscerates Jewell in the interests of furthering her journalism career.

Despite all of these positives, the movie ranks in the bottom third of all 38 Oscar-nominated movies this year and, as of this writing, hasn’t even grossed enough to break even at the box office!  Given the superb acting and tightly written script, why might that be?

Partly there is the problem of liberal bias in the movie industry.  Eastwood has managed to alienate a large number of the critics and industry leaders with his libertarian tendencies.  I read a couple of reviews that remarked how, once again, Eastwood is coming to the defense of the ‘poor white male’ who suffers from the liberal bias of either government authorities or the press (in Jewell’s case, both).   To be clear, I don’t share those critiques – I like a good story in a movie whenever there is a good one to be told and I do agree that, sometimes, even us white men suffer misfortune or deliberate malfeasance.  But that is not really what the problem is with this movie.  It definitely contains a very serious moral miscalculation, but it is not with the subject, Richard Jewell.

No, the moral problem with this movie lies in the Olivia Wilde character.  I’ve already noted that Wilde does a terrific job with her character, Kathy Scruggs.  The problem is that Kathy Scruggs is, or was, a real person.  That is the name of the young woman journalist for the Atlanta paper who initially reported the FBI leak that Jewell was the target of the investigation.  And, apparently, she did pursue the story with a dogged determination.  The acute need for the FBI to identify a suspect and her desire to further her career contributed to the media and government frenzy that destroyed Jewell’s life.

But Eastwood took some serious liberties with the facts.  The movie highlights that Scruggs traded sexual favors with the FBI investigator in exchange for the identity of the suspect.  However there are absolutely no independent facts to suggest that she did that – Eastwood, and writer Billy Ray, concocted that part of the story only to further demonize the media.

Taking liberties with the facts is certainly allowed in making a movie, but in this movie they didn’t associate this act with a fictional reporter, they linked the salacious activity directly to a real person.  Interestingly, they didn’t do that with the FBI agents – there was no FBI agent named Tom Shaw, the guy she slept with -in the movie – and who leaked Jewell’s identity.  Shaw was a made-up character, more of a composite of all the different investigators involved.  So whatever bad-faith was attributed to the FBI, was not attributable to a real person.  No such dissociation exists with the journalist, Kathy Scruggs.

It has been noted that Jewell sued a number of agencies and newspapers for libel, including the Atlanta Journal Constitution.  Those lawsuits were settled, except for the one with the paper which simply died after Jewell died in 2006.  It is, therefore, somewhat fitting that journalists for the AJC have filed a defamation lawsuit against Eastwood and the producers of the movie for exactly this issue – the idea that the journalist used sex to obtain information.

And Kathy Scruggs herself?  Well, good luck with that.  She died of a drug overdose five years after the events depicted in this movie.  (And why did she turn to drugs? Was there any relationship to the Jewell incident?) It is too bad, but maybe someone should make a movie about how Eastwood defamed the name of a journalist who, quite possibly, only tried to do her job and ended up making a bad mistake- as young people often do.  I suspect we will never know exactly what happened to Ms. Scruggs but since she isn’t around to defend herself, Eastwood’s assault on her character is gutless and as morally deficient as the assault he is trying to portray.

Eastwood could have saved himself an awful lot of grief if he had given the reporters the same deference he gave the FBI agents by refusing to associate them with a real person.  That would have been so easy, that you have to wonder if his assault was really just plain intentional.  If so, then his hypocrisy is even more disturbing.

So a good movie with a horrendous moral flaw.  Very difficult to rate such a thing, but I’m going to settle on just 3 Stars. 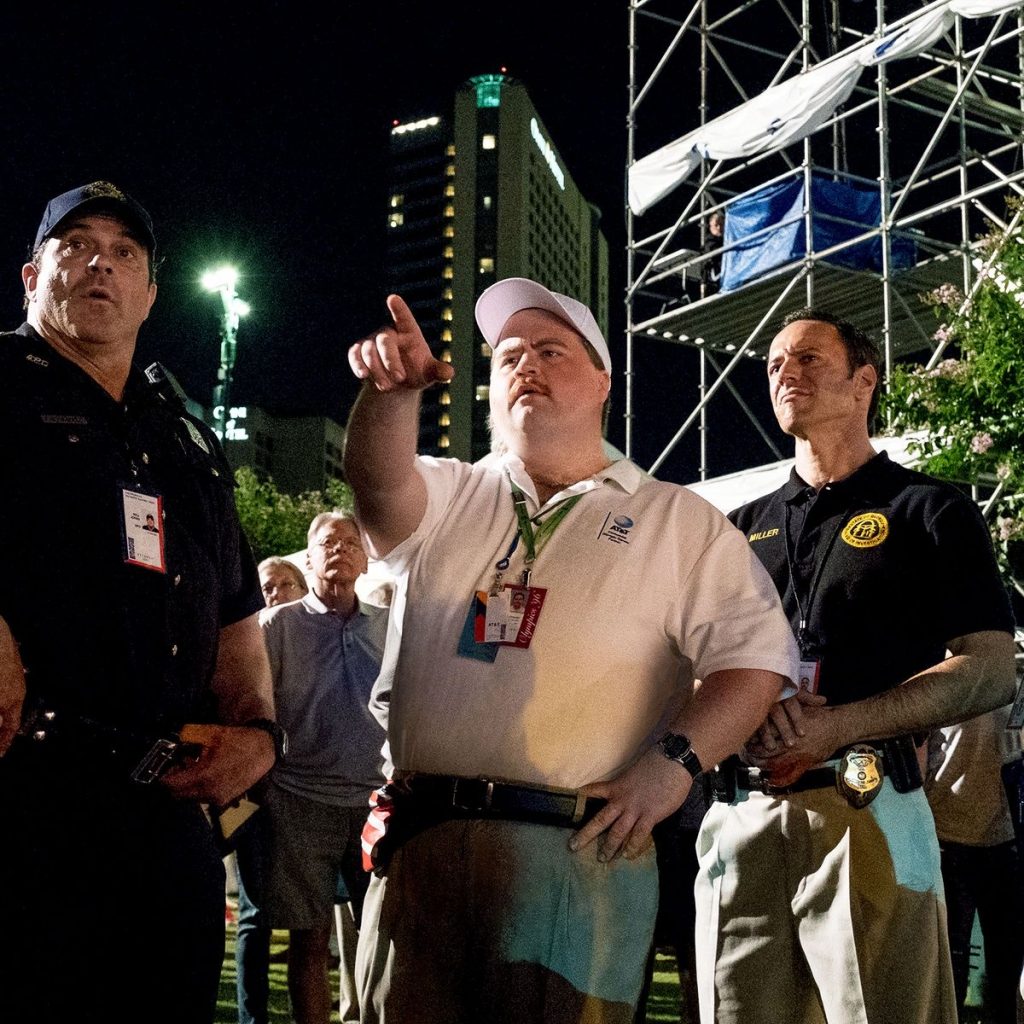