An Overview of this year’s Oscar nominated movies in the Fantasy genre. 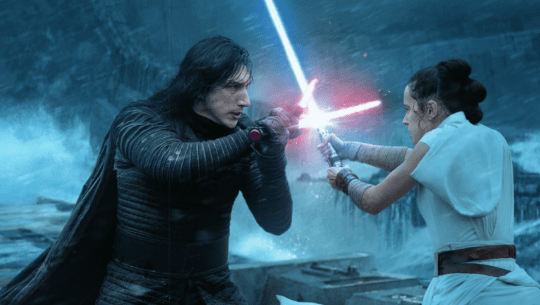 Possibly like me, you get a little confused about how some of the genres are defined.  The Fantasy genre is one of those that give me some difficulty, in part because the movies in this genre often overlap with ‘science fiction’ or even the ‘action’ cluster.  So I went to Wikipedia and learned that the primary distinction  is that ‘fantasy’ movies involve myth, escapism, wonder, magic, and/or the extraordinary.  One of the key distinctions between sci-fi and fantasy, though, must be the sense that something impossible is going on, but its OK.  (Note that only the Star Wars movie falls in both categories this year.)

The Lord of the Rings trilogy is possibly the benchmark for this genre although it also brings in a huge dose of action.  The Star Wars series has also been categorized here and, although I have enjoyed some of the earlier Star Wars movies, this year’s final chapter Star Wars: Rise of Skywalker is not one of the best.  It seems that it just gets to be too much to try and extend the story much beyond a nice tight trilogy, much less a trilogy of trilogies.  I recommend this one only for those committed to finishing the series.

Many entries in this genre are animated films and for good reason.  Animation gives the creators the ability to let their imaginations go and create all kinds of new worlds bristling with magical possibilities.  Some of the best ones have been Coco or Spirited Away.  Five of this year’s fantasy films are animated features and, frankly, they range all over the map.  Frozen II and How to Train Your Dragon: Hidden Valley are disappointing sequels and while the magical worlds created by state of the art CGI are visually stunning, the movies don’t cohere with story lines equal to the earlier movies in the series.  Missing Link is a stop-motion animation with CGI backgrounds which yields interesting visuals, but the moral behind the story is sort of trite.  If you parents take your kids to one of these, you might come away a little bored.

Toy Story 4, as I have written elsewhere, is a must see movie and proves that sequels don’t have to be disappointments.  The CGI animation is rich and appealing with amazing levels of detail; the characters are enchanting; and the story operates at levels that will find understandings for both kids and their parents.  I especially liked how it works as a message that you can’t parent forever.  The fantasy is at the core of the movie with toys being the main characters.

The last of the animated films, I Lost My Body , is definitely not for kids.  It deals with trivial subjects like free will, the consequences of choices, and the importance of seemingly trivial things.  It is a movie full of visual and mental puzzles and will not appeal to everyone.  While the entire premise of the movie has a certain fantastical quality to it, it seems that it takes some shoehorning to fit it into the Fantasy genre.

The two live-action entries in the genre are Maleficent: Princess of Evil and The Lighthouse and these are two entirely different movies.  Maleficent is another disappointing sequel that even Michelle Pfeiffer and Angelina Jolie couldn’t save.  There’s plenty of magic here – it comes in green ball puffs – but the story is completely uninspired.

The Lighthouse is one of my favorites from this year, but I’m not sure about its placement in this genre.  Willem DaFoe gives one of his best performances in a tightly-coiled drama that explores what happens when men (males) age.  There is a bit of  fantasy involved here, but I’m not sure that is what they mean by the definition of this genre.

Your best choices from the 2019 Oscar nominated movies for this genre would be Border, Isle of Dogs, and Ralph Breaks the Internet   The first movie is fantasy only in the minds of adults, but presents a highly unusual story-line that questions the moral foundations of humanity.  Isle of Dogs is an animated film from Wes Anderson that can only be described as sort of weird, but I enjoyed the music, the animation, and the offbeat story.  Ralph, is an animated sequel, but is one of those rare examples that actually works.  I especially loved the fantastical depiction of the Internet.

If you are into Fantasy, you have some terrific options.