(3 Stars) Although critics rate this the second best movie of all 37, I found it tough to follow and lacking in empathy. This is one that probably deserves a second viewing. 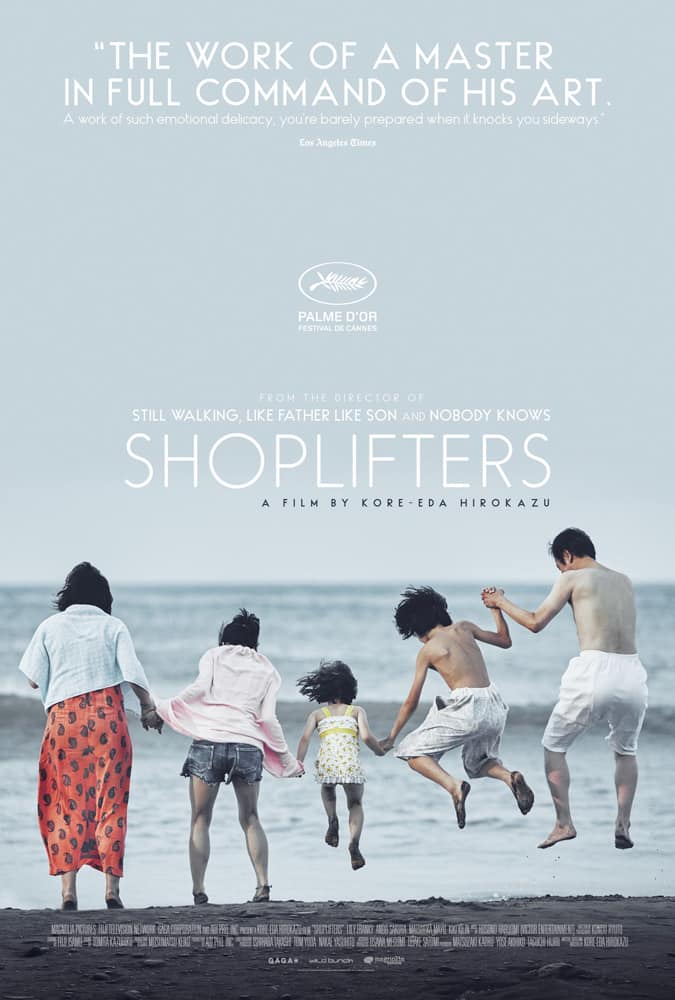 Last night my little movie group (actually Joan, myself, and Carolyn and Andy Anderson, our neighbors and good friends) watched the last foreign language film, Shoplifters, from Japan. We watched the first hour of the movie, making a few comments as it unfolded. We then stopped to have dessert and talked, in a bit more detail, about what we had seen. None of the comments were particularly supportive, and Andy wondered why we should even finish the movie. We did go back to it, mostly because of my insistence that we should always see a movie beginning to end. However, the second hour of the movie did little to change anyone’s opinion and the general consensus of the four of us was that this was a slow movie that offered little cultural or entertainment value.

Imagine my surprise when I learned during my research, that this movie is rated second highest, by the critics, of all 37 Oscar-nominated movies for 2019, with an IMDB critical meta-score of 93 (out of a hundred). (Roma, the best picture winner, came in first with a 96).

Now, disagreeing with the critics is not entirely uncommon in my judgments – sometimes I really look at a movie differently that the critics do. That might be because I am not as attuned to some of the qualities that professional movie critics look for, or, maybe, the movie just resonates differently with my life experiences and sensibilities. But I can’t remember a time when the judgment was so radically different – I came away looking disparagingly at a film the professionals placed almost at the top!

To add insult to my injury, my evaluation was also significantly lower than the average IMDB audience rating (8.0 out of 10 based on nearly 39,000 votes!). Of the 37 movies nominated this year, Shoplifters came in number 8 in audience opinion, well in the top quarter, while my movie group, myself included, clearly put this movie near the bottom.

When my opinion differs so dramatically from both the critics and the general movie-going public, I have to ask the question “just what did I miss?” – why was my experience so dramatically different from everyone else’s?

Part of the answer is in the fact that this is a foreign language movie, which means a couple of things. One is that it requires a bit more effort than say a comic book movie, like Avengers. Reading sub-titles and associating them to the action on the screen is a bit tougher than listening to the dialog. A foreign language film not only poses a language barrier, but also a cultural one as meaning and intent of the actions on the screen has to be interpreted against a background with different values, some of which might be known, and some, not. (As an example, from Shoplifters itself, is the fact that crime of any kind, including shoplifting, is considered as a much more serious breach of social custom in Japan than it is in the U.S.). Consequently, substantially fewer people watch foreign language films than watch comic book movies. This year’s Avengers: Infinity War movie was rated by more than 715,000 people, nearly twenty times as many ratings as for Shoplifters. Maybe a good many of those Shoplifter viewers are Japanese who saw the movie in its original, uncaptioned, version. 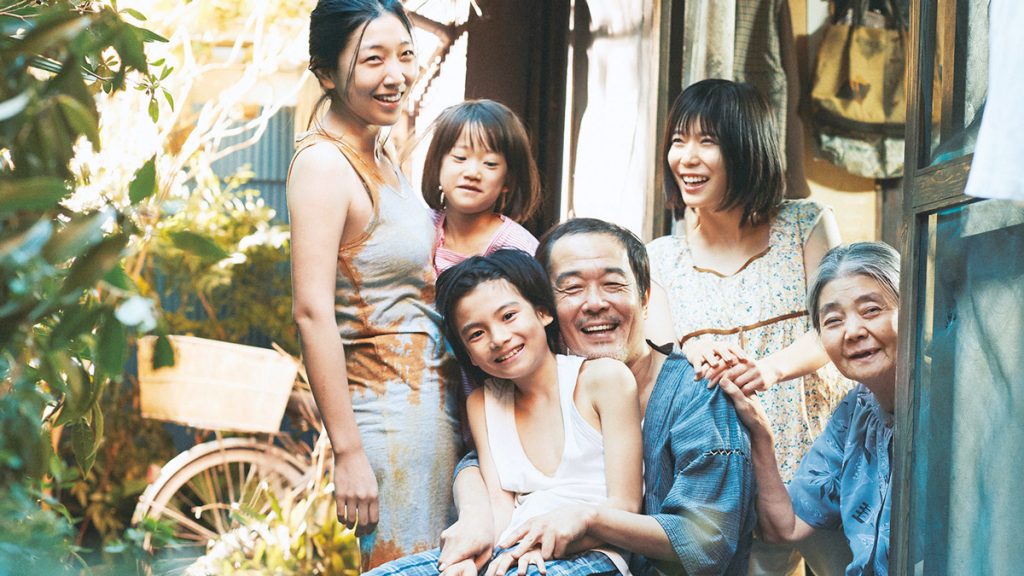 I read multiple reviews, from Rogerebert.com, Sight & Sound, and the New York Times, all of which thought the movie represented the pinnacle of achievement from director and writer, Hirokazu Kore-eda. “There’s a deep empathy for these characters in Kore-eda’s camera that we start to take on ourselves, and the final act is as heartbreaking as anything I’ve seen in years.” (Brian Tallerico). “A story of astounding emotional resonance…uniquely human characters – deeply flawed, to be sure, but with good hearts…” (James Berardinelli) “…what makes this special is the sheer depth of compassion and knowing humanity behind every frame.” (Trevor Johnston). And “…opening up a story about a family with a declaration of moral principles and lifting what had been a good movie into greatness.” Manohla Dhargis.

All the reviewers remark on the director’s focus on the importance of family and how, in Shoplifters, he shows that ‘family’ as an institution, is much more than simply blood relations. And, despite the family’s living near the bottom of the social ladder – and hence the supplemental income provided by their criminal behavior – the tenderness of their relationships is what really matters. And then, in the final crushing sequences we experience the great pathos that results when society confronts something that doesn’t fit its standard conventions..

I think I appreciated all of that message and I saw in Shoplifters a reasonable effort towards communicating all the pathos and empathy that the story deserves. But I still don’t get that this is the second best movie of this year – I just can’t go there.

There are times where I doubt whether I really ‘get’ a movie. And my experience with this one certainly raises that doubt. Still, I would be dishonest to my readers if I didn’t give it what I think it deserves, which is just 3 stars. (For anyone out there who has seen this movie, or if this conflicted review motivates you to watch it, I would appreciate some response – Thumbs Up, or Thumbs Down? I’m looking for understanding.)