Five candidates but I think it is a toss up between the Avengers movie and Ford v Ferrari for pure bombastic action. 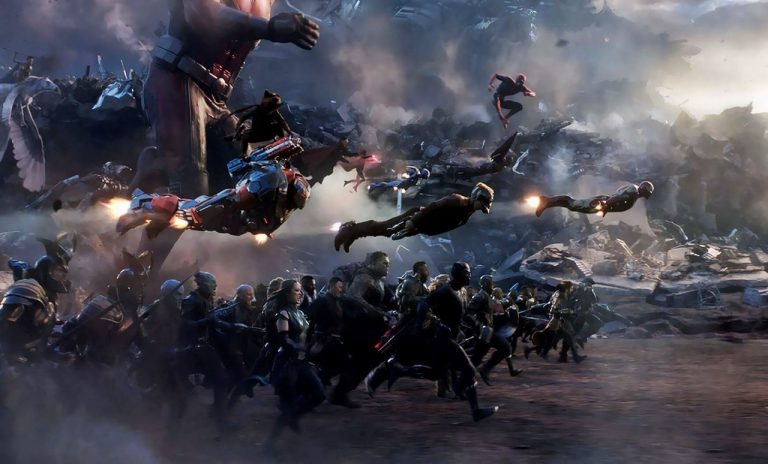 How to Train Your Dragon: Hidden World (2.5 Stars)

An ‘Action’ movie is one where the characters engage in events which present extreme physical challenges, such as violence, fighting (battles), amazing physical feats, and the ever-present chase scenes.  ‘Action’ movies are supposed to be the bread-and-butter of the young male movie-going audience.  The 2020 Oscar season recognized five movies that fill this definition, although they do so with varying degrees of success.

Perhaps the least appealing ‘action’ movie was the animated feature, How to Train Your Dragon: The Hidden World.  Technically, it meets the definition of an ‘Action’ movie, but with a PG rating, you shouldn’t expect the violence to really be anything spectacular or gory.  This is a kid’s movie, after-all, so the ‘action’ is a bit refined.  In my review, I argued that the story gets kind of lost in this movie and although the computer-generated animation is fun to watch, this isn’t exactly a story for action-starved young adults!

Harriet is a biopic of Harriet Tubman and although there definitely is violence in this movie, it isn’t the kind that you will enjoy watching – these aren’t intended to be well-choreographed fight scenes.  This is an historical film about the Underground Railroad and the physical challenges blacks endured to escape slavery in the south.  Frankly, while there might be action, that isn’t the reason to watch this movie.  On the other hand, my review argued that it didn’t really come together as history either.

The familiar resistance members in the Star Wars film engage in plenty of action.  Some reviewers have argued that the light-saber fight between Rey and Kylo Ren is one of the best fight sequences in the history of the franchise.  Additionally, there are chase scenes, epic journeys against serious odds, and a final battle scene involving thousands of space ships that will stir the action pot for anyone addicted to those sort of things.  Warning, though, if you are a die hard Star Wars fan, you might well be disappointed.  (Of course, die hard Star Wars fans have already seen it!)

The Avengers: Endgame is the blockbuster movie to end all blockbusters, having grossed now almost $2.8 Billion worldwide.  It is the highest grossing movie of all time and, honestly, it is good.  The special effects are outstanding, the music and sound is riveting, and the story-line(s) are intriguing even for those of us who don’t follow this sort of thing on a regular basis.  If you want action, this movie has it in almost every single minute of its three-hour runtime.  Even if you aren’t into comic book movies, this one should be on your must see list if, for no other reason, then the fact that everyone else has seen it!

A lot less dense, and a lot more human in scale is Ford v Ferrari.  The racing scenes are filmed to put you in the drivers seat and so the action will get the adrenaline pumping.  But even more than the action is the intriguing story line about how the Shelby team had to fight the internal Ford Motor bureaucracy almost as hard as their racing competitors.  The movie provides action, but also some regular human drama.  Between the Avengers movie and this one, its almost a toss-up.  So just see them both.

Last year’s action films included a similar list to this year’s.  Spider-Man: Into the Spiderverse is an animated comic book film that is surprisingly good.  It is worth a viewing just for its unique style.  Black Panther and Avengers: Infinity Wars are both comic book action movies, and are both very good.  The Avengers movie is the prequel to this year’s Endgame and so, ideally, you should see them in the correct order.  The Black Panther movie was a stunning production that sought to bring black culture into the comic book franchise.  They succeeded in everything from costumes, to language, to settings, and music.  The result is a magnificent concoction that finally gives us black action heroes.  Solo: A Star Wars Story attempts an origin story for Han Solo but it’s debatable whether it succeeds or not.  The Star Wars legend is running out of steam. Incredibles 2 is the sequel to the original and, well, see it with a kid or, otherwise don’t bother. And that leaves us with Ready Player One which, actually, was one of my favorites from last year because of the challenging way that realities are fused.  If you are only going to see one of these movies from last year, then pick this one.

And that wraps it up.  The crop of action movies from both years is remarkably diverse and full of different options.  Depending on what you are looking for, you can’t really go wrong with any of them.  Happy Viewing!

PrevStar Wars: The Rise of Skywalker
Maleficent: Princess of EvilNext