The Worst Person in the World

(4*) The Worst Person in the World is a beautiful film with a fantastic Renate Reinsve, but maybe appeals most to a certain audience. 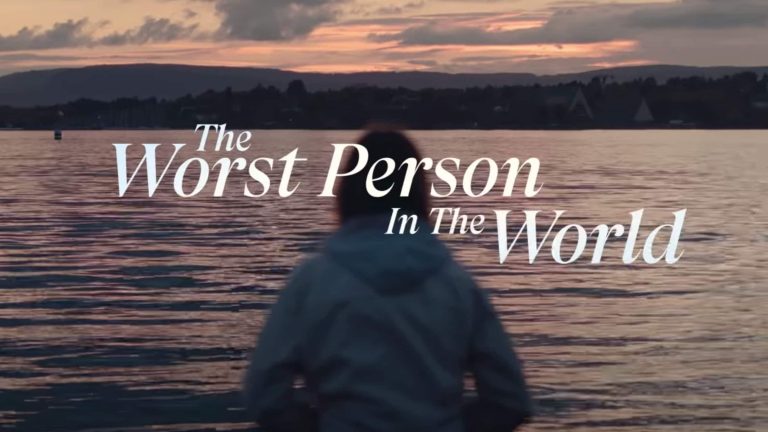 The Worst Person in the World is a great film about Julie, a young woman in her late twenties going through what is called a “Quarter-Life Crisis”.  No, that term isn’t used in this movie, but it turns out that what she confronts in this film has already been analyzed by psychologists and others and even labeled.  Just last week, the New York Times published an article highlighting a new book by psychologist Sandra Byock titled Quarter-Life: The Search for Self in Early Adulthood. Doing more research, I found two more NYT articles from 2019 both using the term.  One was a review of Two Novels for and about Lost Millennial Women and the other a review of a play In Leap: a Quarter-Life Crisis Goes On for a Lifetime.  In short, the story line in this film is a recognized theme that seems to be part of life, at least for people in their twenties.

It seems to me that it is also something of a new phenomena.  As a baby-boomer, I certainly remember confronting the challenges of going to college, starting a career, and contemplating marriage and a family.  But I never considered it a “crisis” – it was just part of growing up that everyone went through.  I recognize, though, as I watch my own Millennial daughter navigate these same issues, that maybe things are substantially tougher these days.  Even though us boomers promised to change the world for the better when we were much younger, we have failed pretty miserably and instead of a better future, we have given our offspring a world burning up, an economy where only the rich can play, and a political system that is bordering on authoritarianism, if not outright anarchy.  So, just maybe, it is appropriate to call coping with all these things as a young adult a “crisis”.

Julie is played by Renate Reinsve, a Norwegian Millennial.  Reinsve’s life, in many ways, parallels that of her character.  In her early twenties, she was interested in acting, and had a chance meeting with Norwegian director Joachim Trier.  In subsequent years, though, she became disillusioned with acting and found satisfaction in carpentry as she worked on remodeling a home.  She was just about ready to give up acting for good when, out of the blue, Trier contacted her to tell her that he, and his writing partner Eskil Vogt, had written a screenplay about her and wanted her to star in the film, basically as herself, portraying the same conflicts that she had just confronted in her real life.  And so The Worst Person in the World became a success in her home country and Norway submitted it as their entry for International Feature for this year’s Oscar.

The film is very well done.  Reinsve’s acting is spot on and she was recognized as Best Actress at Cannes and nominated for a BAFTA.  She has a wonderful way of expressing her feelings in her facial expressions and her timing is terrific.  (Not to take away from her abilities, but I’m guessing that much of what she said and did were almost natural reflections of her own real life.) The cinematography is dark, with lots of scenes cast in near-candlelight intensity, capturing, perhaps, the natural lighting of Oslo, a northern city with seasons of very long nights.  But the darkness becomes a way of accenting the emotional intensity and so it works well in this film.  I also loved the editing – scenes weren’t extended unnecessarily and the film moved at a sustainably interesting speed.  Perhaps, though, the film’s strongest feature is the Oscar-nominated screenplay.  Trier and Vogt constructed a script that drives through a prolog, a dozen identified chapters, and an epilogue.  The chapters articulate the message and the chapter titles help the viewer construct the story.  I also like their use of a narrator who discusses many background details, eliminating the need for flashback scenes.

Let’s consider the script in a bit more detail.  Clearly this is mostly about Julie’s (Renate’s) quarter-life crisis.  She flounders some in her choice of careers and, in one of those pursuits, ends up meeting Aksel, an older man, by more than a decade.  They fall for each other, but as you might expect, there are challenges in a relationship between a woman in her late 20s (a millennial), and a man in his early-forties (a GenXer).  So the story is about what she ends up doing and that, inevitably, involves meeting someone her own age (a millennial) and then things happen there.  (Unfortunately, I can’t really describe what goes on here without spoiling the movie, so I probably should stop here!  I will say that it seems the younger generations are having a lot more sex than I did at that age!).

But I think it is important to recognize that this isn’t just about Julie’s quarter-life crisis.  Why did Aksel become interested in a woman nearly 15 years younger?  Isn’t this exactly what is called a “mid-life crisis”?  That term has been around for a long time and is usually applied to men in their mid-40s to late-50s.  It describes when they might be searching to regain their youth by hooking up with an attractive younger female and, perhaps, buying a red Corvette!  There may not be a red Corvette in this film, but Aksel, even in all his sincerity, is still having something of a mid-life crisis.  His career is changing as his previous work, although highly successful, is being co-opted by stronger corporate interests.  He is also being pressured, directly and indirectly, by his family to get married and have some children.  So Julie becomes, for him, a key to his new life!

Julie is having a quarter-life crisis and Aksel is having his mid-life crisis.  But that’s not all that’s going on here.  I’ve already mentioned that Reinsve herself was living her own quarter-life crisis and that might be one of the reasons that she is so good in this role.  But we need to consider that maybe the reason that the script is so good is because the writers were themselves experiencing their own mid-life crisis.  Both Joachim Trier, the director and his co-writer, Eskil Vogt were both born in 1974 which made them 45 years of age when this film was made – just about the time for a mid-life crisis.  It is intriguing that Trier held on to the image of Reinsve for years and then wrote a script just for her.  Unquestionably, Reinsve is attractive and it isn’t surprising that Trier might keep her in mind.  In many ways, then, this film might be Trier’s expression of his own mid-life crisis, engaging, at least artistically, with a beautiful younger woman.  (One element that seems to be missing completely from the script is any mention of Julie having female friends.  I’m no expert on female Millennials, but I sincerely doubt that they do not have female BFF’s!  To me that oversight sort of seals the case that this script is more of a GenX male’s fantasy than it is a true description of female millennial lives!)

So who is going to like this movie?  It is an intriguing question.  In my combined critic and audience rating index, this film was tied with Licorice Pizza for the number 1 spot – the best film out of all general interest Oscar-nominated films.  Critics, generally, rated it just behind last week’s Drive My Car.  But if you look at the critical comments in a bit more detail an interesting pattern emerges.  A.O. Scott (New York Times) gave it a Critics Pick and raved about Reinsve’s performance as “vivid, inventive, and grounded…”. RogerEbert.com had three reviews or articles talking about this film.  Carlos Aguilar referred to it as “Trier’s stirringly sophisticated masterpiece,…” while Ben Kenigsberg said it “is derivative…And it really kind of drags.”  And Scout Tofoya, a little conflicted, said it was nearly perfect as an art form, but “There wasn’t any room for me in this movie, it’s done everything…”

But dig a little deeper and look at the ages of these male critics.  The two Roger Ebert writers who liked the film less are both millennials (Kenigsberg was born in the 80s and while I couldn’t find a birth year for Tafoya, his picture is of a very young person!). Aguilar, like the director and writer, was born in 1974 and Scott, a bit older, was born in 1966, but both are considered GenXers!  So maybe Millennials will find it a bit condescending and an unflattering portrait of themselves.  GenXers, especially males, might find it satisfying and reinforcing their own urges towards a mid-life crisis.  (A.O. Scott admitted as much when he wrote “…to some extent, Julie remains a middle-aged man’s idea of a younger woman.”). And to be honest, I am really uncertain how a GenX female might react to this film except with maybe a rolling of their eyes.  (I think I need to talk to my daughter-in-law about that!)

And us baby-boomers?  My wife really didn’t like the film saying that it was her experience that “You have to choose the best thing for yourself at that moment,” adding that she really didn’t have the luxury of waiting forever to make ‘the best’ decision and didn’t really like Julie’s self-indulgence.  I get what Joan is talking about, but still, for certain people, maybe mostly GenX males, this film will ring true.  And, honestly, it is a well constructed film.  This is a complicated film so watch at your own risk.  (4*)

Stream from Hulu and rent from Prime Video, NetflixDVD, & other DVD rental services 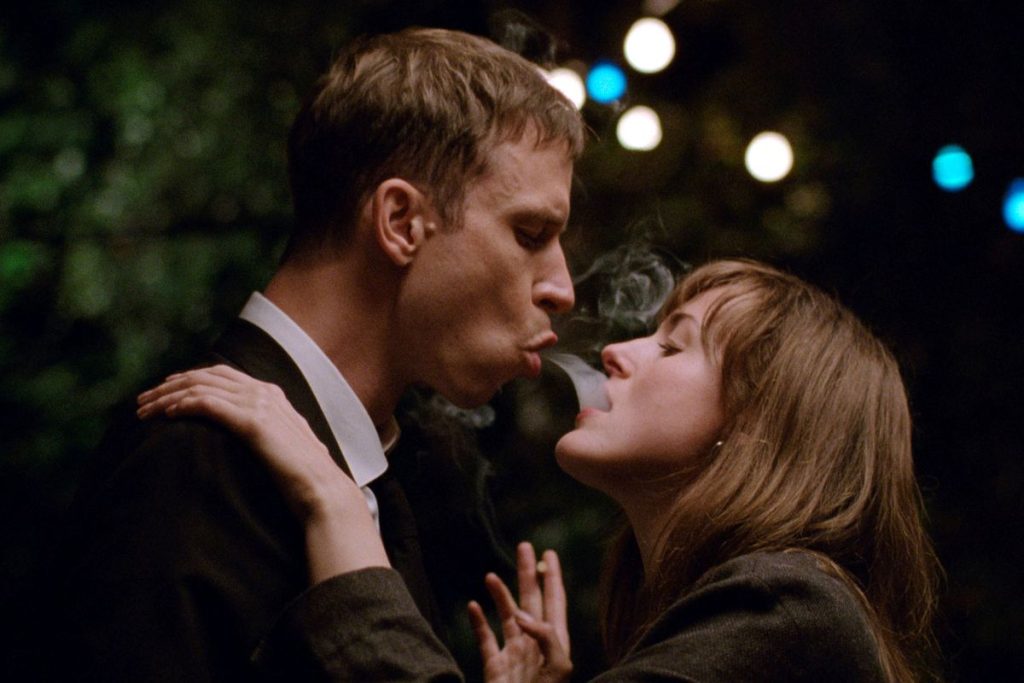