(4 stars) A little difficult to follow but a great story and some terrific music. 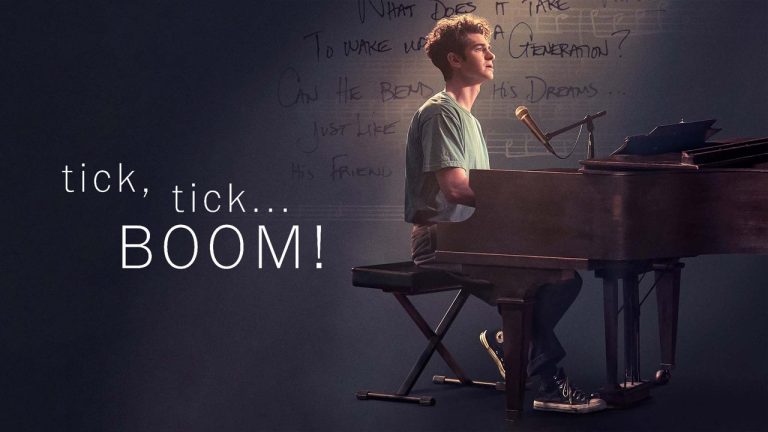 The ‘tick’ that you hear in the movie, and appears in the title, is of a clock counting down moments.  You hear it several times in the film as the main character, Jonathan Larson, is fast approaching a cataclysmic event – the ‘BOOM!’ – his 30th Birthday!.

Turning 30 has always been a pretty big deal in people’s lives.  In some fashion, it marks the turn from growing up into full-on adult-hood.  In my youth, the boomers used to say that you ‘couldn’t trust anyone over 30!’  And then, of course, in the waning years of our generation,  we proved that phrase exactly right.  But for Jonathan, this birthday has more than the usual significance.

Larson was a writer of Broadway musicals.  Born in 1960, he grew up idolizing multiple artists who had reached the peak of their artistic careers.  The Beatles, for example, had pretty much broken up by the time they turned thirty and their reign as a group was over.  Stephen Sondheim, his idol, wrote the award winning West Side Story when he was 27 and it was turned into an Oscar-winning movie just a few years later.  So, for Larson, turning 30 was a major event and, by comparison, a disappointing marker.

Larson wrote just three plays in his lifetime.  The first, never produced in New York, was ‘sort of’ a science fiction dystopian play,  based loosely on George Orwell’s 1984, exploring much of what he found dissatisfying in the world of the 1980s, call ‘Superbia’.   After being told that he should ‘write what he knows’, his second musical was this one, ‘tick, tick…BOOM!.  During Larson’s lifetime, that play received a couple of Off-Off-Broadway productions but wasn’t picked up in any major ways until recently (and as this movie adaptation written by Emmy-nominated Steven Levenson.)

But it was his third and last play, Rent, that not only ran on Broadway for twelve years – the 11th longest running Broadway production – but received multiple Tony Awards as well as the Pulitzer Prize for Drama.  According to some, Rent revolutionized what a musical could be.  It was especially noteworthy for portraying with compassion and accuracy, the life of New York City gays during the AIDS crisis of the early 90s.  This is especially poignant given that Larson wasn’t gay himself, but was able to see the humanity in people who were maybe not exactly like himself.  (Rent was adapted for the big screen in 2005.)  Nonetheless, Larson did not survive to see his own success.  He died of an aortic dissection in 1996 on the night of the last dress rehearsal for the broadway production of Rent!.  He was just 36 years old.  Everyone wonders what else he might have produced had he lived longer.

So this man is the main character of this movie.  The encouragement he received after some initial readings of his first play, Superbia, were very mixed.  No-one really thought it was worthy of production, but it had hints of talent, which, if cultivated, could easily lead to success.  His agent, in the film at least, told him to ‘write about what he knows’.  And so he did just that with his second play, this one, tick, tick…BOOM!  It is ultimately the tale of how he wrote Superbia, how his dedication to his passion for writing, ultimately cost him is passion in romantic love and how it also almost lost him his best friend.

Andrew Garfield is an unlikely choice to play this character, but I have to agree that he deserves the Oscar nomination.  He is perhaps most well known for playing the comic book character Spider-Man.  But he also has some lesser known dramatic roles, playing a Zuckerberg antagonist in The Social Network, and earning a leading actor Oscar nomination in Hacksaw Ridge.  As Larson, RogerEbert’s Nell Minow accurately notes that Garfield “deftly convey’s Larson’s feeling of urgency and the mingled confidence, ambition, and frustration of an artist…”. The portrayal is so intense that we can only assume that moments of Larson’s biography reflect his own.  Garfield also spent a year learning to sing and while he shouldn’t stop acting, he does an admirable job.

But this film may not appeal to everyone and the reason might have to do with the structure, not so much of the film, but of the play it is based on.  It can get confusing where exactly we are in the film.  The problem is, of course, that it tells a story within a story about telling a story!  In fact, in an interview I saw of two of the actors, the film was compared with the science fiction classic Inception.  If you recall, that film deals with dreams within dreams and bounces around between different layers of dream state.  (And then, of course, there is the ephemeral ‘reality’ which comes into play – at times!)

So it is in tick, tick…BOOM!.  Larson wrote the play – based on the guidance he had received to ‘write about what he knows’ – based on the events surrounding the writing and ‘production’ of his first musical, Superbia.  Inevitably, then, we descend from the drama of his day to day life with his lover, friends, and diner co-workers, into the roles of the actors in his play as they are recreating – through songs – the story of the musical he is creating.  If that isn’t potentially enough confusion, there are also multiple flashbacks to historical lives, some of them appearing to be older videos of the real Jonathon Larson.

The cinematographer helps us a bit in understanding what level we are viewing, by altering the aspect ratio and elements of the color coding.  But it is really the work of the editors to help us keep the lines straight.  In most cases, the Oscar-nominated team (Kerstein/Weisblum) have done an admirable job in keeping the threads separate.  Still, though, as was the case with Inception, this is a movie where a second viewing helps untangle the multiple story lines.

One of the outstanding features of this film that did not receive any Oscar recognition is the music itself.  I must confess that I haven’t seen Rent in either its stage or film adaptations, so I wasn’t aware of the style of Larson’s music.  But I found it fascinating how he could take what seems like a run-on sentence and, by coupling it with a proper tune, turns it into a beautiful and meaningful musical statement.  Rhymes that shouldn’t be there, somehow emerge at the ends of lines of completely unequal rhythmic length.  Despite the seeming chaos, it ends up sounding perfectly sensible.  I was charmed by the music and will be looking to watch Rent as soon as I can.

And how can you miss the underlying tragedy in this story.  The creative world isn’t easy – and the financial rewards are meager, as Joan and I can both attest.  But the commitment to your passion, even as it strains all the other relationships around you, can be a sobering experience and one that tests your mettle in so many ways.  One of the key elements in this film that provides hope and continuity is the idea of having a mentor or at least someone you admire and want to emulate.  For Jonathon Larson, as you will see in the movie, his idol and, ultimately his mentor, was Stephen Sondheim.  Sondheim, it turns out, was ‘father figured’ by none other than Oscar Hammerstein (Oklahoma!, South Pacific, The Sound of Music).  And, then, to bring it all the way home, Larson, even in his short life, exerted a singular influence on Lin-Manuel Miranda, who not only directed this film – his film directorial debut – but also gave us the much acclaimed Hamilton musical.

And so the threads continue.  Following all of them in this film is one of the pleasures, but it also is one of the drawbacks.  This film requires work to keep its many levels distinct and, if your definition of entertainment is on the ‘easy’ side, then I suspect this film may not work for you.  (4 Stars) 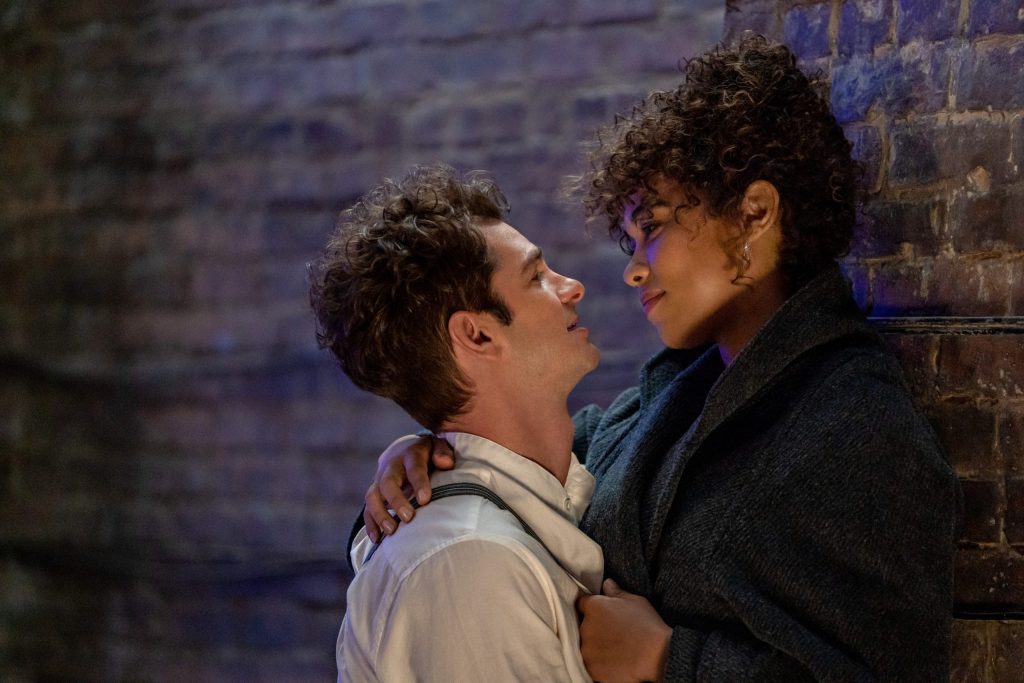