My review of my predictions (only 10 out of 23 correct) and the Oscar ceremony - including ‘the slap felt around the world’. 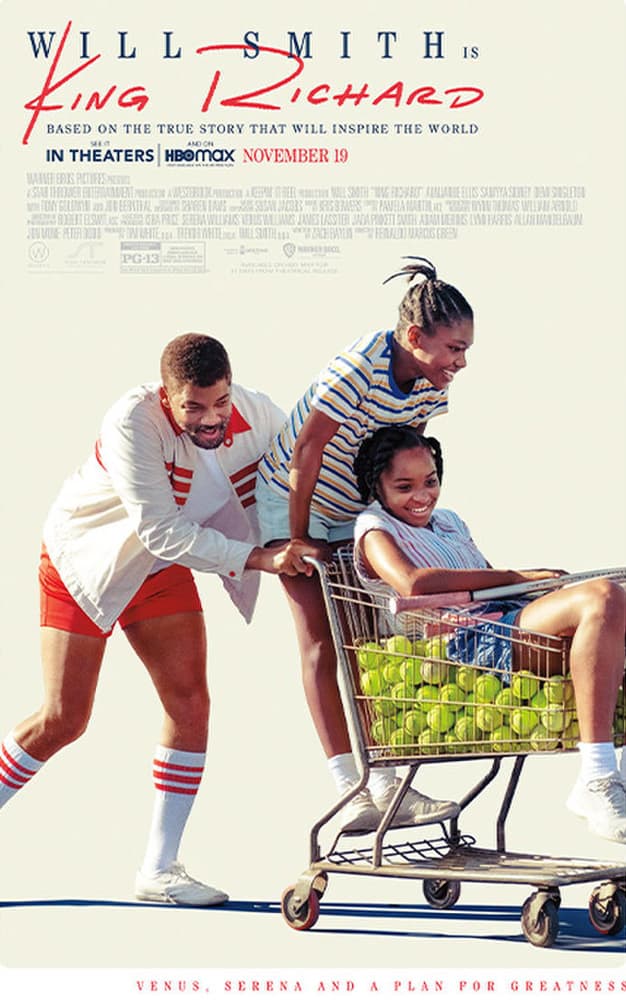 My Oscar predictions were, frankly, not so good.  I only guessed ten of them correctly for my second lowest percentage success rate (43%) of the last five years.  Here I offer up my post-mortem on both my predictions and the Oscars.

Making my predictions so early in the season – in the first week after the nominations are announced – is inherently risky.  Events happen that you can’t possibly foresee, rendering my initial guesses wrong.  For example, who could have guessed that Jane Campion (writer and director of The Power of the Dog) would make such a gaffe – belittling the Williams sisters and their competitive battles.  I don’t really believe she meant exactly what she said, and she did apologize, but I can’t help but think that might have rendered The Power of the Dog less competitive in Academy voting sentiment.  I predicted her film would sweep the Oscars with seven wins when, in fact, it only got one, hers for directing.

And I totally underestimated CODA.  Obviously, the Apple team put a lot into the campaign for their film and the results paid off – it won all three of the categories it was nominated for.  I still haven’t seen the film, but I understand it is a compelling family drama and that theme may be exactly what audiences are looking for.

Amazingly, and even though I loved the movie, I also underestimated Dune.  It won the most awards of any film, at six, and pretty much swept the ‘below the line’ categories.  I could brag that its success just corroborates the praise I gave it for its craftsmanship.  But even so, I didn’t think it would win almost everything it was nominated for.  The Dune juggernaut was too strong to buck.

The basic logic behind my predictions is that the winner of any given category is more likely than not to go to films that receive more nominations and, especially, nominations in the ‘major’ categories (writing, directing, and acting.).  That logic didn’t hold up very well this year as Cruella’s win for Costumes, and The Eyes of Tammy Faye in Makeup proved.  Sometimes, it seems,  Academy voters, actually choose the film that has the best of some feature, even if it isn’t recognized for much else.

Jessica Chastain’s win for Leading Actress in The Eyes of Tammy Faye is another interesting case.  I admit that I usually do not deal too well with the Actress categories for a very good reason – women tend to get cast in lower budget films that do not attract a huge, talented, expensive team.  And, therefore, their films are often under-nominated at the Oscars.  This year, for example, the movies nominated for Leading Actress had a total of six other nominations whereas the films nominated for Leading Actor had seventeen other nominations, almost three times as many.  This pattern has been evident every year that I’ve been studying Oscar movies and I believe it lends credence to the fact that women have a hard time getting quality roles in bigger movies.  But it also means that I didn’t get the prediction right.

I also, wrongly, thought Benedict Cumberbatch (The Power of the Dog) would beat Will Smith (King Richard).  I’ve seen both films at this point and, while I have trouble with King Richard as a movie – see my review- I can see how the role was maybe a bit more difficult than Cumberbatch’s and that maybe Smith deserved the acting award.

I suppose it is additionally insightful that Joan, my wife, who doesn’t spend anywhere near as much time analyzing and studying and reading all this movie stuff, got the same number correct as I did.  She filled out her ballot an hour before the ceremony and, she admits, mostly just guessed.  So much for working at it!

The single biggest takeaway from this year’s Oscars is that the traditional movie industry has some work to do.  While Dune, a studio production, won the most Oscars, the biggest wins went to two films from streaming companies – CODA (Apple) and The Power of the Dog (Netflix).    This solidifies recent trends away from movie theaters and more towards home theater screens and streaming.  It also proves, I think, that the Academy and the industry is, slowly and not without some backsliding, adjusting to that change.  I wouldn’t be surprised at all if soon the requirement that a film open in a movie theater in order to be considered for the Oscars is eliminated.  But then everyone will have to wrestle with the question of whether something is a TV show or a movie?  Definitions are changing.

Finally, how can I write about the Oscars without saying something about ‘the slap felt around the world.’  As of this morning Will Smith has apologized to Chris Rock, and the Academy has started an inquiry into the situation which could lead to suspending Smith’s Academy membership.  While ‘they’ are minimizing the odds that Smith could lose his Oscar, it is still a possibility.

All of that is totally appropriate.  Like many of you, I watched in stunned disbelief as the events went down and, initially, thought it was part of the joke.  But it wasn’t and, after watching the rewinds, Smith was totally out of line.  In the first place, if you watch the video, Will was actually laughing at Rock’s joke.  But Jada was not.  It seems that in just a few seconds of exchange between Jada and Will, he decided he had to defend his wife’s hurt honor and pride.  Even if Rock was out of line (and that is something the three of them should discuss), Smith is never justified in an act of violence.  To me it reduces the credibility of the entire Hollywood community and makes them hypocrites in the ongoing battle against violence, bullying, and irrational behavior.  If the Smiths believe the joke was in bad taste then, first, Will Smith should not have laughed at it.  But secondly, it should have been handled professionally and off screen and – most importantly – without resorting to violence.  And a slap, even with an open hand, is still battery.  If we say it is acceptable in this instance, then where do we draw a line?

As many have noted, the Oscars never fully recovered from that moment.  So Will Smith spoiled what was, otherwise, a fairly successful evening.  Beyoncé’s initial act – live from the same tennis courts in Compton where the Williams sisters got started – was exhilarating and artfully done.  Oscar wins for women and minority groups show the Academy is making big strides towards eliminating structural prejudices.  The three hosts were funny and it was worth it to bring hosting back to the ceremony.  The so called “golden hour” – the early, pre-recorded awards show for most of the ‘minor’ categories, didn’t work for me and I’m not sure it resulted in any significant shortening of the event.  It is, and always will be, a marathon to get through all the different crafts that make movies such wonderful ways to tell a story.  I’m willing to put up with it just once a year.