A Star Is Born

(3.5 Stars) In yet another remake, Lady Gaga shows she can act better than Bradley Cooper can sing. Its OK if you’re into sappy romances. 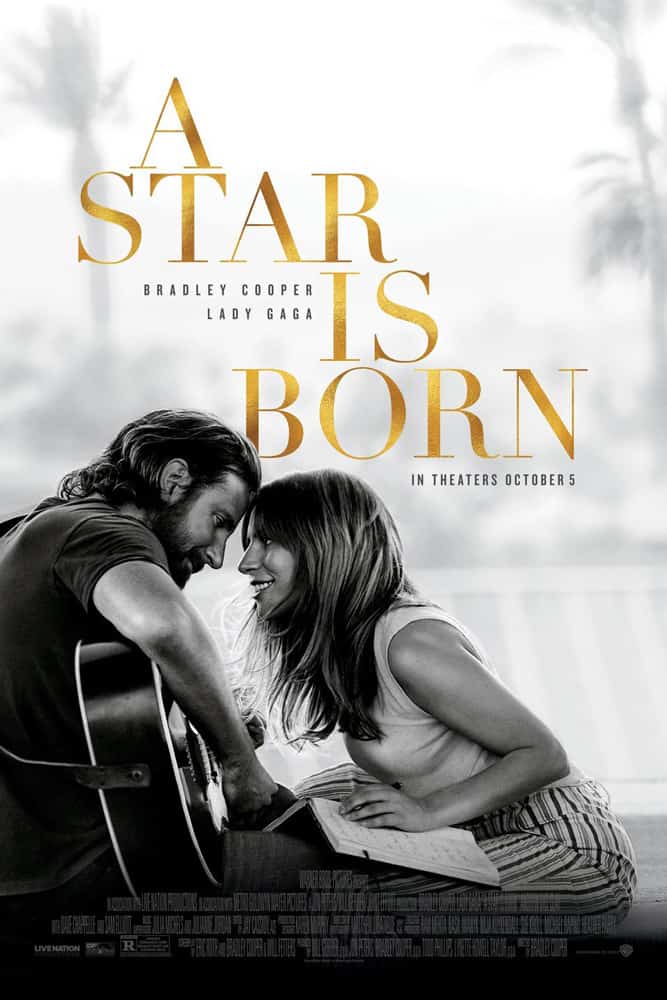 One of the highlights of this year’s Oscars show was the terrific performance by Lady Gaga and Bradley Cooper of “Shallow”, the signature song from A Star is Born. Lady Gaga, of course, is a world-famous singer with one of the most powerful voices in history, and her performance with Cooper is outrageously good, full of the sometimes mournful, but always heart-felt, singing that is her hallmark. Cooper starts the song, but when Lady Gaga enters, the audience roars and the performance ends with the two of them staring lovingly into each other’s eyes. That Lady Gaga outsings Cooper is a given – although Cooper deserves credit for learning how to sing and having the courage to even try to sing with her. In the end, or even the middle, he is no match for her abilities.

Lady Gaga co-wrote the song, and took home the Oscar for best Original Song, a well deserved celebration for a work that truly captures the essence of the relationship, both highs and lows, portrayed in A Star is Born. But the Oscar performance is a perfect illustration of why the movie didn’t win any other Oscars – outside of Lady Gaga’s outstanding performance as a musician, there just isn’t anything else worth remembering or Oscar-worthy.

Yes, the Sound Mixers did a good job of balancing the music and the conversation, emphasizing what is appropriate at the right time. Collectively, they had worked on such important (soundwise) movies as La La Land, and Sicario. But the Sound Mixing for Bohemian Rhapsody – the other music-oriented film, and the winner of the Oscar in that category – was better. And, while the cinematographer captured some good angles and managed effective shading, especially in the challenging world of music concerts, Roma, filmed in digital black-and-white, managed many more subtle challenges.

Cooper, in addition to acting and directing the movie, also co-wrote the adapted screenplay. One of his collaborators, Eric Roth, has received multiple screenwriting Oscar nominations and won the category for his work on Forrest Gump. But while there are many good scenes in this movie, there is nothing particularly outstanding in the lines, unlike Spike Lee’s script for BlacKkKlansman (the Oscar winner) which managed to parallel comedy and tragedy in the same paragraph.

Sam Elliott was nominated (for the first time) for his supporting role as Jackson Maine’s (Cooper) older brother. And he does a credible job. His scene at the end of the movie with Lady Gaga is very solid, and comforting. But supporting actors are always just that, and, probably because of the huge age difference, I didn’t understand they were brothers until well past the mid-point of the movie. Supporting actors are supposed to be just that – supporting, not dominant. But in Elliotts case, I thought he was much better in Road House and the Big Lebowski than he was here – just a bit irrelevant. (He disappears for the middle third of the movie and you don’t much miss him.) 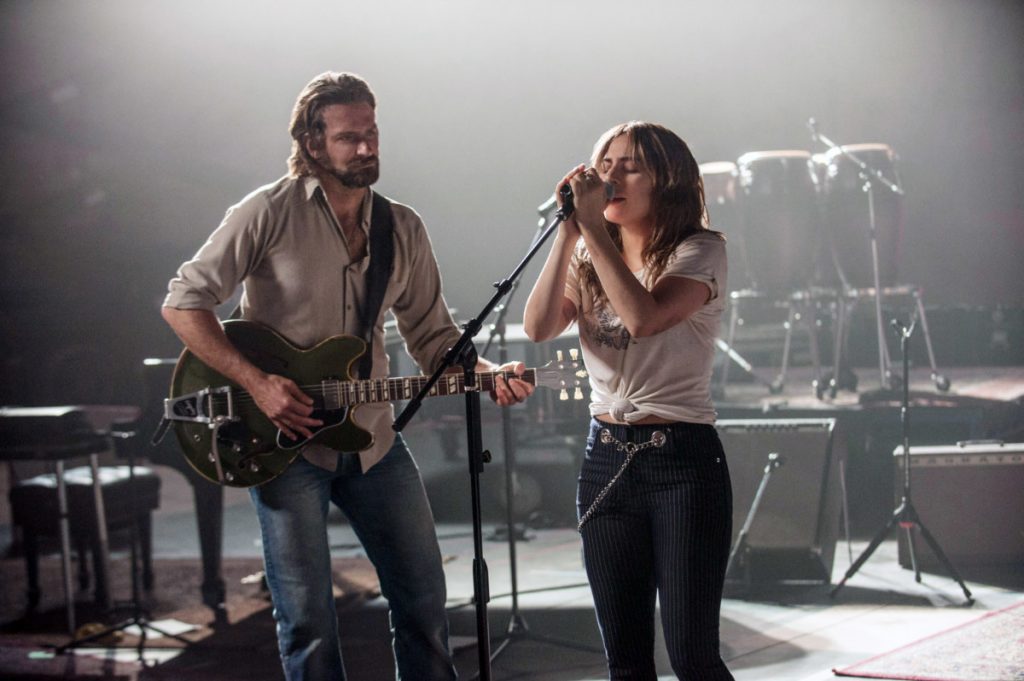 Then, of course, there are the acting nominations for both Cooper and Lady Gaga. This is her first, and, because of that, she can be forgiven for not rising to the top. She has talent, and may well grow with some additional roles, but I question whether she can really act a role that isn’t her own life. Her personal rise to fame has serious echoes with the story of the movie, so how hard is it for her to act this role? She even has a ‘difficult’ nose to flaunt that doesn’t require any makeup or prosthetics to manufacture. We may hear more from her in the future, but, like Madonna, I don’t expect she will become a first tier actress.

Cooper is a first tier actor, receiving previous nominations for American Sniper, American Hustle, and Silver Linings Playbook, although he has never won an Oscar. I like him best when he is in a balanced ensemble; I thought the team effort in American Hustle was one of the most outstanding collection of performances in any movie. And I give him full credit for allowing Lady Gaga to demonstrate her strengths – he is not a selfish performer. But he is also not a singer. He did an OK job here, but was blown away every time Lady Gaga opened her mouth. Yes he did a good job portraying a drunk and his scene at the Grammy awards was, shall we say, ‘spot-on’. But he was more convincing in other movies.

Overall, A Star is Born is a moving romantic tale that emotionally portrays success and failure in the music world and its repercussions on a romantic relationship. But this exact same tale has been told at least three times before, most recently by Barbra Streisand and Kris Kristofferson in the 1970s. (The parallels between Lady Gaga and Streisand go well beyond just the nose!). Does every generation need their own version of this story? The problem with this movie is that, aside from concert performances by the lead woman, this movie doesn’t add anything to our understanding – it is a remake with little added value!

This generation’s version of A Star is Born is just fine. If you haven’t seen an earlier version, then rent this one – the story is the same, so it doesn’t really matter. This isn’t an outstanding film, but because of Lady Gaga’s musical performances (which could have been collected in a concert film, or a musical documentary), I give the movie 3.5 stars. (Oh, did I mention that it will make you cry…)