(3.5 Stars) Visually stunning and terrific sound. But not up to Kubrick standards! 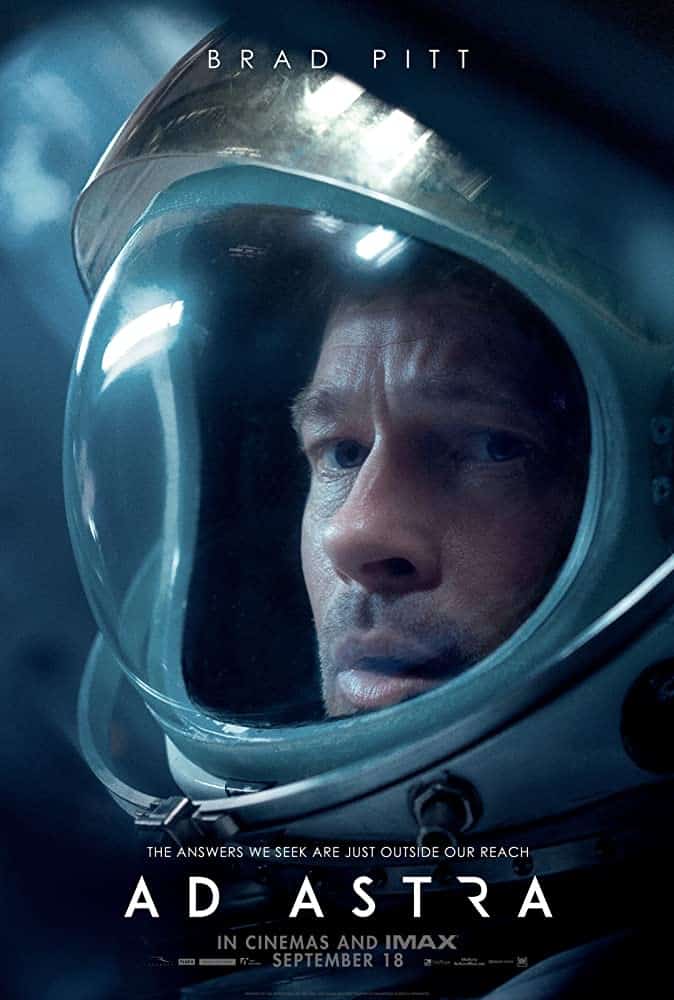 Andy, after our movie group screening, argued that Ad Astra was basically a remake of Apocalypse Now in a different setting.  Andy is particularly capable of capturing the essence of movie plotlines, even if he manages to fall asleep for much of the film’s duration.  It’s been a few years – should we say ‘decades’ –  since I’ve seen Apocalypse Now so I wasn’t quite sure of the comparison.  For me the movie stirred memories of an even earlier great classic, Stanley Kubrick’s 2001: A Space Odyssey.

So imagine my satisfied surprise when I read that director James Gray describes his Ad Astra movie as “Sort a like, if you got Apocalypse Now and 2001: A Space Odyssey in a giant mash-up and you put a little Joseph Conrad in there.”  It appears that we both second-guessed the director. (Never mind that Apocalypse Now is, essentially, a remake of Conrad’s Heart of Darkness anyway!)  And so, with that description, you pretty much have nailed the story and tone of this movie.  If, for whatever reasons, you disliked Apocalypse Now, 2001, or Joseph Conrad, then you most likely won’t like Ad Astra.

Brad Pitt, in what is probably his most nuanced performance yet, plays a cool-as-a-cucumber astronaut of the future, Roy McBride.  Roy is so cool that he has the reputation of never getting his pulse rate above 80 – even after the heart racing opening sequence – move over, James Bond!  How McBride manages his enviable coolness is never really explained, but the constant preoccupation of his managers and himself with his psychological state might have something to do with it.  Multiple times he has to record a psycho-self-analysis and his future options are determined by the results of these assessments.  (It seems that in this future society, psychology has not only advanced significantly in its scope and understanding, but it also has assumed a central significance well beyond where it stands today.  That, too, is left unexplained – it is just one of those assumptions science fiction is allowed to make in setting the stage for the story in a different future world.)

So, within this context, Earth seems to be under attack by a powerful but unexplained energy emanating from somewhere near Neptune.  Coincidentally, it turns out, Roy’s Father mysteriously disappeared somewhere near Neptune a couple of decades earlier after he had abandoned Roy and the rest of his family to search for Extra-Terrestrial Intelligence.  Something had happened to that mission years ago and everyone was presumed dead.  Now they aren’t so sure and Roy is given a new mission.  (So, do you see the similarities with Apocalypse Now?)

None of what I just explained constitutes a spoiler – I wouldn’t do that.  You learn all of that fairly early in the movie.  The storyline, then, is what happens along the way from Earth to Neptune as Roy embarks, pursues, and completes his mission.  The story is full of twists and turns befitting a science-fiction/adventure/thriller.  Some of them are relevant to the story, others not.  But you won’t know until later which is which, so pay attention.

If the similarity with Apocalypse Now is found in the plot, the parallels with 2001 are in sentiment and tone.  Just like in 2001, there is a cool reserve throughout the movie.  Despite exciting events, McBride maintains that low pulse rate and, with a James-Bond-like detachment, doesn’t let anything bother him.  When weird and disturbing events happen, they don’t detract from his mission.  His unwavering pursuit of mission is very similar to HAL’s in 2001.

But the 2001 sensibilities go beyond the ‘cool’ tone.  Ad Astra attempts, in its conclusion, to raise the same kinds of questions that Kubrick posed fifty years earlier – existential questions about humanity’s relationship with the unknown and whether, and to what degree, we have intelligent company in the universe.  In posing these questions, both movies move from telling a story, to exploring metaphysical questions that aren’t just impossible to answer, but even difficult to frame in a way that makes any sense.  I suppose the movie’s tagline is entirely appropriate: “The Answers We Seek Are Just Outside Our Reach.”

Technically, Ad Astra, with the benefit of fifty years of film technology, has greatly expanded the visual and aural possibilities that Kubrick so remarkably explored.  Cinematographer Hoyte Van Hoytema previously gave us outstanding imagery in Interstellar.  Here he continues the work in somehow managing to merge the intimacy of an astronauts face in a helmet framed against the great void of outer space.  In Ad Astra, he filmed several scenes in California’s Death Valley to give us realistic feelings of the moon and Mars.

The three men nominated for the Sound Mixing Oscar – Gary Rydstrom, Tom Johnson, and Mark Ulano – have, between them, been nominated a total of 26 times in Sound categories and have won the Oscar for Mixing or Editing seven times, including work on Jurassic Park, Terminator 2: Judgment Day and Saving Private Ryan.  Significantly, all three of them were on the winning Sound Mixing Oscar team for the movie Titanic.  The point is, there is quite of bit of high-level experience on the sound qualities in this film and it shows.  The mix of effects, dialog, and music is masterfully handled.  (As in 2001, dialog is minimal but the ‘psych self assessments’, referenced earlier, are important elements of the movie.)

Brad Pitt isn’t bad either.  He wasn’t nominated for this movie, instead winning the Oscar for this year’s Once Upon a Time …in Hollywood, but I dare say that his performance here is one of his best.  Pay particular attention to the scene towards the end where he meets his father.

You also learn from this movie what it means to be a ‘supporting actor’.  Performances from Donald Sutherland, Ruth Negga, and Liv Tyler are all there to draw out and contrast with Pitt’s character.  Tommy Lee Jones plays his father in very difficult, but emotionally important climax scenes.

Despite all these good points, the movie as a whole is not great.  Perhaps it never could be given the kinds of questions it tries to frame.  Kubrick managed it with 2001, but in doing so, he set a rather high bar that, unfortunately no-one has yet equaled.  Ad Astra is fun to watch and certainly has intriguing moments, but when it is over and the credits roll, you have to ask if that was the best way to answer these kinds of questions?  Maybe it successfully retold the Heart of Darkness, but it didn’t leave me with the same sense of awe about the universe that I had with 2001.  Sometimes its best to leave the classics alone. (3.5 Stars) 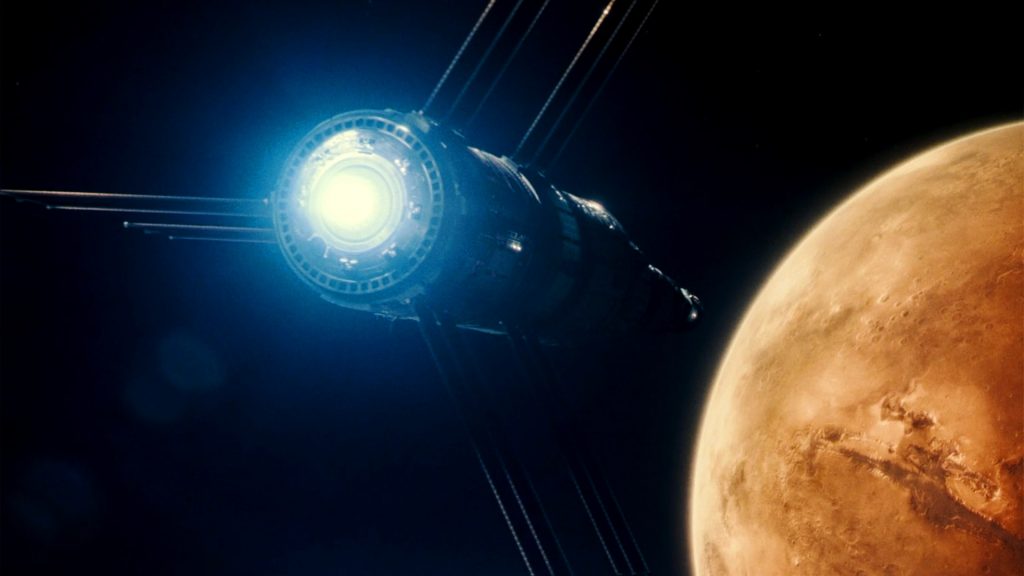