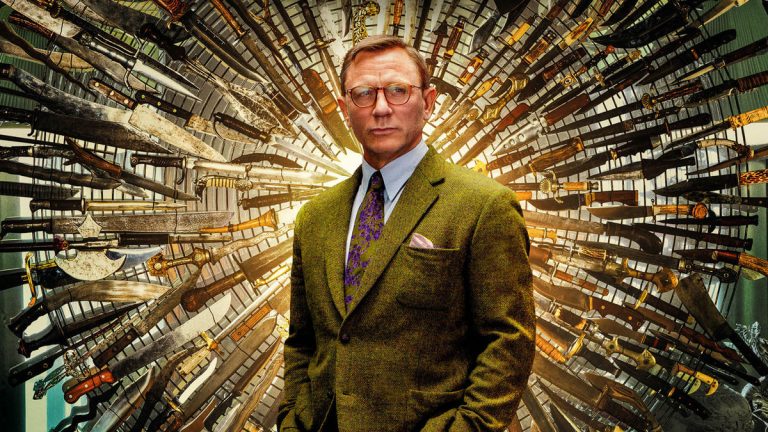 This year’s Mystery genre movies could hardly be any different.  Probably the most traditional of them would be Knives Out where we are presented, early on, with a crime, including knowledge of who did it. So as the movie traces the attempts to track down the solution by the detective (Daniel Craig), we are presented with multiple red herrings and plot switchbacks.  The movie was thoroughly enjoyable, especially the performance by Ana de Armas as one of the leading suspects.  You will certainly enjoy this movie if you like mysteries.

The Lighthouse involves some mystery, but you never really know what is going on in this story, so ‘Mystery’ may not be the best description – or maybe it describes the entire movie.  Two men are trapped in cramped quarters on an island during a serious Nor’easter storm.  The story unwinds, just like the staircase, in unusual ways as we plumb the depths of their minds, which are also unwinding.  Filmed in black and white, the cinematography is terrific and the acting by Willem Dafoe as the older man facing an identity crisis, is the best of his career.  The main mystery is what, exactly, is going on at the top of the lighthouse.  What you discover may or may not answer the question. There is crime, suspense, and mystery here that lasts long after the movie is over, but there is also intense psychological drama as these two characters dissolve together.

There is certainly some mystery in Ad Astra – something is going on out near Neptune and Brad Pitt, as a cool astronaut Roy McBride, is determined to find out what.   This is also a science fiction movie and so the ‘mystery’ involved is not your typical ‘whodunit’ involving a murder (like Knives Out).  The mystery here involves more cosmic themes like the viability of life on earth and the possibilities that we are not alone in the universe.  The movie adopts a tone that I’m not sure I’ve encountered before as the story is told almost as McBride’s personal journal entries.  The requirement that he repeatedly perform personal psychological evaluations adds a unique twist.

Still, the only real conventional ‘Mystery’ of the three is Knives Out.  The other two embed some mystery plot elements in the story, but end up going in entirely different directions.  That certainly doesn’t make them bad movies – I liked all three.  But it would be difficult to compare them to a classic Hitchcock film like Vertigo or Rear Window.

Last year’s (2019 Oscar season) Mystery movies included The Ballad of Buster Scruggs and First Reformed.  The Ballad of Buster Scruggs is a Coen brothers movie and as such is difficult to categorize in any kind of genre.  The movie is also listed as a Western, Comedy, Musical, and Romance.  It is, conceivably, all of those things and none of those things, depending on how you look at their collection of six vignettes.  Sure, I suppose a couple of them involved a mystery-type suspense sequence, but I wouldn’t go and rent this movie expecting a typical mystery.

First Reformed, on the other hand, is more of a traditional mystery, although even that one violates most of the rules compared to such classics as Vertigo, Chinatown, or Rear Window.  There is certainly suspense as you follow the actions of the reverend (Ethan Hawke), and more than one crime involved.  First Reformed kept me guessing about the outcome right up to the end.  It is a good flick, but not outstanding.