A Summary of this year’s movie reviews in the minor genres. And comparisons to last year’s entries. 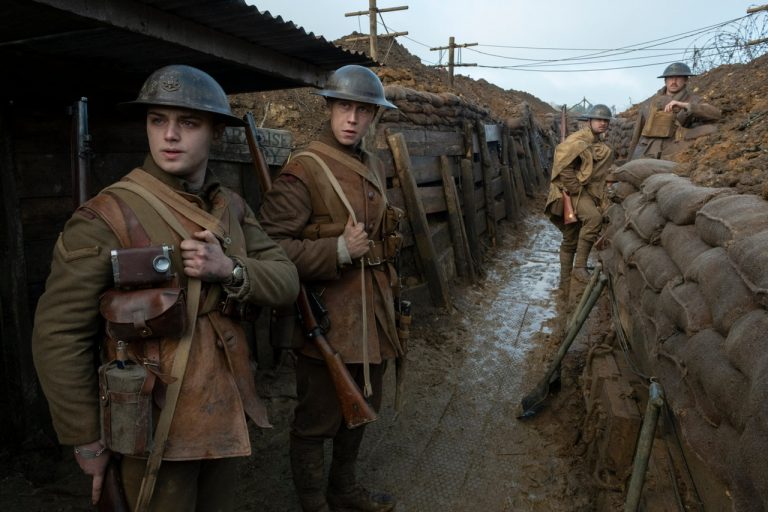 When a genre has only one or two movies for any given year, it is difficult – maybe impossible – to compare or rank them.  So my thought is just to talk about those movies as a group.  Obviously, cross-comparisons sort of get lost – I’m not sure how you compare a horror flick and a movie in the Music genre – but we’ll share some thoughts that might help a reader decide to watch one or not.  I also bring up 2019’s Oscar movies in the same genres.

History: Harriet and Edge of Democracy are the two movies in this year’s history genre.  Harriet tells part of the story of Harriet Taubman, a courageous black woman who risked her life to run dozens of people to freedom on the Underground Railroad during the pre-civil war days.  In my review of that movie I argued that although Cynthia Erivo did a good job as the title character, the rest of the movie didn’t live up to the same levels.  Significantly, the plot line was full of holes.  I only gave it 3 stars.  Edge of Democracy is a documentary about recent events in Brazil.  Director Petra Costas narrates the movie and provides a powerful and personal tale of the right wing rise to power in that country.  The remarkable access to the people and events in this history weaves a dense fabric that is hard to criticize.  The comparisons to contemporary America are obvious. (I gave the movie 4.5 Stars)

In 2019 there were five Oscar movies in this category including two from foreign countries about World War II and its aftermath (Cold War and Never Look Away), two about very old English royalty (The Favourite and Mary Queen of Scots), and one about the First Man on the moon.  Of those I preferred The Favourite (for its humor and acting), and Never Look Away for its complex look at the effects of war over a lifetime.

Horror: The Lighthouse is a strange movie and while there are elements of the horror genre in it, I’m not sure I would have classified it here.  There is definitely violence, but the black and white cinematography renders blood just a different shade of black.  I liked this movie for both its technical merits and its different but intriguing story line, which ultimately is about masculinity and what happens when it gets old.  Willem Dafoe demonstrates some of the best acting of his career.

Last year, A Quiet Place, was the only Oscar movie from this genre.  The two films are similar in their level of technical merit with A Quiet Place relying more on sound than sight.  It also had a more conventional monster-story.  Still, I thought both of them were great movies, but only if you can take the kind of emotional assault that comes with this kind of film.

Music: Rocketman is a musical about the rise, fall, and rebirth of Elton John.  If you like his music at all, you will love this movie.  But the movie also offers a new twist on the ‘sex, drugs, and rock’n’roll’ by portraying the emotional moments as a musical, rather than a typical dramatic presentation.  Some will find that approach interesting and fun, others might be a little irritated at the artifice.  Much has been made of the ‘R’ rating and its portrayal of gay sex, but I found it to be refreshingly appropriate and, about time!  Taron Egerton’s acting, as well as his singing, was thought to have earned him a place at the Oscar table, but instead it was nominated only for a song that he and Elton sang together during the ending credits.  Certainly not the best movie of the year, but an interesting approach to one of music’s legends.

Last year there were four movies about musicians and music.  Bohemian Rhapsody was a biopic about Freddy Mercury (of the band Queen) and is probably most comparable to Rocketman.  In fact, not only did Queen and Elton John share a manager during the 1970s (John Reid), but Dexter Fletcher directed Rocketman as well as finishing Bohemian Rhapsody after its original director was fired.  The two movies are similar in the life stories being told, but differ significantly in presentation style.  In the end, your ranking probably depends on whose music you liked better!

The other three Music-genre movies from last year were Cold War, A Star is Born, and Green Book.  Green Book is, in my opinion, only incidentally about music as it relates to a black classical piano player touring the south with a coarser white body guard.  Music is used as an expression of the black man’s social status, compared to the white folks around him, but his piano playing is not the focal part of the movie.  A Star is Born, starring Lady Gaga and Bradley Cooper is the fourth (or maybe fifth) remake of that movie.  Music is the vehicle by which the two main players meet and then fall apart.  There is some spectacular singing by Lady Gaga, but less so from Mr. Cooper.  Cold War is a Polish film where, as in Green Book, the music is incidental to the plot-line which is about a couple split by the political divisions in Europe after World War II.  Cold War does feature some good post-war jazz tracks.

Sports: Ford v Ferrari is the only entry this year in the Sports category and, of course, some people would even debate that.  But Ford v Ferrari does exhibit all the characteristics of a good sports movie.  There’s the unlikely entry into the race, the initial losses, and then the stirring come-from-behind to take the lead and win the glory.  All of that is here in this movie, making it a good candidate for the genre. But, as I argued in the review, it also offers a conflict that is even bigger than the competition in the race, and that is the battle between Shelby/Miles and the Ford executives as they seek to build a competitive race car (and team) in spite of the obstacles the car industry presents.  So, in this movie, you get two conflicts for the price of one.  Unless you really dislike car-racing as a human enterprise, you will enjoy this movie.

Last year’s only Sports movie was the documentary Free Solo about the climb, without ropes, up the sheer face of El Capitan at Yosemite.  Given that the mountain climb is a real event, as opposed to the staged movie race in Ford v Ferrari, you really have an apple and orange comparison.  Both movies manage to sustain a level of tension, and, arguably, the solo event up the mountain is a more compelling sports story.  Still, as a movie experience, Ford v Ferrari is more entertaining.

War: 1917 and JoJo Rabbit are the two entries in the war category. 1917 is a more conventional war story focusing on two soldiers on a critical mission in the trench warfare of World War I.  In the space of one short day, these men confront life-altering experiences for questionable ends.  As I wrote in the review, 1917 is a technical marvel with exceptional cinematography (it won that Oscar), but seems to come up a bit short on the story.  (I am told by a former soldier, though, that it accurately portrays the chain of command and the fellowship of the grunt soldiers.)

Jojo Rabbit is a horse of a different color.  Billed as ‘An anti-hate satire’, I’m not quire sure how well it works as an anti-war movie.  What I liked better was its ‘coming-of-age’ story and the interaction between the two youngest actors.  War scenes are there, of course, but they are obviously fake, exaggerated, and, frankly absurd.  The movie runs into trouble in trying to find the right tones between the harsh subject matter of Nazism, and the sentimentality of growing up.  In other words, if you’re looking for a real ‘war’ movie, this probably isn’t it.

Last year’s (2019) war movie was the documentary, Fathers and Sons, about how the ethic of terrorism is passed down family lineages in Syria.  As a documentary, it has an entirely different look and feel from  this year’s two war films.  But if you are looking to understand what motivates some soldiers to risk their lives, Fathers and Sons might be more convincing.

Westerns:  No movies in this year’s list are Westerns! Last year’s only Western was the Ballad of Buster Scruggs.  As a Coen Brothers film, Buster Scruggs is indeed a strange and violent western and isn’t likely to meet your expectations if you want a traditional ‘Western’ movie.  It is, however, a lot of fun.