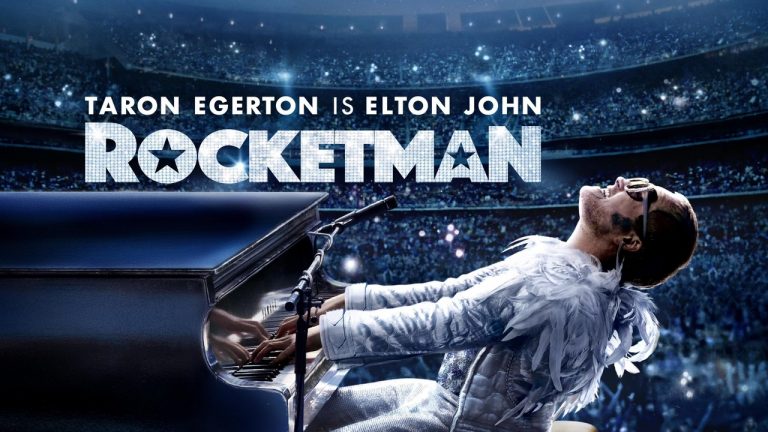 The Original Song Oscar category is one of those that should just go away.  Sure, musical numbers break up the monotony of the annual Oscar ceremony, but the category has become mostly insignificant when it comes to honoring movie-making magic.  If an original song contributes to the telling of the story and is integrated into the fabric of the movie itself (as in the song in Toy Story 4), then I can see a reason for honoring it.  But, as happens so often these days, the song doesn’t even appear until the ending credits, then its relevance to the movies craftsmanship is diminished and, frankly, irrelevant.  I could see a new category in the Grammy’s for ‘Songs appearing in movie credits’ or something along those lines, but honoring it with the same weight as Best Director with an Oscar is ridiculous!

None of that is to say that it wasn’t a good song – it gave Elton John a chance to add a personal flourish to a movie that was all about himself.  The song, written just for this movie and the only one actually sung by Elton, serves as sort of a coda on the end of movie chronicling his personal story from his musical roots as a young piano prodigy to his unique ability to channel the lyrics of his lifelong songwriter Bernie Taupin, through his outrageous success, especially in America.  That, as in so many musical career stories, led to a life of extreme riches, drugs, sex, and ultimately, suicide-attempting tragedy.  John, of course, has survived all that and now has a very different, and, according to the text starting the credits, a much happier life.

The story is told as a musical with Taron Egerton playing the role of Elton.  Egerton is a young actor unknown to me, but apparently with successful appearances in the Kingsman movies.  His performance in this movie was the subject of substantial Oscar buzz as Best Actor material, and while I’m not sure he deserves that level of accolade, his performance here was confident and his singing was acceptably entertaining.   His dazzling costumes mirrored the wonderful excesses of Elton John, right down to some 53 different pairs of glasses. The performance was entertaining both emotionally and musically.  Telling the life of a musician as a musical, using 25 of Elton John’s songs, is a fabulous way to relate the textures of Elton John’s music to the fabric of his life.  In fact, I think that might be the single biggest strength of this movie – how it enlightens our understanding of his songs by embedding them in his life story.

The movie centers on Elton John’s rehab experiences.  The story unfolds as he tells his tale in a circle of other troubled souls with flashbacks to all the important chapters in his life.  That includes recounting his early childhood where his relationship to his Mother and Father becomes painfully critical to his subsequent life choices.  As John says later in the movie “Real love is hard to come by.  So you find a way to cope without it.”  For Elton John, that initially found creative expression in his music.  It later manifested itself in increasingly destructive behaviors with drugs and alcohol.  Although I can appreciate the role the parents play in forming a child’s personality (Piaget argued that the personality is pretty much all structured by the age of 7), I sometimes think we often attach exaggerated importance to that factor above all others.  This movie does that and although I found it a little too overbearing, I suspect other viewers reactions will vary depending on how they might view their own parent’s importance.

Still, the story is emotionally strong and Elton John’s story, as portrayed in this movie, is moving and will pull all the right strings.  I dare say it is impossible not to feel despair at John’s lows and incredible elation at his highs.  One of those highs, that I was completely unaware of, was his long-lasting working partnership with Bernie Taupin who, it turns out, wrote almost all of the lyrics behind John’s songs.  Even more important though, is that this one man was behind and supporting Elton from the beginning and unwavering through his entire life.  The movie shows quite well that Taupin may have been John’s only true friend.

Another high point of the film is when he is ‘discovered’ in America at his performance at the Troubadour in Los Angeles.  We can certainly say that it was elevating in many ways.  Of course, it probably didn’t happen exactly the way it was portrayed in the movie, but that really isn’t as important as much as the incredible feeling of achievement and recognition that John received that night.  And that night led to an incredible musical career in the U.S. and around the world.

It can be argued that we’ve heard this story before.  Indeed, the director, Dexter Fletcher, is the same director who took over and finished Bohemian Rhapsody, a very similar story about Freddie Mercury of Queen which won four Oscars including Best Leading Actor for Rami Malek.  The story arc – exceptional talent, a stunning rise, lots of sex (in both cases, homosexual sex), and drugs – is similar in both cases.  The stories end differently though -Mercury died of complications of AIDS in 1991, while John emerged from rehab a very different man, got married, and has now retired from musical life to raise a family and engage in charitable organizations fighting AIDS.

Although the movies are similar, their approach and tone are entirely different.  Bohemian Rhapsody is a more-or-less truthful attempt to tell Mercury’s life story, while Rocketman takes quite a few liberties and constructs the tale as a musical, often poking fun at the music genre and at Elton John himself.  Even the costumes Egerton wears are over-the-top exaggerations – if that is even possible – of what Elton wore to his performances.

Ultimately, of course, the main legacy of Elton John is his music.  The movie does a wonderful job of staging his songs, especially his hits of the 70s.  If you were at all alive during that time, you know some of his songs and will love to see, and hear, the stories behind them.  The movie is not a major work of art, or of cinema.  But it is a terrific way to spend a couple of hours, especially if you like his music. (3.5 Stars) 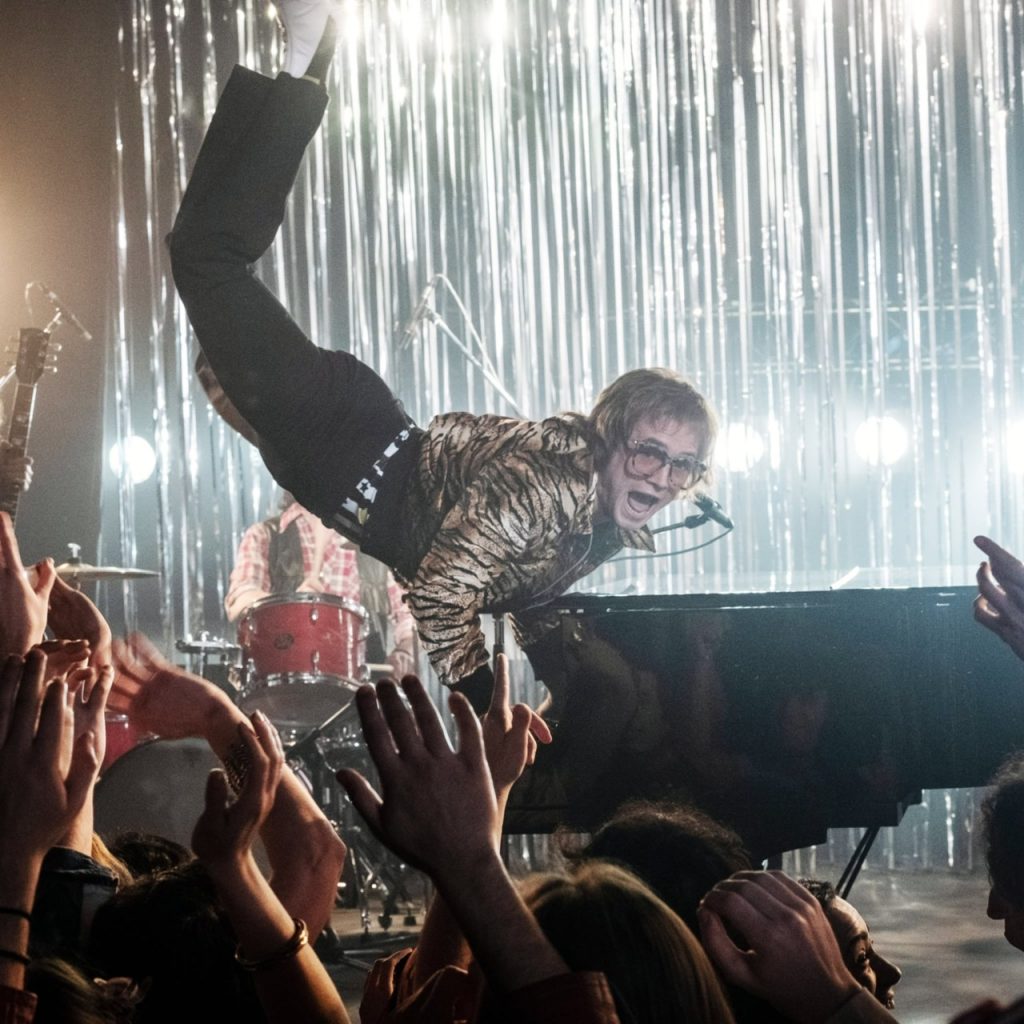