(3 Stars) Some good moments. But the movie doesn’t quite come together. 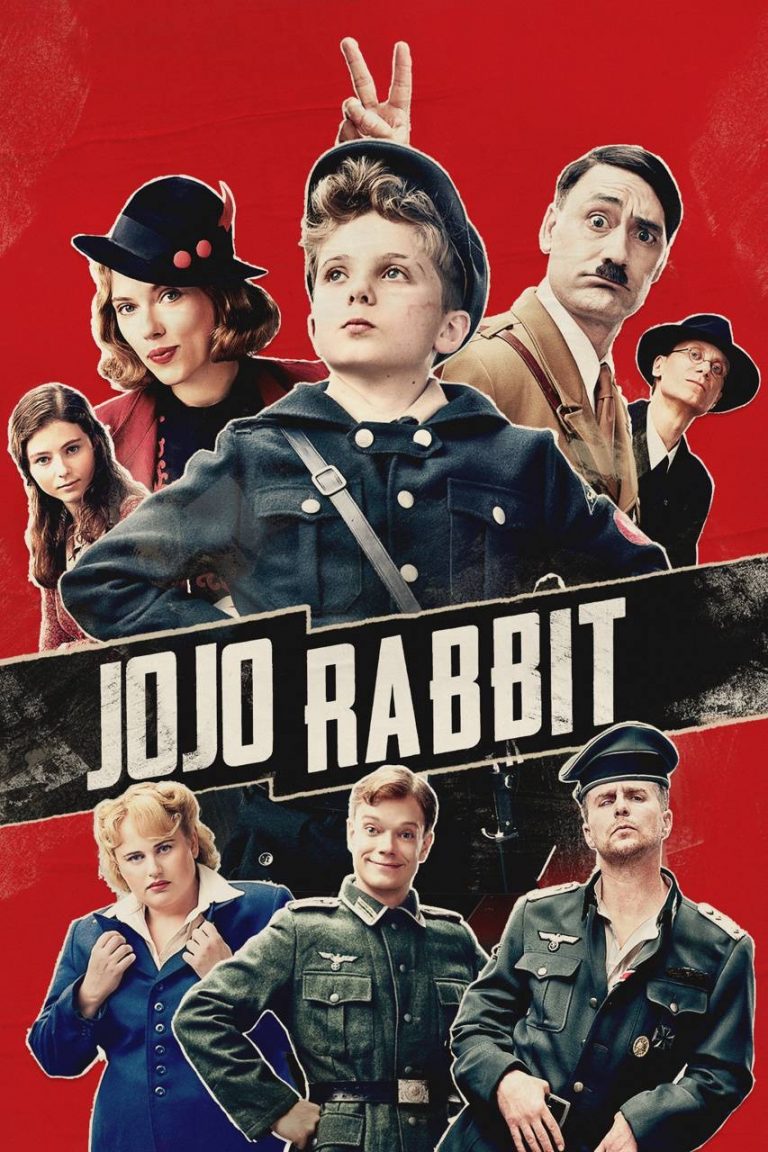 Jojo Rabbit, like Joker, is one of those films where the movie-watching public  likes the movie better than the critics.  In the case of Joker, it seemed that critics didn’t like the political message the movie seemed to argue.  But, in Jojo, the disagreement seems to be more on exactly how the movie resonates.  Critics did not appreciate the dissonant tones of the movie, finding the navigation between the comic portrayal of something as intrinsically awful as Hitler and Nazi genocide and the softer messages of a boy’s maturation to be a bit ‘off’.  Brian Tallerico (Roger Ebert) called the basic premise ‘risky’ and argued that director/writer “Waititi can’t navigate some very tricky tonal waters.”  James Berardinelli (ReelViews) argued “The critical flaw evident through Jojo Rabbit is its inability to skillfully shift from tragedy to satire and back again.”

Indeed, Joan and I finished the movie and both suggested that we weren’t really sure whether we liked it … or not!  The movie hit some chords – there were scenes that were downright funny and some others that were tragic and some that were so sentimental that you had to cry.  Even after chewing on the movie for a day or two, I recognized that I had been affected, but couldn’t quite put my finger on exactly how!  I wanted to say I liked the movie, but not really sure why?  Part of the ambiguity is the basic premise of trying to make comedy out of something as tragic as Hitler and World War II.

Director/Writer Taika Waititi won the Adapted Screenplay Oscar for his script, based on a novel, Caging Skies, by Christine Leunens.  Apparently this was a favorite of his Mother’s and he was exposed to it early in his life.  (Waititi, an experienced painter, photographer, and fashion designer,  has acted in, directed, and written for several other movies, including What We Do in the Shadows, Hunt for the Wilderpeople, and Thor: Ragnarok.)  His Mother is of Ashkenazi Jewish descent while his father is Maori (native New Zealand).  Perhaps his unusual genetic mix is responsible for his penchant for mixing things up on the screen.

He is reported to have wanted to make Jojo because of his perception that many of his contemporaries were losing memory of the awful history of WWII and the racism it highlighted.  His tagline for the movie is “An anti-hate satire” – so the themes of prejudice and hatred certainly form a strong backbone to the plot.  He also plays the role of Adolph himself, although this Adolph is an imaginary friend to the movie’s central character, a young German boy named ‘Jojo’.  His version of Hitler is certainly not flattering (and doesn’t even pretend to be historically accurate – Hitler never smoked).  The Nazis, portrayed to hilarious effect by people like Sam Rockwell (Three Billboards Outside of Ebbing, Missouri/Vice) and Rebel Wilson, are in no way sympathetic.

Even the character of Jojo is presented initially as a young German (eight or ten) committed to the Nazi effort, eager to join the Hitler youth, and more than willing to ‘Heil, Hitler’ as many times as necessary.  At one point, Jojo even begins a children’s book to portray what Jews are really like – a book that is heartily enjoyed by the absurd Gestapo.  He even, on occasion, argues with his Mother (Scarlett Johansson – nominated for this role, although I’m not sure why) about the superior values of the Nazi program.  (His mother, though, as we slowly discover, is not exactly who Jojo thinks she is.)

In fact, few of the people in Jojo’s life are who he thinks they are.  And the movie, in many ways, is less a satire of Nazi Germany than it is a coming of age movie as we follow Jojo through a short path of discovery that profoundly alters his life.  He discovers a ‘real Jew’ in the form of a late-teen girl, Elsa.  And, much to his dismay, he finds that maybe she doesn’t have horns, and in fact, is more of a real friend to him than he ever would have guessed.  And he discovers, through her, much more of what it means to be an adult in the real world.

Johansson, Rockwell, Waititi, and Wilson are all very good in their supporting roles, but the real acting credits in this movie go to the kids.  Roman Griffin Davis, playing Jojo, is one of those rare child actors who seem to convincingly show us that kids understand the world in ways that we usually don’t allow them.  And I was especially impressed by Thomasin McKenzie, an up and coming young actress from New Zealand.  She is not only strikingly attractive, but she has a poise and confidence in front of the camera that renders her as a real ‘big sister’.  It is her character that impacts Jojo in such important ways.  We will be seeing more from both of these young talents.

In the end, I was more moved by the interaction between these two young characters than I was by the ‘anti-hate satire’.  Perhaps the problem with this film was that Waititi really had two movies in mind here and he couldn’t quite make up his mind which one he wanted to make more, so he just sort of threw everything up against the wall to see what would stick.  There are some terrific, sentimental moments in Jojo Rabbit, but I’m not sure that a farce about Hitler was the appropriate vehicle.  I have to agree with the critics here, that the shifts in tone just don’t quite work. (3 Stars) 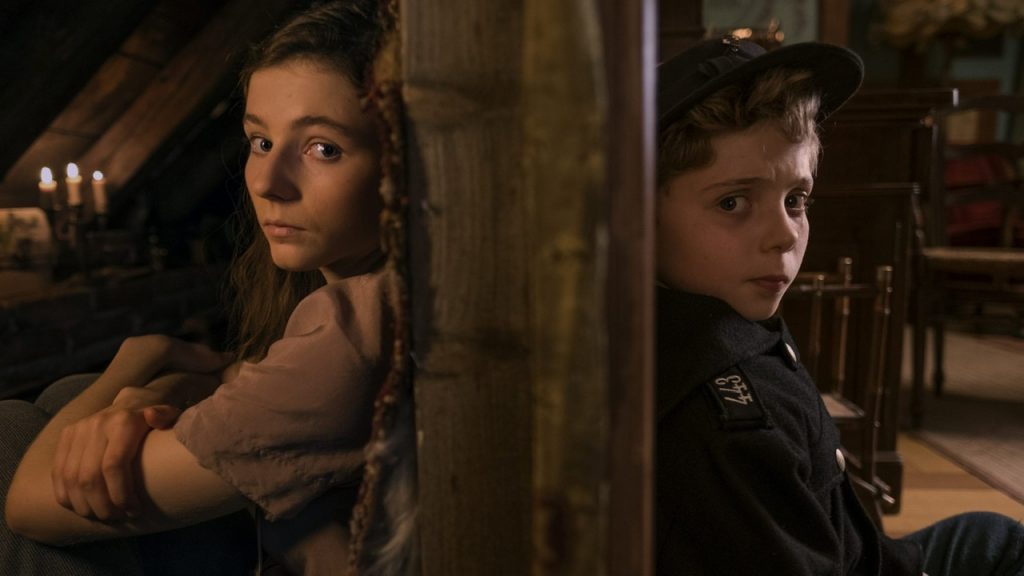