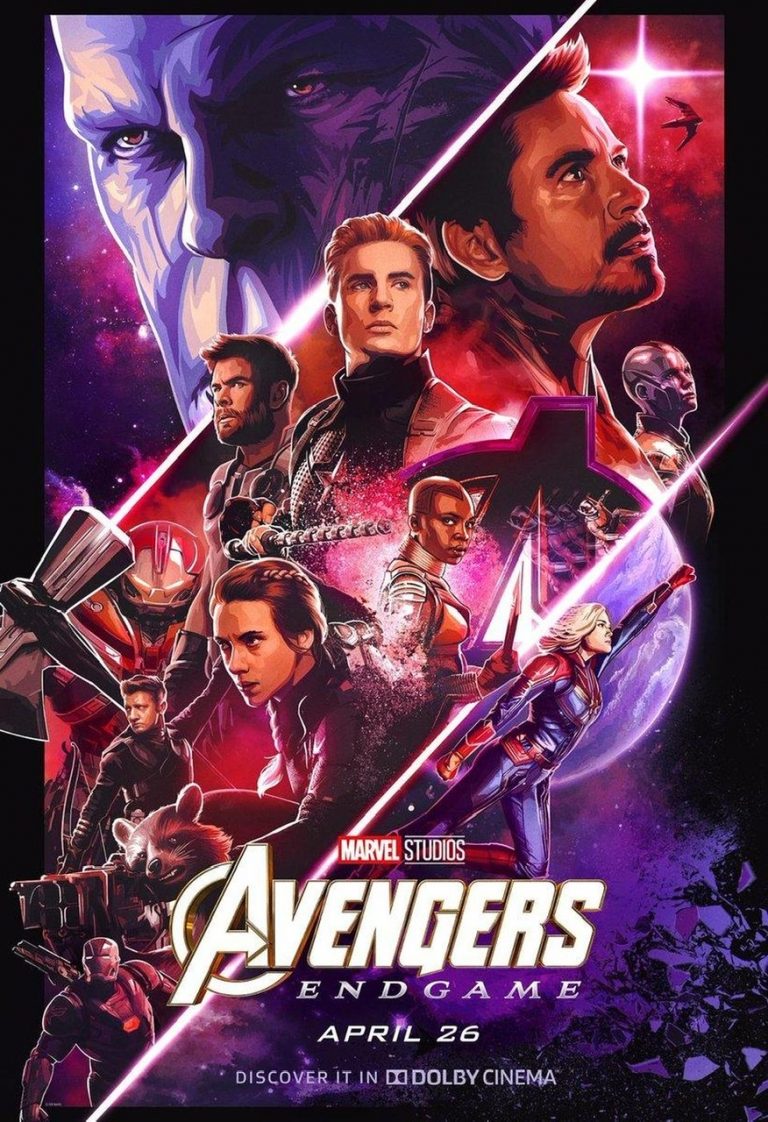 It’s almost impossible to write about this movie because it is very difficult to capture the scale of this business and creative effort.  It is no exaggeration to say that Avengers: Endgame represents the culmination of the largest business and creative effort ever attempted in the world of cinema.  To say that they succeeded is, I would think, a rather modest statement.

As a business effort, there is little doubt of the magnitude of this enterprise.  Endgame is the latest film in a series of 23 movies over the last eleven years, known as the Marvel Cinematic Universe (MCU).  These movies have, collectively, cost more than $4.5 billion to produce but has – to great shareholder, and owner (Disney) satisfaction – returned a whopping $22.5 billion in global box office revenue.  (And that does not include all the non-theater revenues, like television series, comic books, theme parks, and, of course, merchandise.) The only franchise that comes close to this one in number of films is the James Bond series with 27 movies, but the total gross box office only comes to a third of the MCU, at a little over $7 billion. Endgame, alone, is the highest grossing movie of all time earning more than $2.8 billion worldwide. (Even if you adjust for inflation, Endgame still comes in fifth behind Gone With the Wind, Titanic, Avatar, and the original Star Wars, all of them released more than a decade ago.)

Clearly, the MCU is a amazing contemporary business juggernaut.  And the success at the box office certainly reflects strong popular appeal.  In IMDB, Avengers: Endgame ranged fifth out of this year’s 38 Oscar nominated movies.  All of which is to say that the movie-going public loves the MCU and, especially, Avengers: Endgame.  If, by some strange quirk of fate, you haven’t seen this movie yet, then its popularity, and fan support, are enough of a reason to rent or stream the movie now.

Critics haven’t been as kind to the film.  The IMDB Critic MetaScore (a composite of 54 critical reviews) gave it only a 78, placing it pretty much right in the middle of this year’s Oscar movie list.  After reading six or seven of their reviews, the consensus seems to be that Endgame is a massive and overwhelming experience, but, with an exception or two, the critics couldn’t quite allow themselves to say it qualified as a first-rate movie.  It is this issue – the creative qualifications of Endgame – that I’d like to discuss in the rest of this review.

First, some more numbers.  With a budget estimated at $356 million, Endgame is the third most expensive movie ever made, just behind a Pirates of the Caribbean movie (On Stranger Tides (2011)), and the 2015 MCU film, Avengers: Age of Ultron.  This kind of budget buys you two things in the MCU – a huge cast of well known super-hero characters, and state-of-the-art computer-generated-imagery (CGI).  The latter part of the budget is what earned the movie’s Visual Effects nomination.

And the imagery is stunning.  Of course, there are battle scenes between super-characters and their super-human powers are more than evident.  Although the primary battles are the focus, there are literally thousands of ‘soldiers’ involved in these scenes and they are rendered, by computer, with evident realism, even if their biologies aren’t exactly earthly.  Interestingly, even the suits worn by the super-heroes are largely un-real, but instead are computer-imaged on top of the moving characters.  You wouldn’t know they weren’t real costumes, but they aren’t.  Several scenes take place on unearthly worlds and they are displayed with a precision that befits an iPhone 11 snapshot.

Last week I wrote about The Lion King, another entry in the Visual Effects category.  In that movie, the computerized effects used to generate 76 different species of animals were so precise that overlaying conversation, laughter, and other anthropomorphic behavior on them was too out-of-place – the CGI did not facilitate the movie, but got in the way of the story-telling.

That is certainly not true in Endgame – the visual effects are an integral part of the story.  Without them, the emotional impact would definitely not resonate.  The movie would be a shell without content.  $356 million buys a lot of computer time and, in Endgame, it is worth every minute.  There are more than 1700 people listed in the credits for Visual Effects – clearly this is a massive effort.

But that kind of money also buys you a cast of characters.  And it is a long one.  I’ve only seen five or six of the MCU’s 23 films, but it seems that all the major characters in all of those films were brought back for this one (and last year’s Avengers: Infinity Wars).  Cast members with prior Oscar nominations include Robert Downey Jr. (Iron Man), Mark Ruffalo (The Hulk), Scarlett Johansson (Black Widow), Jeremy Renner (Hawkeye), and Brie Larson (Captain Marvel).  They all have major roles in this movie along with younger, up-and-coming actors like Chris Evans (Captain America), Chris Hemsworth (Thor), Karen Gillan (Nebula), and Zoe Saldana (Gamora) – and a half-dozen more actors playing heroes from the previous MCU films – all coming together for this remarkable climax of a movie.

Which brings us to the story itself.  I’m not going to spoil this movie for the two people out there who haven’t seen this yet.  But I will suggest that even if you aren’t an MCU devotee, you can still get immense pleasure out of this movie with only seeing just a single one of the previous movies, 2018’s Avengers: Infinity Wars.  In many ways, this movie is part II of a story that finds its proper setup in this earlier film.  In fact, the ending of Infinity Wars left most people feeling totally unsatisfied – Infinity Wars is an emotional trap that demands that you see Endgame in order to even partially understand the storyline.  Like many other viewers, I left Infinity Wars with an unsatisfied feeling, as well as being mystified by all the references to characters and events in movies going back eleven years.

But, like most viewers of Endgame, I left this latest movie with a much clearer understanding of the story and, surprisingly, even the characters had more depth to them.  As you have to expect with a comic-book based movie, the themes underlying this movie are cosmic – they touch on philosophical questions like the purpose of life, our ecological balance with the universe, and difficult moral questions like whether it is right to sacrifice half of all living creatures to  ensure the happy survival of the other half.  It also – surprise – relies heavily on time travel to thoroughly shake-up the story’s timeline  while at the same time adding some intriguing character development (like when superheroes meet their own parents).

When the movie finally finished and the endless credits for visual effects started to roll, I felt much better than I did with last year’s movie.  While you really must see Infinity Wars before you see Endgame, you don’t really need to view any of the other twenty movies in the MCU in order to appreciate this one.  It is a magnificent, if somewhat pretentious and pompous, exercise in pushing imagination to the extreme.  While it isn’t for those who like their entertainment more earthly-based, there is ample satisfaction here for those who can fully suspend disbelief.  See both movies and enjoy the ride.

(4 stars for stunning visuals and a cosmic adventure.)