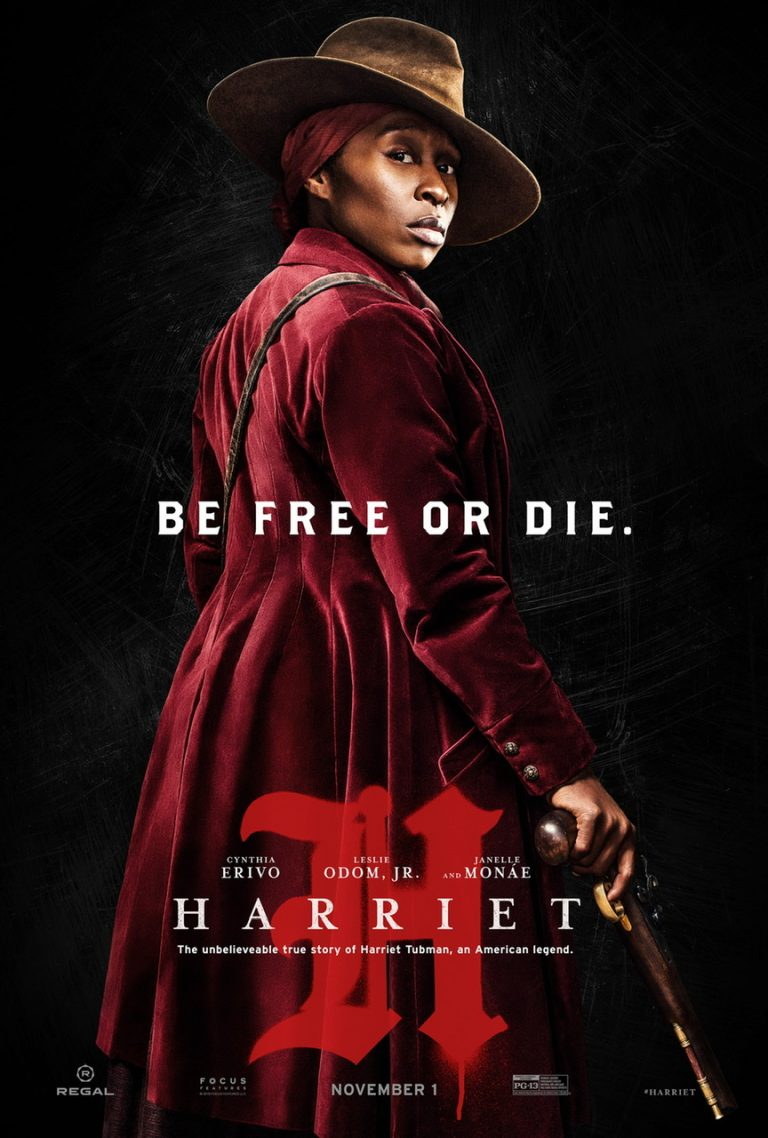 Harriet is a movie I really wanted to like.  It is the first and, so far, only movie about Harriet Tubman.  And Tubman is an unsung hero who, against the crushing tyranny of slavery, displayed courage and determination by ‘conducting’ more than a hundred slaves out of bondage along the Underground Railroad of pre-Civil War America.  It wasn’t until 2013 that President Barack Obama established not one, but two National Historical Parks memorializing her singular accomplishments.  (One is in Maryland and the other in central New York, the two endpoints of her amazing life story.)

So it is perhaps part of America’s growing awakening in regard to black history, and especially the history of black women, that Tubman’s life story finally made its way to the big screen.  So, yes, I was really looking forward to this movie.  Encouraged by the nomination of Cynthia Erivo for her portrayal of Tubman, I was hoping, and expecting, a standout movie experience.  Unfortunately, just because the movie received a major acting nomination, does not mean it was a big success.

I’m not the only one who had issues with the movie.  Out of our 38 Oscar-nominated movies this year, audiences ranked Harriet next to the bottom and critics rated it a little better at 28th.  So what happened?  Why did a movie with so much promise end up failing to deliver any major punches?

First let me talk about what worked.  The movie is beautifully filmed and the score is appropriately ethereal.  John Toll is the cinematographer and he was nominated in this category for The Thin Red Line and won the Oscar twice for Braveheart and Legends of the Fall.  Toll knows how to frame large landscapes and, in Harriet, tinges the film with shades of blue that adds to the oppressive feeling while reinforcing the spiritual scenes.  The musical score is from Terence Blanchard who was nominated for last year’s BlacKkKlansman which was, in my opinion, the best of last year’s original scores, most successfully capturing the feel of the movie.  Here, Blanchard uses single instruments, especially the piano, to accompany the action which is also usually based on individuals or scenes with small groups.  This is not a big movie but works on a more intimate level and Blanchard captures that feeling well.

As long as I’m talking about music, I should probably discuss the song “Stand Up” which was nominated for best Original Song.  This piece was not written by Blanchard, but rather by Ms. Erivo herself (along with Joshua Brian Campbell).  It is a good song that captures the positive spirit of the movie.  But the song doesn’t appear until the ending credits and I think a song works better when it is woven into the fabric of the movie.

I also enjoyed Cynthia Erivo’s performance.  For me, this was an introduction to her as I am unaware of any of her other performances.  I understand that she has already won Emmys, Grammys, and Tonys, but I don’t watch much TV, haven’t seen a Broadway play in decades, and am ignorant of much of contemporary music.  So I simply haven’t seen Ms. Erivo perform before.  Her performance as Harriet was balanced and convincing.  As ‘Minty’, the slave woman, she was stooped, held her gaze down, and demonstrated all the passivity a slave was expected to show.  But as Harriet, she held her five foot frame proudly tall and spoke with a powerful confidence that carried her actions believably forward.  Although I don’t think she deserved to win the Best Actress Oscar, she certainly earned the nomination and I suspect we might see her on the Oscar stage again.

But still, the movie failed to deliver as strongly as I wanted.  And for that I fault the director and writer, Kasi Lemmons and co-writer Gregory Allen Howard.  Neither of these two have extensive filmographies as writers or directors.  Lemmons is perhaps best known for an acting role in Silence of the Lambs and Howard’s biggest achievement seems to be the script for Remember the Titans, released twenty years ago.  With more seasoning, this team might produce some interesting films, but they aren’t there yet.

One example will show some of the problems without spoiling the movie.  There is a character in the movie called ‘Walter’.  When he first appears, we see him sketching other people.  That in itself is an anomaly.  If he is a Maryland slave, then he, most likely, wouldn’t be allowed to practice art.  And if he is a ‘freeman’, then how is he earning a living such that he has the time to do such a thing?  None of that is explained.  And it wouldn’t have been important in any real way, except that Walter becomes a significant side-player in the story, first as an antagonist to Harriet’s efforts.  And then, without much additional explanation, he completely changes and becomes one of her most important assistants.  This change is so dramatic that it requires a credible explanation, and we get only a cursory suggestion.  Indeed, Walter is a significant character that remains undeveloped, leaving a rather big hole in the viewers imagination.

That’s just one hole in the story among several.  In another case, they introduce a fictional character (Marie Buchanan, played by Janelle Monae), but, because Buchanan didn’t exist historically, her presence in the movie is out-of-place, and jolting.  (Additionally Ms. Monae frequently overpowers Ms. Erivo.)

In short, this movie has much to recommend it.  The music and the camera-work are gorgeous.  Cynthia Erivo is a potential big star with powerful emotional control.  And clearly, Tubman’s is a story worth hearing.  But this movie doesn’t deliver the powerful significance of that story.  What should have been a Big Bang is just a quiet whisper.  I give it 3 stars. 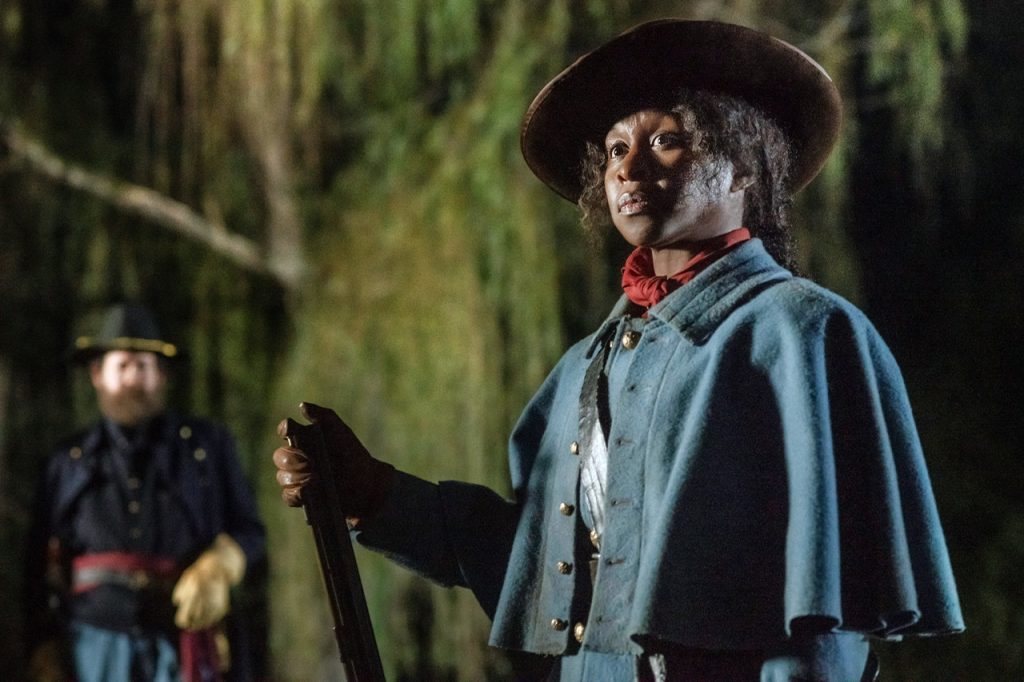