(3.5 Stars) Amazing Visual Effects, but the story, with 72 characters, is too big to wrap your mind around, unless you already know the comic book world well. 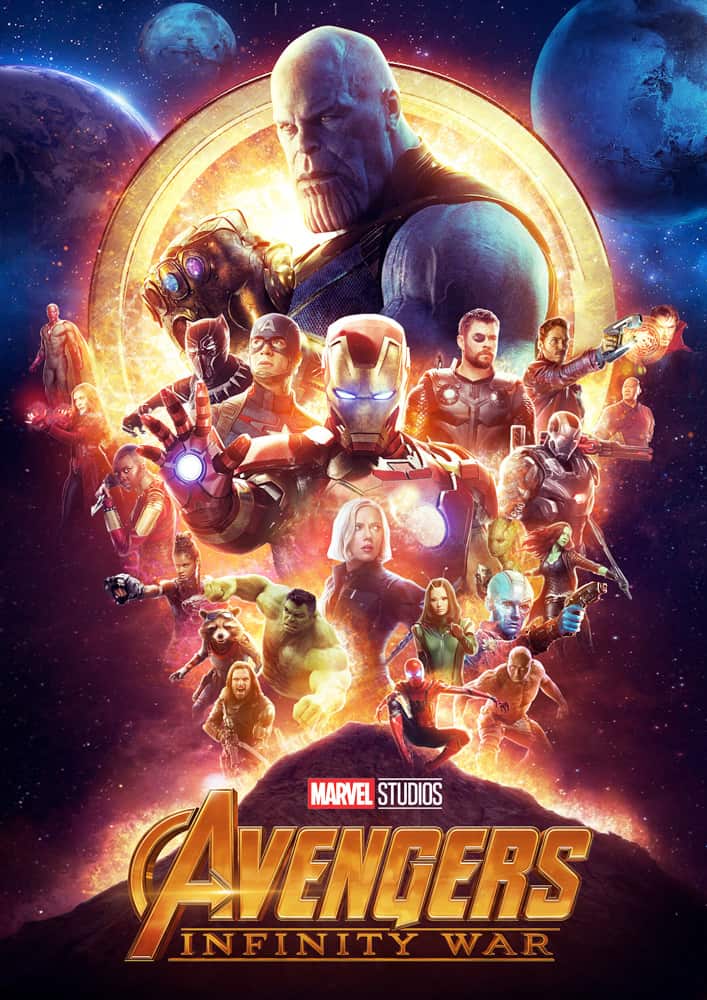 “HUGE” – That’s the most appropriate word to describe this movie. It is big by almost any measure. It is the second-most expensive movie ever made with an estimated budget of around $321 million. Gross revenues worldwide are, as of this writing, more than $2.05 BILLION placing it in the top four of the highest earning movies ever (and it was released less than two years ago.)

There are 76 characters in the movie with speaking roles and they represent nearly all of the characters from the last ten years of movies (18 of them) generated from the creative minds of the Marvel Comics Universe (MCU) and Disney Studios. The plot line involves nothing less than the survival of the universe and the superheroes must unite in ways they have never imagined, and in combinations never before seen on screen, in order to thwart Thanos’s perfectly reasonable plan to save the universe by destroying half of it. In their attempt, 36 of them die!

And if the plot itself isn’t big enough, then the technical job of making this movie is even bigger. There are more than 3600 film sequences and more than 3000 of them are computer generated. The CGI in this movie is simply overwhelming. In the credits for visual effects, more than 2300 names are listed. The four key people (Dan Deleeuw, Kelly Port, Russell Earl, and Daniel Sudick) have together received a dozen Oscar nominations in the Visual Effects category (mostly for other films in the MCU filmography). Interestingly, none of them have ever won the award. But it can’t be denied that their accomplishment here is immense. On the sheer basis of technical accomplishment, this movie should have won the Oscar.

And yet it didn’t. Although it was rated by viewers at 8.5, placing it third in my list of 37 Oscar-nominated movies, the Metacritic score was just 68, placing it in the bottom quarter. Mary Ann Johansson (the Flick Filosopher) wrote “It’s almost too much to take in, yet somehow not enough at the same time.” Kim Newman (Sight & Sound) wrote “Its vistas are almost as impressive as its vaulting ambition” and its “…sheer vastness makes for page- or screen-filling spectacle that’s simultaneously amazing and uninvolving.” And James Berardinelli (ReelViews) said “To summarize the plot would be an exercise in futility. There are too many characters and too much going on.”

The critics have a point – maybe this movie is just a bit TOO big. Yes, there are moments of emotion, like when Thanos must make a decision between his ambition for power and his own family, but they are fleeting and unconnected to the next scene. Yes, there are the usual moments of levity, especially with the Guardian characters. But the laughter and the emotions don’t last long and, in the end, are simply punctuation marks in long paragraphs of overactive adverbs and superlative adjectives outlining the relentless action.

The problem boils down to the underlying reality that the audience is likely to divide into two main groups – those who are comic book afficionados and have likely seen most, if not all, of the 18 previous movies that constitute the MCU. And those who, for whatever reasons, aren’t. 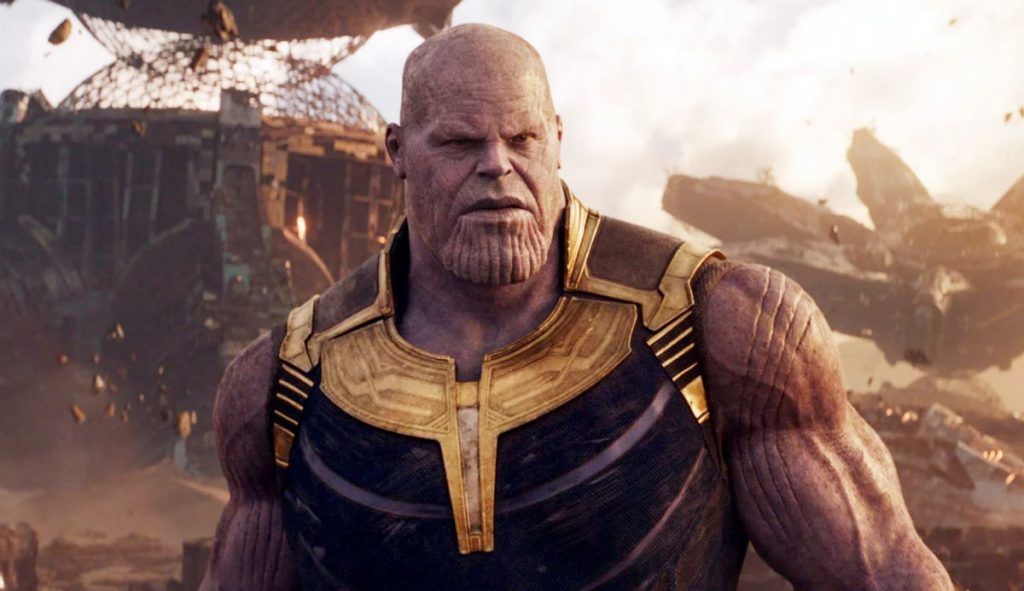 The former group knows all these characters, has watched them in various sub-plots and intrigues, and gets all the in-jokes and Easter-egg-references planted everywhere in this movie. For them, “The MCU has been one big interconnected story: sprawling, yet also economical, with the chapters and multi movie threads standing pretty much on their own while also sending tendrils out to take root in others”, as Mary Ann Johansson summarized. Or as Louise Keller put it this “.. film is an extravagant mash-up – a dense tapestry into whose digital fabric our Marvel superhero favourites are woven. It’s a frenzy of fun and action.” (She goes on to note that the 18 MCU films have now grossed a total of more than $13 BILLION!)

But, if you are in the latter group (the group that can’t name a dozen characters in the MCU right off the top of their heads), then this overwhelming assault on the senses becomes almost a nightmare. A. O. Scott (The New York Times) complains “Above all, the Disney-Marvel combination is a giant machine that manufactures maximum consent. The cosmos is theirs. The rest of us just live in it” and “…the money seems less like an imaginative tool than a substitute for genuine imagination.” After nearly three hours of intense cinema, you leave the movie a little uncertain about what just happened, and a feeling that maybe most of this just went right over your head.

Recently Martin Scorsese wrote a blistering attack on movies exactly like this one, saying, basically, that this kind of movie making was reducing cinema to the telling of simple tales, mostly through visual effects. The complexity of the story is not in the dimensions of character that movies have traditionally tried to portray, but rather by throwing everything you can possibly find up against a wall and seeing what sticks.

I’m not sure I find nothing redeeming in Infinity Wars. But I would agree that if you aren’t exactly an active member of the MCU club, this movie will simply be too much. There is, indeed, such a thing as TOO BIG. And this is an example of that. I enjoyed the thrill of the visual and auditory stimulation, but the next day I had to ask myself, ‘just what did I get from this.’ It’s sort of like an amusement park ride on the tallest and meanest roller coaster. What a thrill – now what? For that ride, I give it 3.5 stars. So, if you like comic book action heroes, then by all means see this movie (OK, you’ve probably already seen it.). But if you aren’t one of those folks then see it for the visual effects, but don’t feel too bad if you don’t ‘get it’ – there’s not a whole lot ‘to get’!

(What I haven’t mentioned, although most readers probably already know – this is just Part I of the story. The REALLY BIG MOVIE came out in April of this year: Avenger’s: Endgame. It cost more to make than this one and has already become the highest earning film of all time (in just eight months). I have no doubt it will be on next year’s list so we get to see how they resolve all the unsatisfying feelings they left us with in this movie.)

PrevReady Player One
Incredibles 2Next