(2 Stars) An outdated sequel that tries too hard to be relevant. Might be good for families with young children. 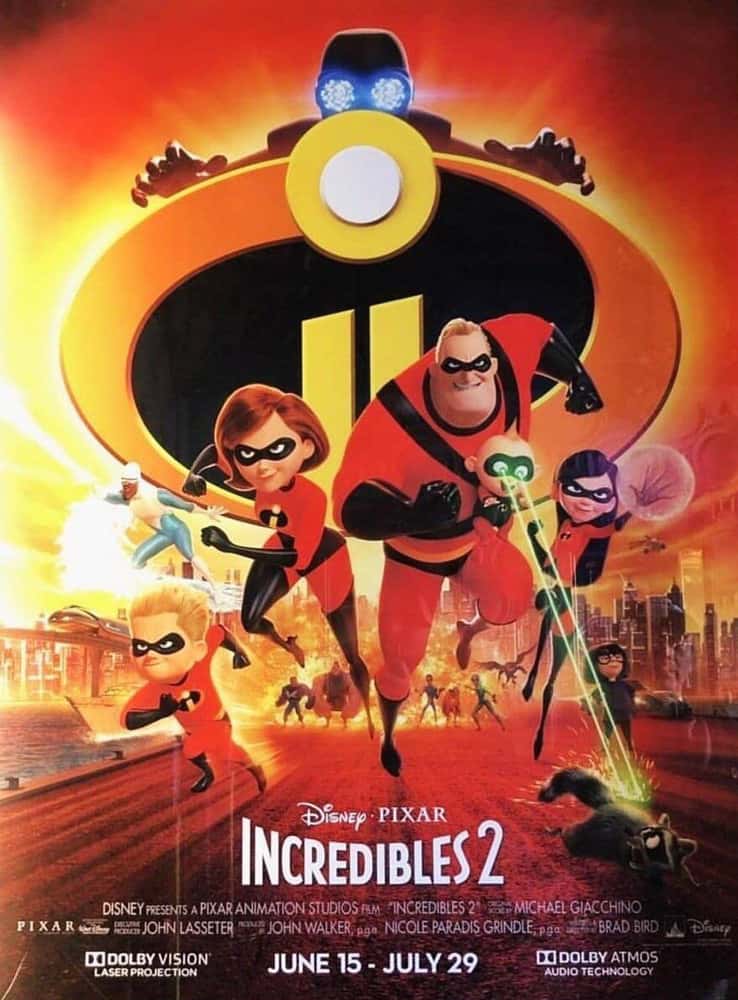 It is amazing how much difference fourteen years makes. That’s the timespan between the original The Incredibles movie and the sequel that came out last year, Incredibles 2. I don’t remember when I saw the first one, but I do remember thinking it was an interesting take on the superhero phenomena, had a cute storyline, and, generally, was a very good animated feature film. But so much has changed in fourteen years. Now, viewing a sequel that demonstrates Pixar/Disney state-of-the-art animation technology, I look at the movie with glazed eyes and wonder, out loud, ‘so what?’

What has changed, of course, is that in the intervening time period, the Marvel Comic Universe (MCU) of some 18 different super-hero movies have saturated our movie-going experience, and our conversations, with intimate knowledge of every-kind of superhero. The original The Incredibles, offered a family of super-heroes so misunderstood that they were cast out from society and made illegal. But the X-Men series did exactly that in hundred-million dollar movies many times over. Spider-man was a teenager with many of the same angsts as Dash in the Parr family. True, the Incredibles have Jack-Jack, the baby with some 17 super-powers that no-one, including the baby, understand quite yet. But I’m not sure any of those powers we saw in this movie are anything we haven’t already seen in the comic book movies of the last decade. And yes, the animation in this movie is technically amazing (the movie’s budget was approximately $200 million), but it is one thing to see these things happen with cartoon characters, and something else to see the same kind of effects coupled with live-action (as in the Avengers movies.)

As an animated feature, I think the movie may have as its primary intended audience, the younger children who are just approaching movie-going age. The full-on action superhero movies (like the MCU) are way too intense for this group so, in many respects, the Incredible movies might be considered as prepping an audience for the bigger, more intense, experience to come – a training ground. In that sense, this movie may play a role.

There is also the ‘family’ aspect of this movie. It is a movie not just intended for family viewing, but is actually about a ‘family’. In that regard, part of the fun of both of these movies is the dynamic between Mom, Dad, and kids (including a teenage daughter) that many families will be able to relate to. (There is the constant truism that in most families, everyone is a superhero just by getting through the difficult days.) The sequel movie is especially relevant in that its plot line includes a critical role-reversal, where Elastigirl (the Mom) is the one doing all the super-hero stuff and Mr. Incredible is stuck at home tending to boyfriends, homework, and a baby getting into mischief. All of these ‘normal’ life activities are made all the more interesting when the family possesses ‘super-powers’. I suspect that this movie resonates with many families with children these days as the traditional role models are being replaced with new definitions of what a Mom is and does, and what a Dad is and does (and being either in today’s world requires superpowers!). Incredibles 2 gets huge points for driving home the message that family roles are changing.

Audiences ranked this movie in the top third of the 37 Oscar nominated movies and critics put it just about in the middle. I think I get that it will have a strong and deserved appeal for families with younger kids – I get that it works well for that audience. But if you’re as old and as jaded as I am, I suspect that this movie won’t even make it to your queue. Don’t worry, it shouldn’t! (Since I have to rate it as if I am in the audience, I give it just 2 stars. I would, though, take my granddaughter to see it!)