(4 Stars) A visually and aurally stunning action movie with a tightly constructed plot line that you can actually follow. 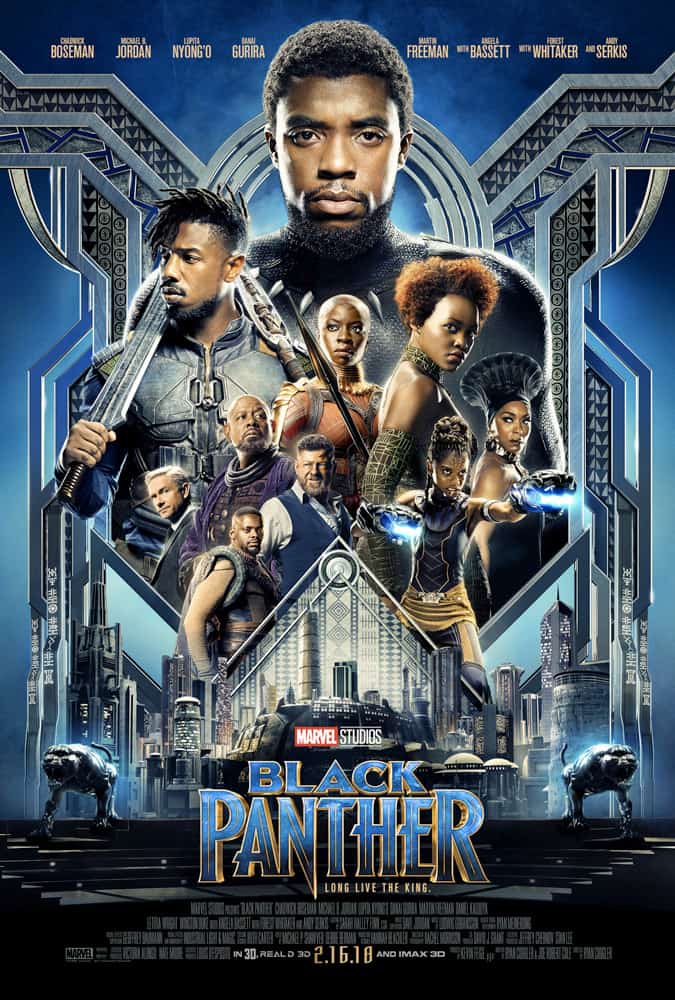 Black Panther received seven Oscar nominations, ranking it fifth out of all the nominated movies. One of those nominations was for Best Picture. However, it is the only one of the eight Best Picture nominees that didn’t receive a single nomination ‘above the line’. These categories, which include Acting, Writing, and Directing, are the categories that, to me, define whether the movie has a strong and engaging story line. For this movie, all of its nominations (except Best Picture, are in the technical, supporting arts and sciences, like sets, costumes, music, and sound. Nominations ‘below-the-line’ tend to indicate that movie might be a visual or aural spectacle and very pleasing to the senses, but not necessarily with an engaging story line.

And, what do you know, that pretty well summarizes this movie. This is a ‘comic book action movie’ which isn’t going to appeal to just everyone. Some will not appreciate its violence – there are multiple battles, although with minimal blood and gore. Other viewers will find the hero story-line a little simplistic – it follows the standard comic book formula of first showing how wonderful the hero is, and how special his/her powers. Then they meet a villain who also has super-powers and manages, initially, to get the better of the hero. Finally, in the third act, the hero, with the help of all of his wonderful friends, manages to turn the tide and become, again, the hero. This formula has been repeated multiple times, but, hey, it works so well that movie makers earn millions repeating it. 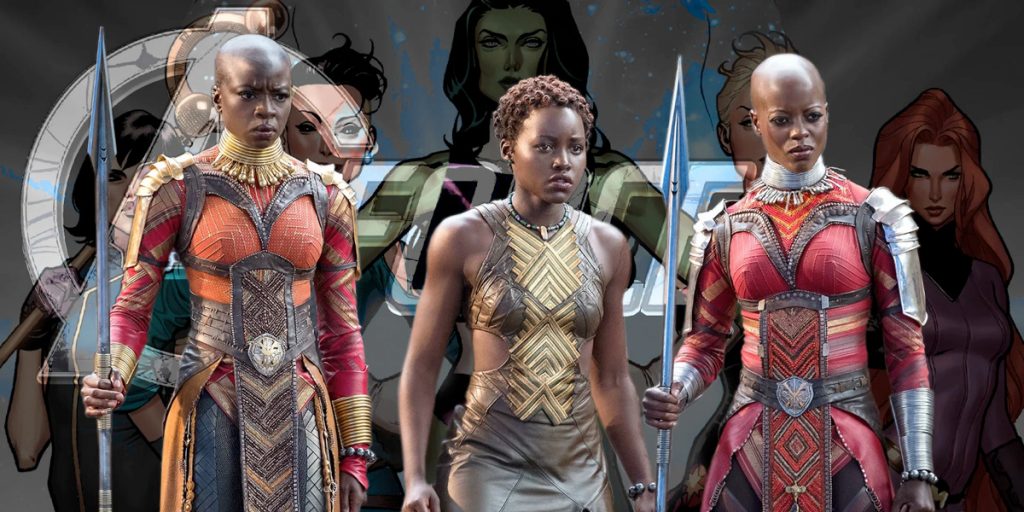 In the case of Black Panther, make that ‘Billions’! As of this writing, this movie has grossed $1.3 Billion in ticket sales worldwide, placing it number 7 in the all time list of movie money-makers. (And it is likely to rise). It is a blockbuster of a movie.

And for good reason. This is a spectacle on a grand scale. Although outdoor scenes were filmed in Argentina, (not Africa), they are intense and stunningly gorgeous. And while the computer generated graphic scenes are certainly fun, this movie is not about CGI, and, in fact, wasn’t nominated for visual effects. Instead the compelling imagery is created by the imaginative and insightful sets, costumes, hair-styling and makeup. In otherwords, it was made a spectacle not by computers, but by the wizardry of traditional movie-making craftsmen/women. The movie is set in the fictional land of Wakanda which has managed – largely because of the technology it has extracted from the mineral Vibranium – to achieve a level of sophistication far in advance of the rest of the world, while maintaining its isolation and secrecy.

The nation of Wakanda is made up of multiple tribes, each with a variation in its colors, styles, and mindsets. By using richly detailed sets, art, costumes, makeup, and hairstyles, the movie crafts acknowledge and accentuate those rich differences creating a complex, interesting, and beautiful culture. Although it didn’t receive a nomination in Makeup, I suspect it might win the categories of Costumes and Production Design because of how well it pays attention to detail, and how well that detail accentuates the story.

If you don’t see it there, you certainly hear it in the soundtrack. Ludwig Goransson manages to match different characters with different instruments. And he also visited Africa to try and understand native music in such a way that he could create a modern soundtrack that faithfully recreated African rhythms. He, too, has a good chance of winning an Oscar. (Sound Editing and Mixing Oscars usually go to war movies, however we don’t have one this year, so this movie is certainly a contender in those categories as well.)

Part of the success of this movie, and a characteristic that can’t be ignored, is that this really is a ‘Black’ movie. As has been pointed out many times, this is the first major action movie with an almost entirely black cast and crew. But it is also much more than that. It is a celebration of the power and beauty of African, black, culture. It can serve as inspiration for young blacks of both sexes and a source of empowerment for minority, and women, all around the world. Indeed, the global ticket sales suggest it is succeeding in that regard. Although the final scenes, at the United Nations, are a little hokey and contrived, the notion that black culture has much to offer the rest of the world is not.

Black Panther is a spectacular movie and it should be on everyone’s must see list. It isn’t Best Picture caliber, but it is certainly worth 4 stars.