(3.5 Stars). A pleasant diversion with exceptional actresses, but a less than stellar writer and director. 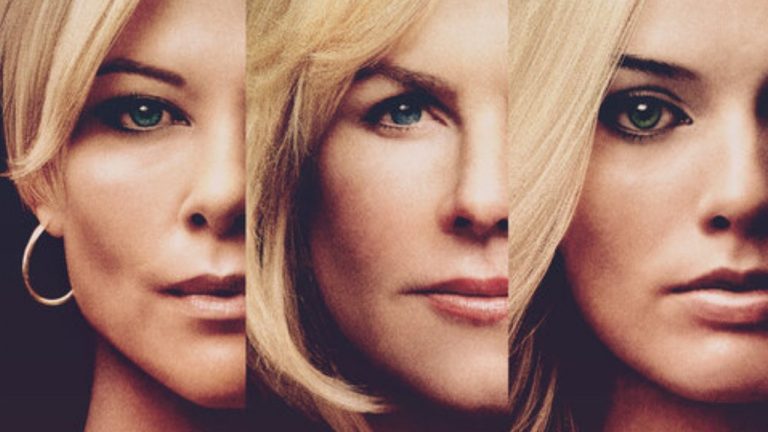 After recent events from around the world, the movie Bombshell almost seems like fluff – an entertaining diversion which, at its best, distracts the viewer for a couple of hours from the horrendous events going on around us.  And, of course, that’s nuts – sexual harassment at Fox News or, for that matter, anywhere, at any other time, deserves serious consideration and an action-oriented response.  And yet, sitting here trying to write a review, I find myself struggling to come up with thoughts that somehow relate this film to broader current events.  Maybe now people need to watch movies with uplifting messages, regardless of their intrinsic worthiness as works of cinematic art.

Bombshell will indeed provide some temporary relief.  As you might expect from a movie about Fox News, the women are stunningly beautiful.  I mean what else can you expect when you start with actresses like Nicole Kidman, Margot Robbie, and Charlize Theron – three women who set a very high bar for feminine beauty.  And, of course, all three of them, and most of the other women in the movie, are blondes.  Then clothe them in tight-fitting dresses with high hemlines to reflect the unofficial, but really ‘required’ dress code for women at Fox.  (Megyn Kelly says of Ailes “Early on he realized for a network to stay on 24 hours a day you need something to hold an audience.  That something is legs.  There’s a reason for clear desks.”) Finally, pile on the makeup to make them like painted dolls. The result is a group of women that simply epitomize the word ‘Bombshell’.

The movie won the Oscar for Makeup and Hairstyling and clearly, the artful application of mascara is just one of the reasons.  Perhaps more importantly is the incredible prosthetics applied to Charlize Theron to make her the spitting image of Megyn Kelly, the central character in this drama.  The movie makes use of some original footage from Ms. Kelly’s TV show and, especially, the 2016 Presidential debate where Kelly, single-handedly, took on Donald Trump’s misogyny.  The transitions between the real Megyn and the Theron character are, in fact difficult to discern.  The makeup artists who won the Oscar have previous experience on movies like The Darkest Hour, Planet of the Apes, the Curious Case of Benjamin Button, and the two recent Avengers movies.

But the successful impersonation isn’t just the result of excellent prosthetic makeup.  Theron scores a bulls-eye once again, as she fully nails the Kelly persona.  She walks and talks just like Megyn Kelly.  I found myself genuinely, and pleasantly, surprised at how much Theron’s character seemed like the real person.  Theron was nominated for her performance in this movie and she won the Oscar previously for her transformative role in Monster (2003).  Her performance here is nearly as good – as Manohla Dhargis (New York Times) wrote, Theron “…never begs for an audience’s love…She’s a fortress of one.”

I love Charlize Theron, for all kinds of reasons.  But, in Bombshell, I think she was upstaged by Margot Robbie, a younger actress who, although also a ‘bombshell’, hasn’t always impressed me.  She has previously appeared in The Wolf of Wall Street where she explains financial derivatives directly to the audience while submerged in a bubble bath.  She was also nominated for playing the title role in I, Tonya, a movie about the ice skater Tonya Harding.  In that movie I thought she was miscast simply because she is too good-looking to play a character who had important self-image issues.

But she is nearly perfect in Bombshell and definitely deserved the Supporting Actress nomination.  She plays Kayla Pospisil, perhaps the only fictional character in Bombshell.   She is a relatively new and ambitious woman seeking to climb the ladder at Fox News.  In the early scenes, she shows smarts but also a definite naïveté.  Finally, she works her way in to see the man himself, Roger Ailes (played superbly by John Lithgow).  In one of the most important scenes in the movie, the powerful Ailes verbally forces Kayla to raise her skirt, higher and higher until (well, see the movie).  Robbie says little during this scene but the discomfort and insult that rolls, like a tsunami, out of her characters’ facial and body expressions is one of the high-points of the movie, and a credit to Robbie’s acting talents.

I can’t leave the discussion of actresses without mentioning the third woman,  Nicole Kidman, who plays Gretchen Carlson, the woman who finally has the guts to sue Ailes, beginning his downfall.  (Kidman has several Oscar nominations on her record including a win for The Hours (2002)).  Although Carlson’s lawsuit is the vehicle that brings Ailes down, she is not the central character in this movie – Megyn Kelly is.  As a result, Kidman’s performance is definitely more in the background here.  All three women rarely appear together, but look carefully at the scene where they are all in the elevator at the same time.  No dialog, but volumes of storytelling.

When all is said and done, though, this is not a five star movie. Sure, the women are fun to watch and seeing Roger Ailes and Rupert Murdoch squirm in the early blossoming of the MeToo movement is delightfully satisfying. But good actresses can only go so far with the material they are given.  I think the failings fall with the script and the direction.  The script was written by Charles Randolph who won the Adapted Screenplay Oscar for The Big Short (2015).  He employs a lot of the same techniques here, including the brusque pacing and the violation of the fourth wall (I.e. direct conversation with the camera.). Unfortunately, I don’t get the same feeling of deliberation and craft in the lines.  It’s as though the script was rushed and lacking in sufficient revisions.

I also have mixed feelings about the director, Jay Roach.  Although I enjoyed the tight feeling generated by his film Trumbo, he is also responsible for a lot of the Austin Powers movies as well as Meet the Fockers (2004).  In other words, his main accomplishments are in the absurdist comedy world, and that is not my favorite kind of movie.  Sometimes the comic sense of timing translates to good drama (Melissa McCarthy in Can You Ever Forgive Me), sometimes it misses.  Despite the powerful acting of the three top women and their supporting men, Roach demonstrates a  heavy-handed approach here layering on messages that sort of become painfully obvious.  Maybe he is seeing some of this stuff through a comedy-lens, when in fact, it is all pretty disgusting.

So, in the end, this is a movie that will distract you a bit, and lord knows, we could all use that right now.  But you aren’t going to learn a whole lot.  There’s some good acting and the Bombshells are everywhere.  But this movie won’t make any of the problems go away.  (3.5 stars) 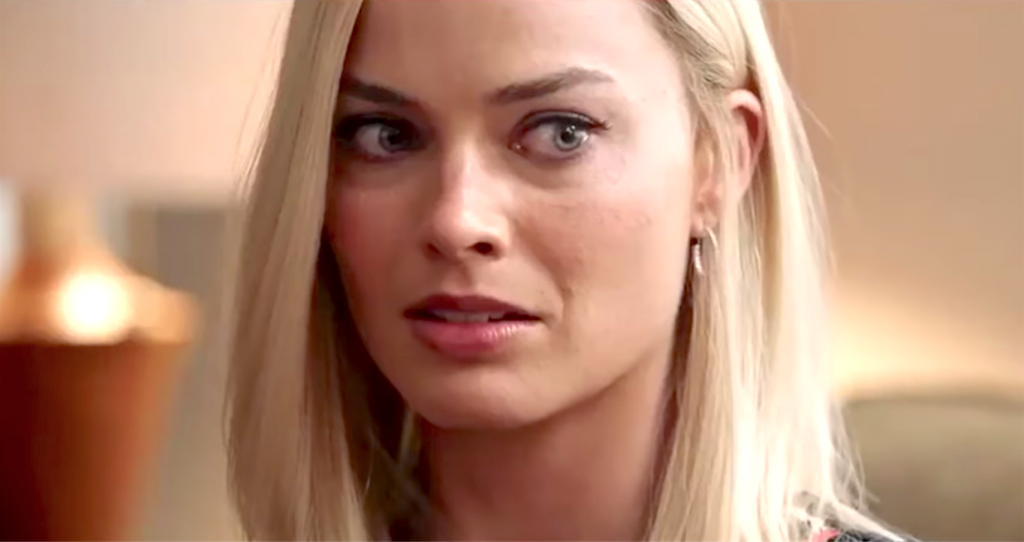