Can You Ever Forgive Me?

(4 Stars) This surprising little gem will leave a mark on your heart. 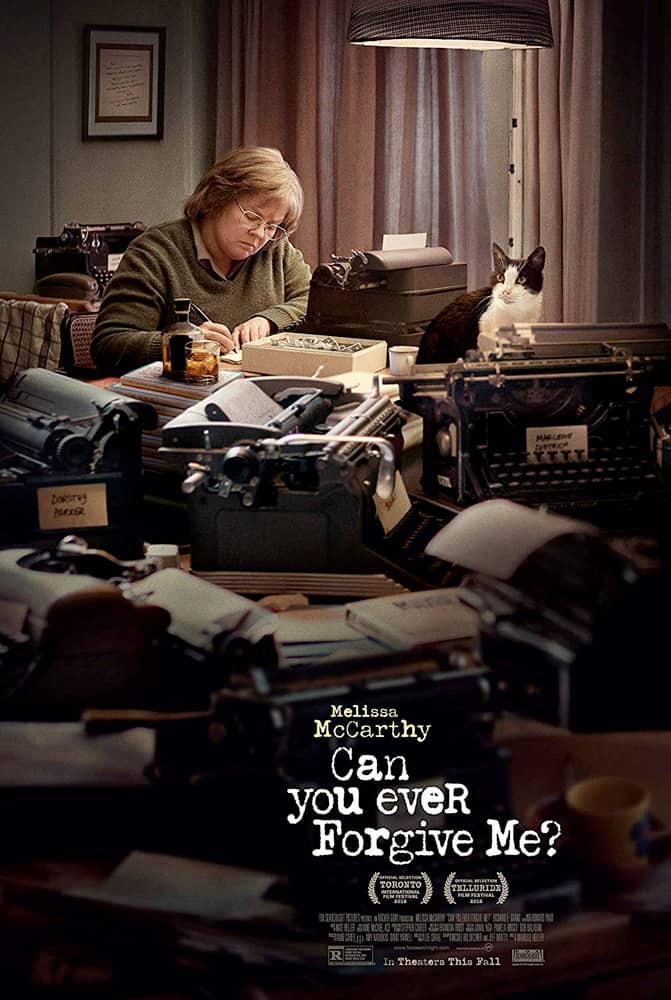 I’ve been watching all the Oscar-nominated movies, and usually reviewing them, for several years now. One of my observations from this experience is that frequently the movies that are nominated, but don’t win, are the real gems. It seems that the skills required to make a really good movie and the skills it takes to win an Oscar campaign, are not the same. Such is the case with this little movie. Receiving three above-the-line nominations, it didn’t win any of them. But despite that, this is a terrific and emotionally-balanced movie that will win hearts, if not votes.

I was prepared to go either way with this film. With three above-the-line nominations, I was expecting it to have a tightly written script that was well acted. I wasn’t certain, however, about Melissa McCarthy as the lead actress. My experience with her is, more-or-less, limited to the sophomoric behavior full of drunken escapades from The Bridesmaids and her comic appearances on Saturday Night Live. I can, pleasantly surprised, report that, in her first dramatic role, she demonstrates an uncanny ability to find the tragic side of situations that can be seen as slightly off-center. This was an important step for McCarthy and shows a dynamic range in her acting abilities that will likely be harnessed in other future roles. She is able to display her wonderful sense of timing, not to crack some joke, but to deliver an emotion-laden comment at exactly the right moment. The academy doesn’t reward comedies, or comics, with Oscars very much, but I would expect McCarthy will be back to claim a well-deserved trophy.

Much of her performance is boosted by the work of her supporting actor, Richard Grant. He, also, has never been nominated before and the only role I recognize him from is Gosford Park, almost two decades ago. His performance here, however, is near perfect as the only male friend (Jack Hock) for McCarthy’s lonely character. Jack, as portrayed by Grant, is a somewhat pathetic character who is still able to display wit and even a certain amount of old-world (i.e. British) charm. He didn’t win the Oscar either, but it wasn’t because of a bad performance. 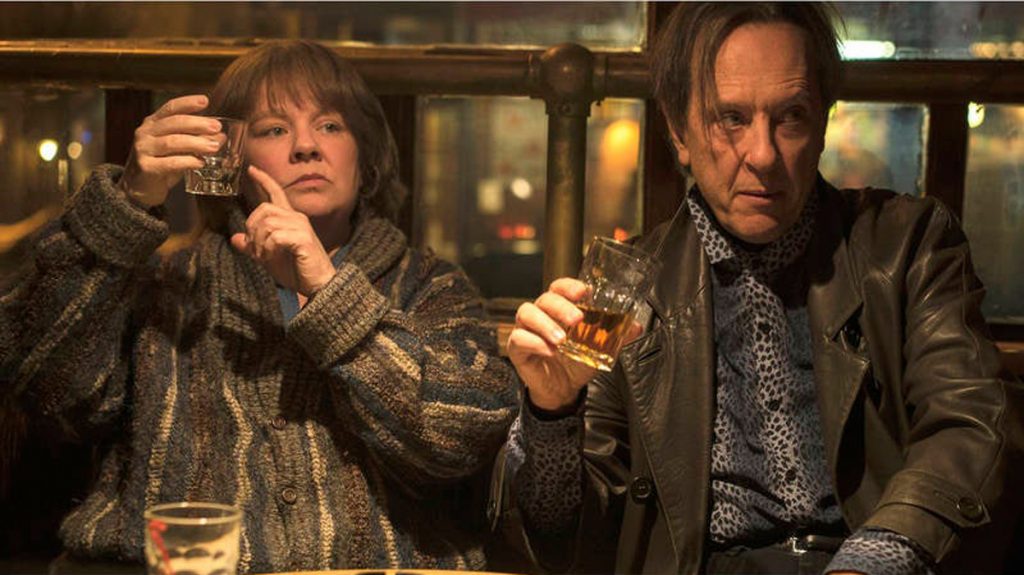 Nicole Holofcener and Jeff Whitty wrote the screenplay, based on the memoir of Lee Israel, McCarthy’s character. Their adapted screenplay is tight and includes memorable lines that eloquently define both the miserableness and the pathos of the two main characters. This is the first writing nomination for either of them (and Holofcener is more known for her television scripts) but together their script insightfully captures the loneliness that Israel suffers and the sympathies that Jack deserves. There is a particularly deep expression in the ‘speech’ that Israel (McCarthy) delivers to the judge explaining her behaviors and her current mind set. It is a penetrating justification for criminal acts that derive fundamentally from a complete inability to find partnership, even in New York, a city of 8 million people.

The movie takes place, and is filmed, in New York and takes us back to a time when bookstores were still thriving and gay bars were maybe tolerated more than accepted. And it is a time when a failing writer inadvertently discovers a more lucrative way to make money from her words than writing celebrity biographies. I enjoyed the references to New York and the dilemmas of professional writers. But the story goes well beyond the setting. While we never really like Lee Israel, because she is so cold and socially clueless, we can’t help but sympathize with her, and her sometime-friend Jack, as they cruise through life struggling to survive all while navigating from one lonely situation to the next.

They say there is a very fine line between comedy and tragedy. Perhaps the reason this movie succeeds so well (and McCarthy is so good in this role) is because it dances back and forth across that line so effortlessly that the viewer can’t help but see only small differences between laughing and crying.

This isn’t a perfect movie and it certainly doesn’t saturate your senses with memorable experiences. But this little gem will leave a mark on your heart. For that I give it 4 stars.