If Beale Street Could Talk

(4.5 Stars) A wonderful romance with terrific music. Another one of the better movies this year. 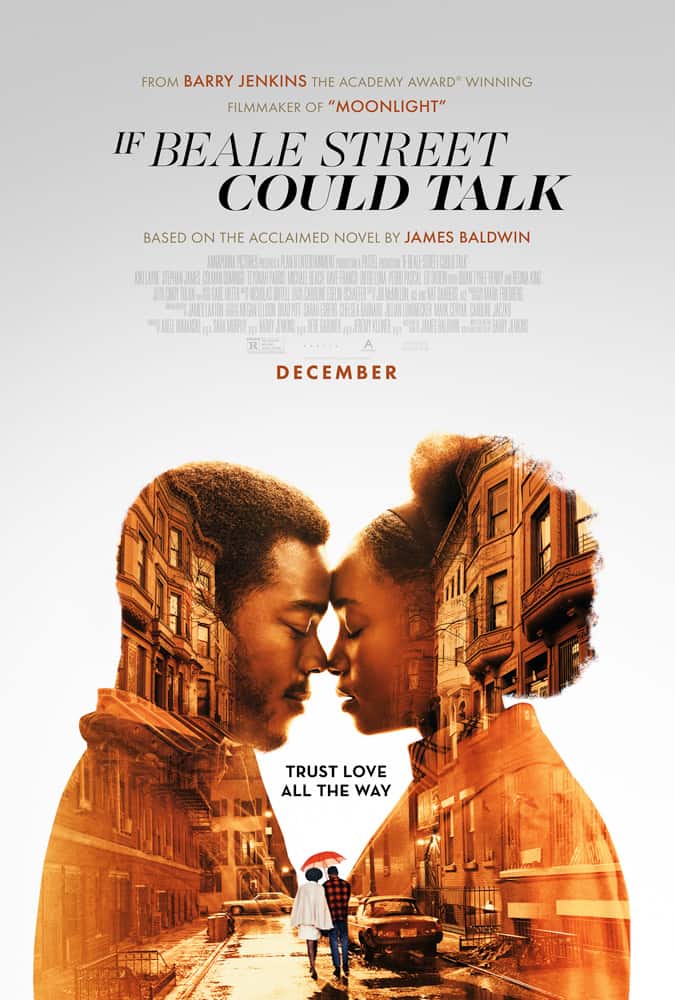 If Beale Street Could Talk is almost two entirely different movies somehow melded together into a seamless and nearly perfect whole. One story is the romance between two beautiful young people who, after being childhood friends most of their lives, discover that they mean so much more. Their story is touching and, when they are together – making love, or just navigating life – there is a radiance and almost transcendent feeling.

The other movie is much cruder and uglier. You see, Tish and Fonny are blacks growing up in New York. When interacting with the bigger world, it isn’t possible to ignore their race – it literally colors in their boundaries and establishes an oppression that is withering in its persistence and staggering in its weight.

This movie combines these two storylines in amazing ways. We bounce back and forth between the beauty and goodness of their love for each other to the disgust and anger we feel towards the oppressive world that surrounds them. I think the contrast is possibly more pronounced for some of us whites when we realize that this is the world that we have imposed on them.

Kiki Layne, a young actress whom I haven’t seen before plays Tish, and Stephan James (who was Jesse Owens in Race and John Lewis in Selma) plays Fonny, the two young lovers at the center of this movie. When they are together and alone, there is an intensity of feeling that seems boundless in good possibilities. But in the presence of others, especially the larger white world, the goodness gets shattered. Fonny is framed by an evil white cop and a complicit, white justice system puts him in jail. The movie raises the same opposing sets of emotions that I felt watching Moonlight two years ago.

If you liked Moonlight – the Best Picture Winner in 2017 – you are going to love If Beale Street Could Talk. Pretty much the same team that gave us the earlier movie has been reassembled to craft this picture and the heritage is strikingly clear. The Makeup and Costume Design are from the same people and both movies portray the time and place perfectly (in this case, New York City, specifically Harlem, in the 1970s). But both movies also share the same distinctive styles in cinematography and editing, largely because they use the same people. Both films employ time-shifting, bouncing between two different story-lines. And both movies employ subdued lighting and lots of nighttime imagery. They also include a technique I don’t remember seeing before where the character speaks directly to the camera, which then angles away to reveal that the camera was occupying the spot of another character.

Nicholas Britell wrote the original score for this movie, as he did for Moonlight (and Vice and The Big Short). His rich use of strings and especially the underlying cello vibrato that is used repeatedly, reinforces the pathos and sadness that permeates the movie. He received a much-deserved nomination for his work here, as well as for Moonlight. He hasn’t won an Oscar yet, but he is young, prolific, and good, so just give him time. 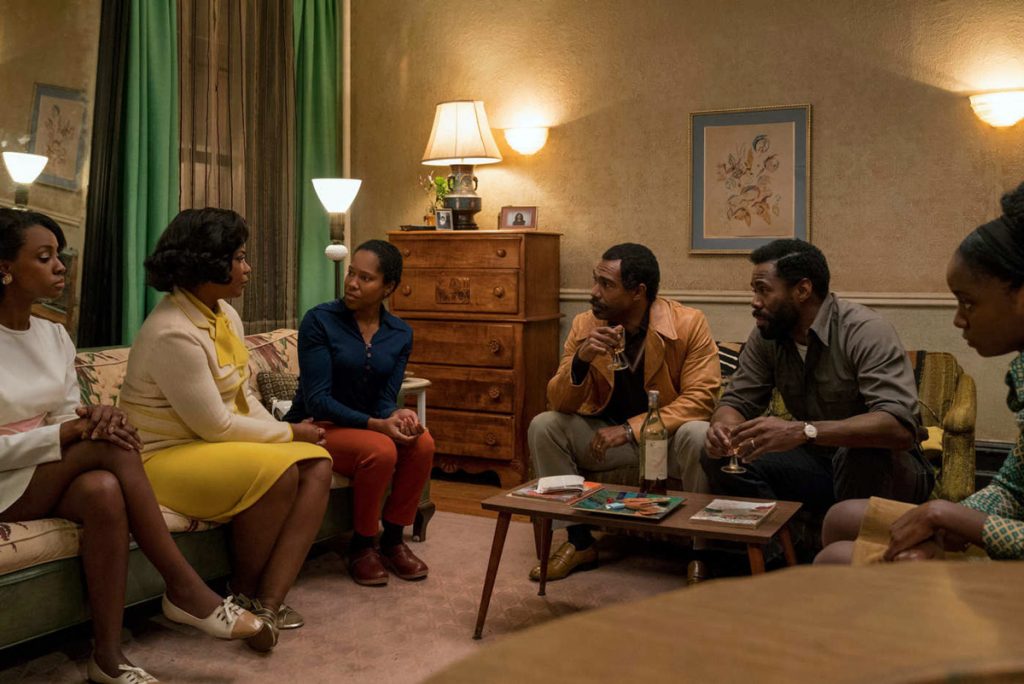 Regina King did win an Oscar for her performance as Tish’s mother, Sharon. Her turn expressed focused love for her daughters and a warmth that was, well, so ‘motherly’. At the same time she could be fiercely protective, especially as Tish reveals a very life-changing event. Supporting actors do not monopolize the screen – that’s why they are ‘supporting’. But their function is to serve as a foil against which the main characters can react and gain emotional support. Ms. King does that perfectly, not just with Tish, but again in Puerto Rico where she tries to bring home the truth desperately needed to salvage her daughter’s happiness.

Perhaps, though, the main creative force shared between the two movies is Barry Jenkins who was nominated for directing and writing Moonlight. He also directed Beale Street and wrote the screenplay based on the 1974 novel of the same name by James Baldwin. (Jenkins won the writing Oscar two years ago). I don’t know how closely Jenkins holds to Baldwin’s source, but I suspect it is pretty close – he certainly quotes the text several times. Regardless, though, the subtle writing style is remarkably effective. He is able to pull off two entirely different sets of emotions entertained by the two storylines. Although many scenes are long and drawn out, I never found them tedious, but waited anxiously for how they would tie back into the other story.

There is a subtle religious theme that runs through this movie. Early on, in an emotional gathering between the two families, we learn that Fonny’s mother (and his two sisters) are, basically, Holy Rollers, and, as might be expected, rather than show genuine feeling for the implications of Fonny and Tish’s love, are instead harshly judgmental and vindictive. Interestingly, the first song on Britell’s soundtrack is titled ‘Eden’. There are other songs with titles that suggest a bigger way of looking at the contrasting themes of this movie. The pureness of their love might well be a reflection of Adam and Eve. There is, of course, the biting of the apple and the result of being outcast into the world. In the movie, this is reflected in the bitter results of living in a racist society.

Perhaps, like Fonny’s mother, some people can justify the evil of a racist social system as the penalty for some sort of ‘original sin’. But I can’t go there. The beauty of Tish and Fonny’s relationship does not need to morph to the form we see it in. That is the result of accepting evil and not reacting against it.

If this movie does not make you alternate between intense feelings of joy and anger, I will be surprised. Although I have given out way too many stars already this year, I can’t help but give If Beale Street Could Talk 4.5 stars. Should be on your must see list for this year.

PrevCan You Ever Forgive Me?
The FavouriteNext