(3 Stars) Although laced with fun and titillating moments throughout, the movie doesn’t deliver a totally coherent message. 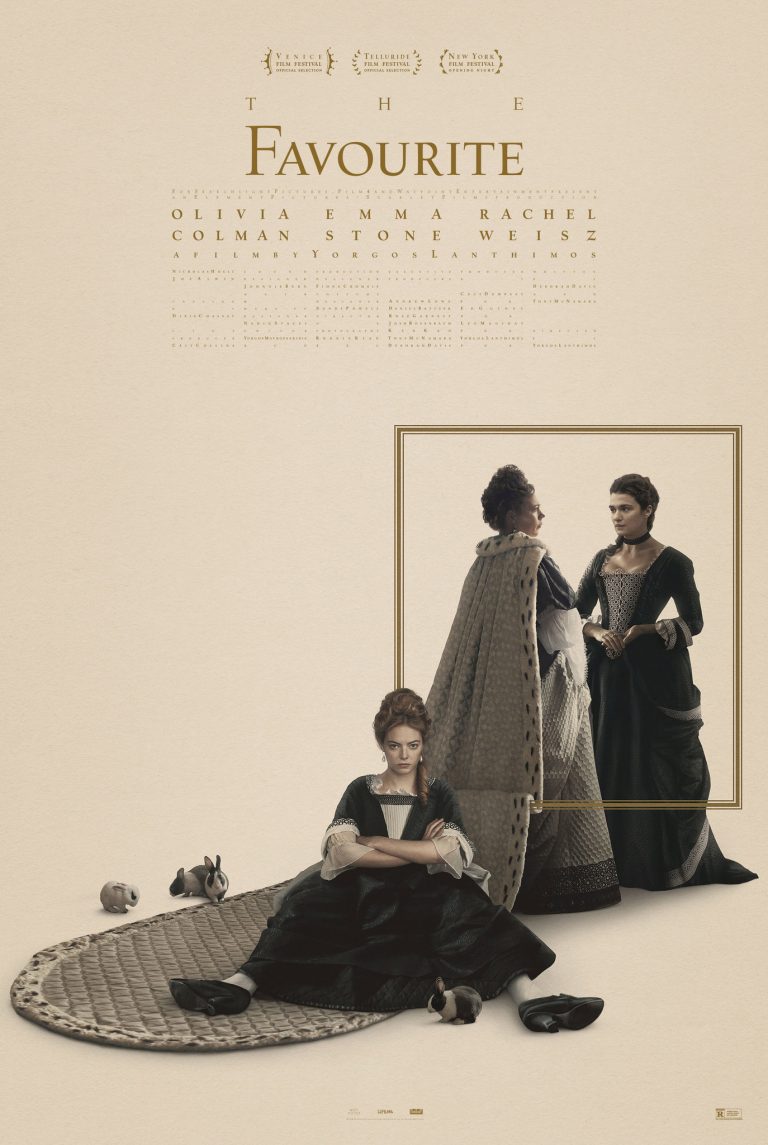 I get surprised watching Oscar-nominated movies. Usually the surprise is that the movie, often with few nominations, ends up being surprisingly good – much better than the nominations it receives suggest. That was certainly the case with two movies this year, The Ballad of Buster Scruggs, and Can You Ever Forgive Me. Both received only three nominations and neither of them won a single Oscar. And yet, they were both high quality movies that were visually pleasing, and mentally stimulating. Sometimes, though, the surprise goes the other way – a highly nominated movie ends up being only so-so in effect, and, although it had some interesting moments, it lacks any real long-term takeaways.

Unfortunately, that’s what I have to report about The Favourite. Tied with Roma for this year’s most-nominated movie, it received ten nominations – including Best Picture – and won the Leading Actress category with Olivia Colman’s outrageous performance. And yet, unlike Roma, this picture didn’t leave me with anything. There were some fun and revealing scenes, but it failed one of my most important tests – giving me something to think about the next day.

Well, OK, that isn’t quite true. Its been a couple of days since I watched it, and I HAVE been thinking about it. But instead of savouring the message, my thoughts turn more on questions like ‘Just what was the purpose of this movie?’

The director, Yorgos Lanthimos, also wrote and directed The Lobster (2015). And, as often happens in the movie world, he brought his film editor, another Greek, Yorgos Mayropsaridas, with him to do this film so we can expect similarities in vision and scene transition.

He also brought from the Lobster two of the three main actors, Olivia Colman and Rachel Weisz. Colman plays Queen Anne in the current film, and manages an astounding mixture of strength and weakness in her character who, though Queen, is beset with a long list of physical maladies, especially gout, which almost make hers a pathetic life. Weisz, another terrific British actress, plays Lady Sarah, who, at least at the outset, is the Queen’s ‘favourite’, and is also the political brains in the English monarchy. Colman and Weisz, or Anne and Sarah, are obviously very comfortable in their relationship with everything that might mean. (If you haven’t understood that this movie is very much about sex, then you have missed a key component.) 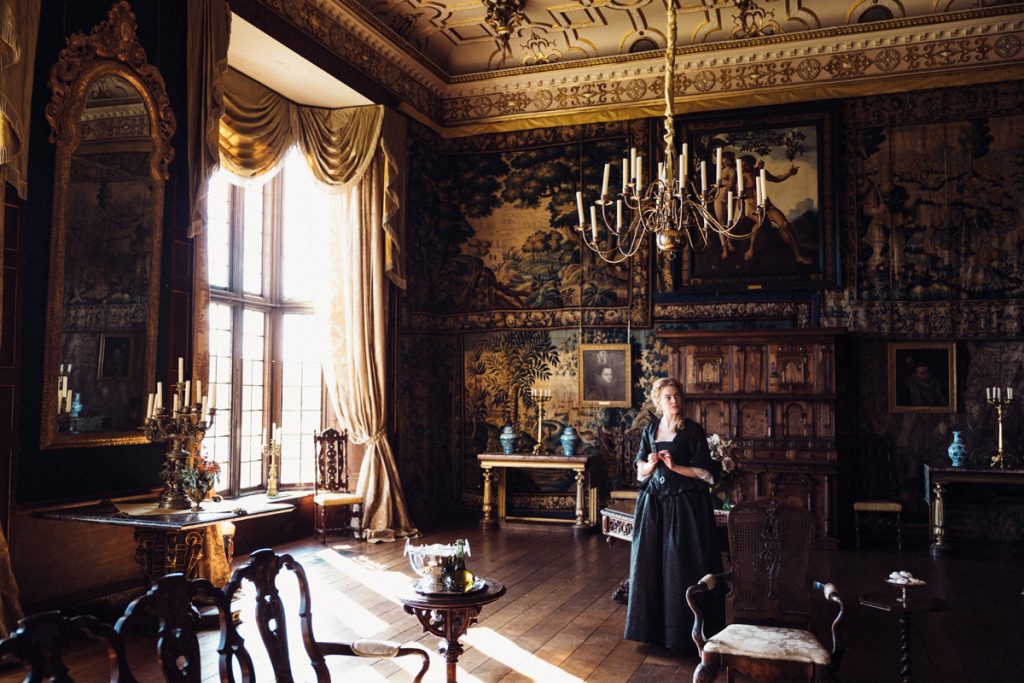 Their relationship becomes an intriguing triangle when Abigail (Emma Stone) arrives, reeking and covered with a local village mud enhanced with certain excretory products (i.e. shit). In every sense of the word, Stone/Abigail brings to the estate a potent new dynamic which Lady Sarah, rightfully, finds threatening. Although it takes some time, Abigail/Stone works her way into the Queen’s confidence, and her bed, leaving little room for Sarah/Weisz.

Emma Stone, who won the Leading Actress Oscar two years ago for La La Land, and was nominated three years ago for her work in Birdman…, is one of my favorite actresses. In this role she demonstrates a real flair for conniving mischief that is possibly her best performance yet.

In fact, the chemistry between the three leading women is the heart and soul of The Favourite. Colman’s Queen Anne is exquisitely fickle, Lady Sarah is coldly calculating, and Abigail is willing to do just about anything to reverse her fortunes. The situations they find themselves in are sometimes funny and always opportunities for wit, deceit, and lots of sex.

Another highlight of the movie is the costumes. Most ‘period’ dramas are from the Victorian age, and this takes place a little earlier than that. Apparently that created a real challenge for the costume designer, Sandy Powell, because the movie industry lacked a storehouse of costumes to draw on. However, Ms. Powell has received fourteen Costume Design nominations and won the Oscar three times, so she rose to the challenge with outrageous wigs and costumes even made with denim.

This movie also received nominations for production design, cinematography, and film editing. The movie takes place almost entirely indoors and, in fact, in the Queen’s chambers. So the lighting is kept low and is provided mostly by natural light or candles, which, adds authenticity and, at least a little, mood.

Scattered throughout the film are scenes filmed through a fish-eye wide angle lens, which yields a distorted vision around the edges. Couple that with a soundtrack of what sometimes seems like discordant electronic sounds and you get a definite feeling of things being off – it is disorienting.

Perhaps that is the message Lanthimos is trying to communicate. This is a strange movie where the viewer is never quite certain what is going to happen next. And while it does produce a level of curiosity, the movie fails to communicate on a gut level. These three women are marginally fascinating, but none of them engage the viewer – I couldn’t bring myself to like any of these characters nor, really, entertain any real feelings towards them of any kind.

This is a movie that has a lot of interesting and fun pieces. But it is also a case where the whole is less than the sum of its parts. I liked the fact that three women were the center of the movie. I loved the performances, especially of Emma Stone. And the set and costumes were fun to look at. But when the movie was over, and especially the next day, I couldn’t identify a significant theme or message. The movie is, essentially, a gilded mess. And for that I can only give 3 stars.