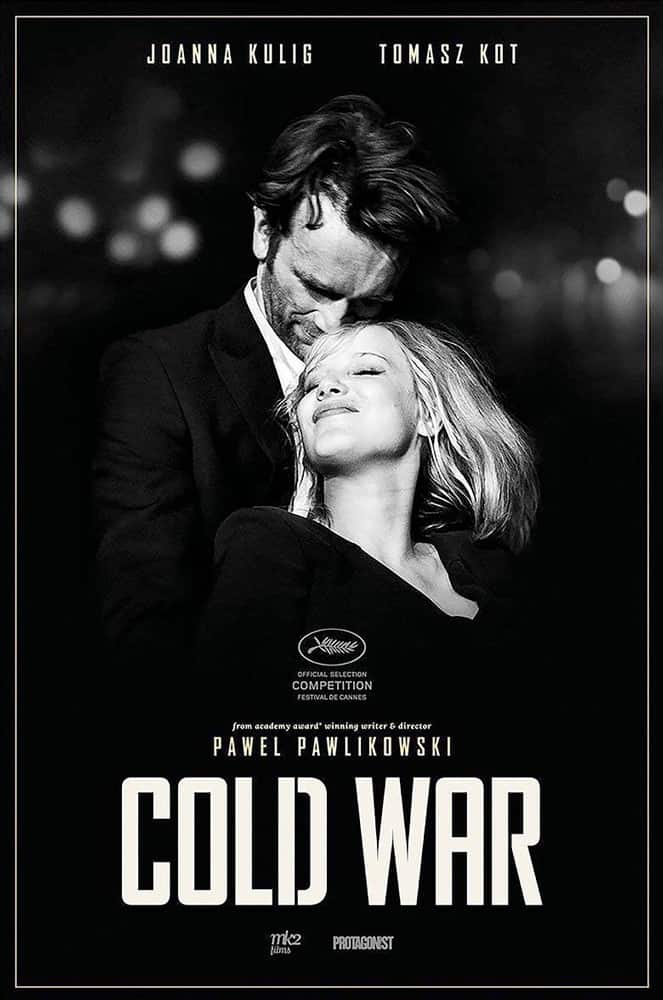 Maybe one shouldn’t screen this movie after watching the German film “Never Look Away”. Although the German movie, at three plus hours, was more than twice as long as this one, it retained its integrity and kept my interest for the full duration. The story made sense and the cinematography articulated with the message.

But I can’t say the same thing for Cold War. As James Berardinelli (ReelViews) puts it:” (this is) a film that, although breathtaking to watch and emotionally wrenching, is strangely unsatisfying. It’s as if by paring the production down to a sub-90 minute running time, Pawlikowski has robbed the viewer of key connective tissue that would have warmed the characters and their story.” Flick Filosopher, MaryAnn Johnson, writes “This lush throwback to European cinema of the 1950s and 60s looks gorgeous and sounds wonderful, but it never quite gels as the passionate romance it wants to be.”

The story is supposedly a romance between two people in Poland spanning the difficult years from 1949 to 1964. The movie was dedicated to the director’s parents and the two main characters share his parents names. It details the ups and downs of a relationship that is severely challenged by the political changes in post-war Poland, and, in that regard, it shares a context with Never Look Away. But where the German film explores in fine detail the impact that politics has on personal lives, the Polish film seems to assume that all of that is obvious.

Is it possible for a movie to simply be ‘too short’? Although laced with beautiful music and stunning black-and-white photography, the complex relationship between Zula and Wiktor is displayed for us in short bursts that, too often, simply end with a black screen. The final scene leaves the viewer questioning ‘just what happened there’? Because, we aren’t allowed the time to explore, and to fully appreciate, this couple’s internal dynamics. 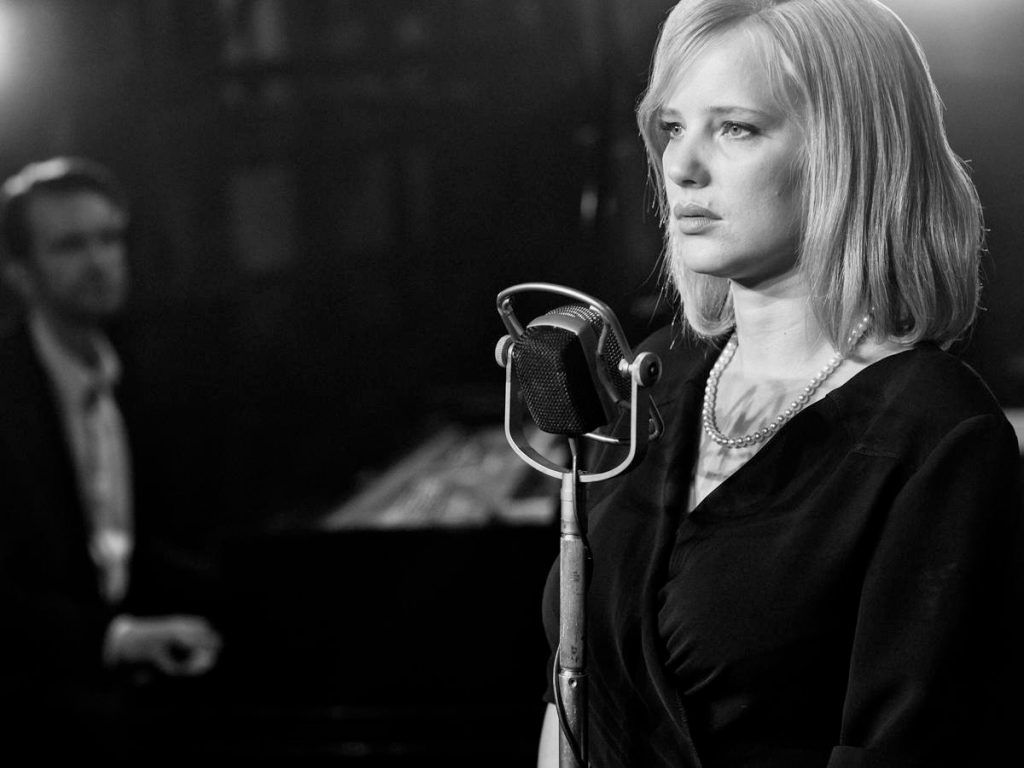 I was expecting something much better. Although I am unfamiliar with the two main actors, the director and the cinematographer, both receiving Oscar nominations for their work here, were also recognized in 2014 for the movie “Ida”, the winner of the Foreign Language Oscar that year. Ida was a terrific movie and clued me into a vibrant Polish film culture. Like Cold War, Ida was also filmed in monochrome and with an ‘old-style’ aspect ratio of 4:3 – the classic box format used widely back in the early post-war years. That movie helped me understand more of the artistic reasons to use black-and-white cinematography – as a way of capturing a particular feel.

So with the same director and cinematographer as Ida, I had bigger hopes for Cold War. And it delivers in many respects. The cinematography IS beautiful – although I can’t help but believe that it really reinforces the ‘Cold’ part of the title. And the music in this movie is not only an important component of the story line, but it is also a key ingredient in the main characters’ relationship. In fact, late in the movie, they note that the production of a record is, for them, the equivalent of giving birth to a child – a ‘child’ she tosses nonchalantly in the trash can.

And the two main actors, Joanna Kulig as Zula, and Tomasa Kot as Wiktor, are not only beautiful to look at, but they are also musically talented. She can sing, and Kot learned to play the piano for this movie. It is almost easy to imagine these two as torrid romantic partners.

Instead, though, it is definitely a ‘cold’ war. If I had seen this movie first, maybe I would have rated it higher, but I didn’t, so I can’t. Best I can do is 2 stars – for effort!