(4.5 Stars) A German drama tracing the life of an East-German artist who struggles to find his true art form, and the meaning of his life. Professional critics didn’t like this as well. 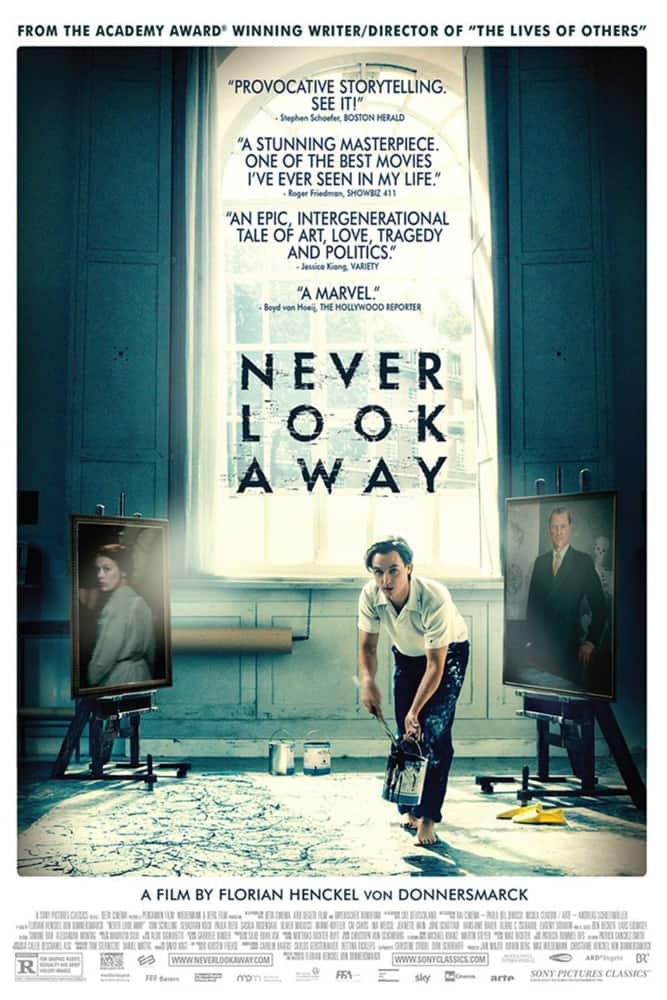 2019 was a strange year in the Cinematography category for the Oscars. Three of the five nominated movies (Roma, Cold War, and Never Look Away) were foreign language movies and were also nominated in that category as well. Roma ended up winning the Oscar in both categories, but the competition was fierce. Never Look Away is a beautiful movie with wide, expansive shots setting pastoral scenes and short, intense closeups bringing the visual details right into the viewers conscience. Whether it is an intimate interlude in a softly filmed love scene, or a landscape panorama of Dresden after the bombing, Caleb Deschanel does a terrific job behind the camera.

At this point in my screening of the Oscar-nominated films, I have seen all but one of the nominees (Cold War), and while they have all been beautifully filmed, this one is quite possibly the best. Although Never Look Away is more than three hours long, it is the compelling photography that keeps you engaged and eager for the next scene.

Deschanel is no stranger to the Oscar circuit. Although he has never won the Oscar, he has been nominated six times, starting in 1984 for The Right Stuff, and followed by The Natural, Fly Away Home, the Patriot, and the Passion of the Christ in 2005. Although I wouldn’t recommend all of these movies as ‘must-sees’, they are undeniably beautiful to watch, largely because of his work.

But Never Look Away isn’t just about the cinematography. It was also nominated for best foreign language film. The movie is the creative product of the German director and writer Florian Henkel von Donnersmark. Donnersmark is no stranger to the Oscars either, having won the Oscar for Foreign Language Movie in 2007 for Lives of Others, his first major feature release. I haven’t seen it so I can’t comment on how worthy it was of the award, but he has a very interesting biography, speaking five languages fluently and graduating from Oxford with a degree in philosophy.

Although Gerhard Richter, one of Germany’s premier modern painters, pretty much disowns the portrayal, it is supposedly based on his life. It is a complex story of a young boy, Kurt, whose first sensibilities about how the world is supposed to work are framed under the rising cruelty of the Nazi regime. That is followed by exposure to the brutalities of World War II, as he was near Dresden when the city was leveled by Allied bombers. Then, he had the very difficult task of trying to find his artistic style all while professing support for the ‘Socialist Realism’ of the East German Democratic Republic. The movie is basically about how Kurt resolves all these conflicting pressures as he matures from a six-year old to a vibrant artist nearing thirty. The adult Kurt is played by Tom Schilling, a rising German actor who has appeared in multiple movies and TV shows, none of which have I seen. He does an admirable job, though, of providing the core figure around which everything else in the movie happens.

Curiously, though, I didn’t find his to be the most interesting personality in this movie. There are two women in his life who are the keys to this drama. Elisabeth May (played by Saskia Rosendahl) is Kurt’s aunt. It is she who sets up the parameters for how he is to view his art, and his life, when she guides him “Don’t look away. Never look away, Kurt. All that is true is beautiful.” What happens to her, and who does it to her, become critical story points later.

And his girl friend, when he is older, is effectively the key to this movie, even though she isn’t the main character. Played by Paula Beer, Ellie Seeband, at first, seems like she is Elisabeth reincarnated. But, although she is similar in appearance, her grounded character, and her uncompromised ability to love Kurt propels the movie forward just as she gives him the energy to realize his own potential. I was genuinely enthralled by Beers’ performance and look forward to seeing her in the future. 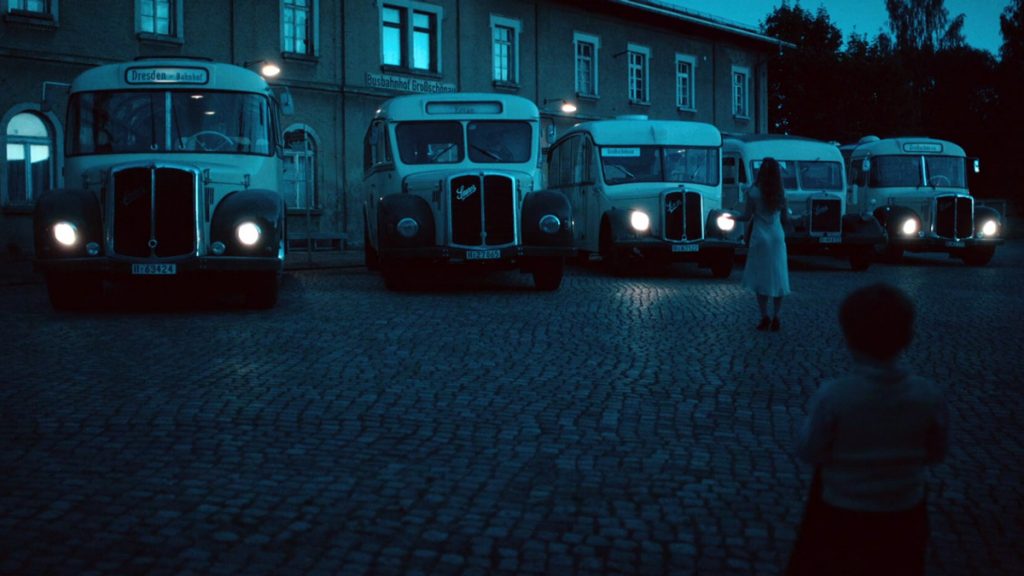 Oh and ‘seeing her’ is an understatement. Unlike Americans, Germans aren’t at all prudish and we see these two women, and Kurt, in totally naked moments. If sex or nudity, even when lovingly portrayed, offends you, then you should avoid this movie. These two women celebrate their human nature with little inhibition – and they have lots of beautiful nature to show us. (All lovingly captured by Deschanel’s intimate photography.)
Finally, there are two men who play very important roles in Kurt’s personal and artistic development. Carl Seeband (acted by Sebastian Koch) plays an early role as a very loyal and despicable Nazi. He returns later in the movie, unexpectedly, and we learn that he may have successfully hidden his identity, but not his nastiness. And Antonius van Verten is Kurt’s artistic mentor. Supposedly modeled after successful German artist Joseph Beuys, Antonius’s honesty and wisdom, also unexpected, is what finally shakes Kurt out of his directionless stupor and helps him realize what is really inside him.

This movie ranks in the bottom quarter of all the Oscar movies this year, in terms of both the critic and audience ratings. I’m not sure I understand why. It is true that the film is maybe a little too ambitious in the scope of the tale it tries to tell, leaving some threads unconnected. And perhaps the length of the movie is a bit daunting, but there are plenty of shorter movies out there that do not meet the challenge in story telling and the portrayal of how important history is in shaping personal lives. This is a terrific movie and, in my book, one of the best of the year.

I give it 4.5 stars or maybe even 5! It isn’t for everyone, but will satisfy many a viewer’s demands for a great drama.