Cruella (4*) - A delightful diversion with great chemistry between the two Emmas and an interesting story of how movies happen. 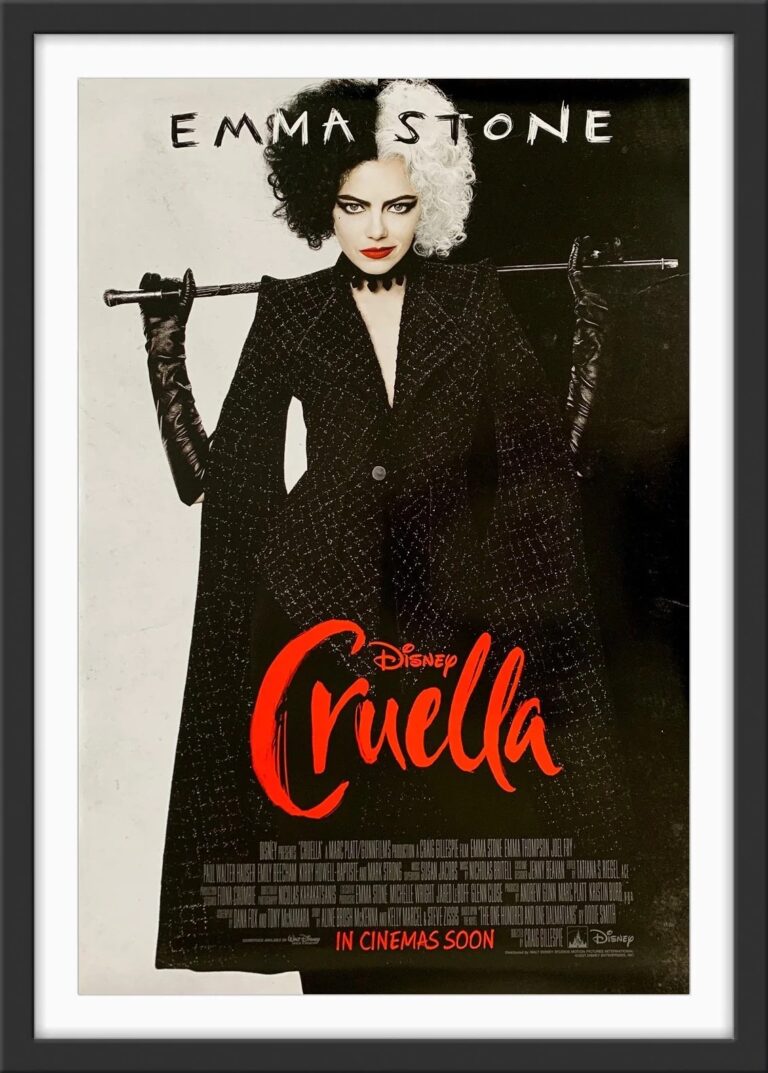 Cruella is a wonderful origin story for the notorious villain in the 101 Dalmatian movies.  While not scoring well with the critics, I found it witty and fun with a stunning array of costumes, mostly for the two leading ladies.  The movie is a live-action prequel developing the early, troubled life of the insane genius, Cruella DeVil.  Played by Emma Stone, she narrates about half-way through the movie that “The thing is, I was born brilliant, born bad, and a little bit mad.  I’m Cruella.”  After a brief, but important lesson on her early childhood, the bulk of the story relates her development as a fashion designer who learns much from The Baronness, the pinnacle of London fashion royalty, delivered with wit and panache by Emma Thompson.  The two Emmas engage their performances with such an infectious enthusiasm that you can’t but help love their terrific chemistry.  I’ll get back to the movie itself and why you should add it to your list – if you haven’t seen it already – but first there is another story about the movie industry that this film tells that I find very interesting because it reveals how the history of the people involved can effect how the movie develops – so let me go there for a while.

The idea for a movie usually finds its initial source of traction in the minds of one or more producers, the people who put the project together and organize the financing.  The producers usually work for a production studio of some kind, although many operate on their own.  In the case of this film, their are multiple producers, but the main three were Andrew Gunn (Gunn Films), Marc Platt (who has worked with Orion, TriStar, and Universal Studios, but now has his own production company) and Kristin Burr (who worked at Disney before striking out on her own in 2017).  It was during Burr’s tenure at Disney, back in 2013, that the first idea for an origin story of the famous Dalmatians villainess was generated.  Disney, of course, owned the production rights to the Dalmatians story line, and so they became the main production company for this film and the primary distributor.  Platt, meanwhile was one of the key producers for an important Best Picture winner, La La Land – I’ll tie that in later.

Producers, though, are usually business people, not creative types, so they normally are unable, and unwilling, to actually define the movie’s content.  For that they hire a director and one or more writers to take a basic idea and turn it into something approaching a story and a vision.  Often the basic storyline already exists, so “all” the writers have to do is produce a screenplay – the acts and scenes, descriptions of the settings and action, and the dialogue.  In this case they had the basic novel “One Hundred and One Dalmatians!” By Dodie Smith.  But the Smith book does not detail the early history of Cruella DeVil – she enters the story fully developed.  So, while the original novel might lay out some basic personality characteristics and behavioral traits, it doesn’t offer any explanation of where that all came from.

Three people worked up the story – Steve Zissis, Kelly Marcel, and Aline Brosh McKenna.  I can’t find any relevant connections with Mr. Zissis’s history, but the other two story developers have extremely intriguing resumes.  McKenna was a BAFTA nominee for her screenplay for The Devil Wears Prada. There are more than a few parallels between the Miranda Priestley/Andy Sachs relationship and the Baroness/Estella “partnership” in this film – in fact the Baroness and the Meryl Streep character are remarkably similar.  Then there is the fact that Marcel is a British writer active in TV, film, and stage and wrote the script for Saving Mr. Banks (13) – that is another important connection!

Once the story is developed, then you have to turn it into a screenplay, and that was done by Dana Fox and Tony McNamara.  Again, I can’t find any relevant connections with Fox’s history, but McNamara received an Oscar nomination for his screenplay of The Favourite – a connection that will become relevant when we get to casting.  The writing work typically evolves over a multi-year timeframe and people in the movie industry usually work on multiple projects at the same time.

The director is the third key role in the development of a film.  In 2016, Disney reported that the director was supposed to be Alex Timbers, who was best known for Broadway and Off-Broadway productions, especially musicals.  Two years later, though, Timbers left the project “due to scheduling conflicts” and in 2018 Disney put Craig Gillespie in the director’s chair.  Gillespie is an Australian director who directed two key movies to Oscar nominations, Lars and the Real Girl (07) and I, Tonya (17).  Both movies were well done (although I think Margot Robbie was miscast as Tonya), but he proved his talent.

At this point, five years after the original idea, the script was pretty much done so Gillespie was, mostly, in charge of filming and guiding it to completion.  To do that, he brought with him a team of people who had been of special help in his previous films.  Cinematographer Nicolas Karakatsanis had worked with Gillespie on I, Tonya.  And film editor, Tatiana S. Riegel, had worked with him on Lars and The Real Girl and received an Oscar nomination for his work on I, Tonya.  Importantly, then, when you hire a director, you also, usually, get a bunch of other people, often very talented, who are used to working with the director and share his/her vision.

And what about the actors? Can’t have a movie without them.  Not only is Emma Stone eminently qualified to fill the role, but she has some very important connections.  Producer Marc Platt played a key production role in La La Land,  which earned 14 Oscar nominations and six Wins, including Leading Actress for, yes, Emma Stone.  And, to put the nail in the coffin, Emma Stone played a delightfully nuanced character in The Favourite which won an Oscar nomination for Tony McNamara’s screenplay, and who co-wrote the screenplay for Cruella!  It is not surprising, then,  that Stone was cast in the title role early in 2016, two years before the director chair was filled and filming started.  She was also named an “executive producer” , whatever that means.  (Glenn Close – who starred as Cruella in the previous live-action Dalmatian films – was also brought on as an “executive producer”, probably to give the film some additional name recognition.)

The casting for The Baronness, the other key role in this film, was more difficult.  Several top actresses were considered including Charlize Theron, Nicole Kidman, Julianne Moore, and Demi Moore, but I suspect the desire to have a genuine British actress eventually swayed the decision.  It probably helped that Cruella writer Kelly Marcel wrote the script for Saving Mr. Banks which starred, guess who, in the leading role – Emma Thompson.  Thompson was added to the cast list in 2019, just before principal filming began.

But the relationships don’t end there.  When Emma Stone was cast as Cruella, she insisted that her hairdresser from The Favourite be assigned the role of creating her wigs for Cruella.  Nadia Stacey ended up sharing an Oscar nomination for her work.  Production Designer Fiona Crombie also worked with Emma Stone on both movies.  Costume Designer Jenny Beavan – who deservedly won the Oscar for her work in Cruella – has 11 other Oscar nominations and two additional Oscar Wins for A Room with a View (85) and Mad Max: Fury Road (15).  It isn’t clear from my research when Beavan joined the Cruella team, but she was involved with at least two other movies with Emma Thompson for which she received Oscar nominations, Sense and Sensibility (95) and Howards End (92) so that might have had something to do with it.

In short, the film community is, like many businesses, tightly connected.  Although the Academy attempts to portray the industry as a meritocracy, it is also very clear that it is also who you know that gets you the jobs.

I promised to get back to the movie itself.  There is much I could write about how the critics are wrong about this film and that it is an intriguing, humorous, and delightful tale of two women exploring their relationship.  I loved the chemistry between the two Emmas and thought that, while it stands on its own as a movie experience, it also helps understand the Cruella we know from earlier (later) movies.  Although it may be a bit too dense for kids, it is a delightful diversion for us older folks who have seen quite enough of Dalmatian spots!  Oh, and the costumes and hairstyling are over-the-top! (4*)

Stream on Disney +  or rent from multiple sources, or wherever you get your discs! 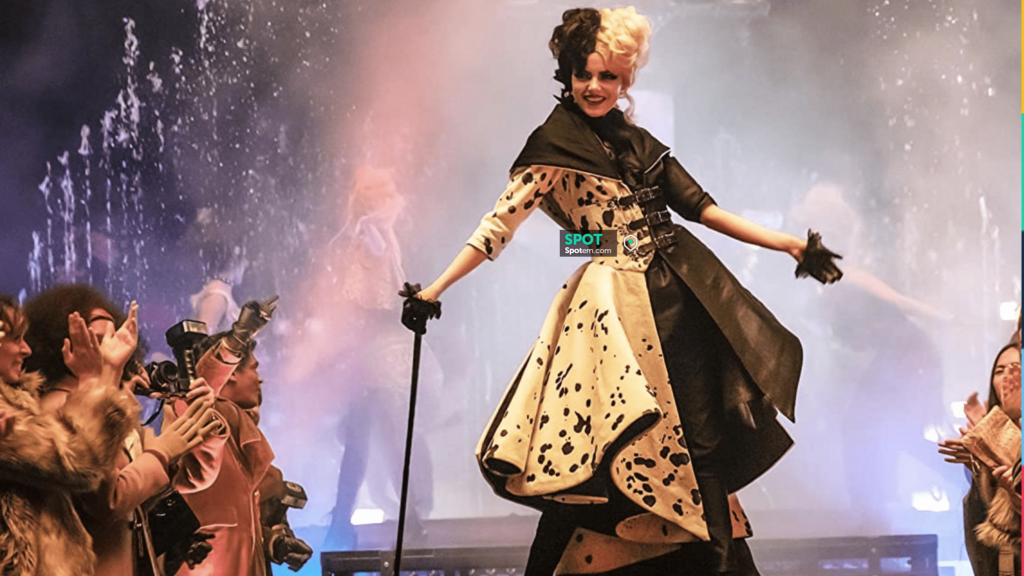