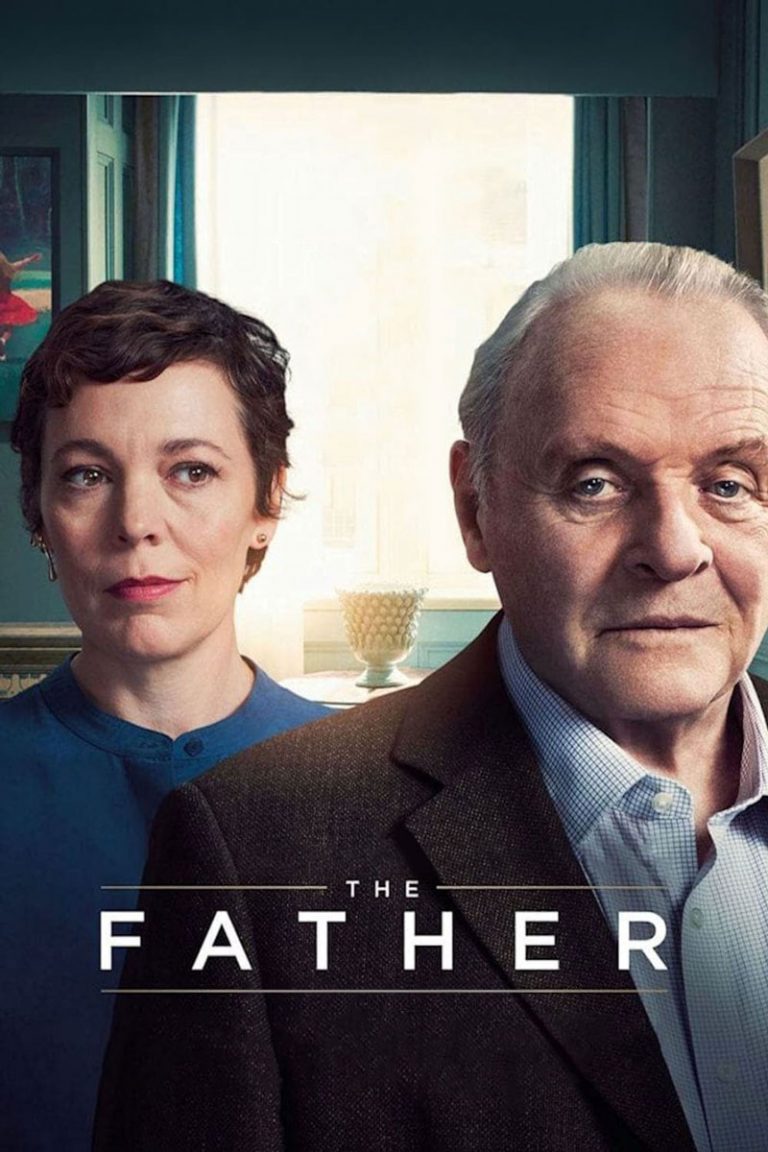 A place is a “home” because it provides a comforting sense of stability—an environment where things don’t change too much and patterns of life are predictable. We walk into the living room knowing that the furniture is the same and in the same place as it was yesterday. If we decide to plop down on the sofa, we don’t have to worry about whether it’s going to be there. We might not pay them much attention, but the walls are the same color as always; the paintings on the walls are where we placed them years ago.

Dementia, Alzheimer’s, old age! We label decrepitude with different terms and appreciate that it strikes some of us earlier or harder than others, but physical and mental decline seems to be something we will all end up having to confront, either in our own lives or in those we love.

“The Father” tells the harrowing personal story of one man’s descent into disorientation, then anger and fear and, finally, invisibility. Maybe because, at 70, I’m starting to approach these possibilities, “The Father” is remarkably effective at bringing the viewer into 80-year-old Anthony’s disintegrating world. A few weeks ago, the viewing public ranked “The Father” in sixth or seventh place in popularity, but, unlike most movies, appreciation for it has grown. It is now No. 1 in IMDB (Internet Movie Database) audience ratings—out of the 41 movies that received Oscar nods this year.

This movie is excellent in nearly every respect. I can tell you about many of its technical strengths because knowing about them in advance will only enhance your viewing pleasure. The filmmakers’ artistry will pull you into the world of dementia even more than you think is possible.

The film is set in London and most of the film takes place on one set: Anthony’s apartment, which the British call a “flat.” Hmmmm, or is it his flat? And is he always in his flat? It certainly is well appointed, with handsome antiques and knickknacks scattered about and valuable paintings dotting the walls. The production design people have outdone themselves in outfitting the apartment with all the accoutrements that someone with money and taste collects over a lifetime.

But pay attention. The production designers (Oscar-nominated Peter Francis and Cathy Featherstone) constantly but subtly alter the décor. Lush wall hues become more subdued; the flat’s front door changes in color and style, reverts to its “normal” appearance and changes again. After a while, you begin to notice even small variances, such as when a side chair in the entry hall, grown familiar from the characters’ comings and goings, disappears from its customary location. One begins to wonder if there a conspiracy to upset Anthony and drive him mad. Or is the conspiracy—which also entails recurring incidents involving a watch and a rotisserie chicken (!)—targeting us, the viewers?

The production designers aren’t the only ones in on the conspiracy contributing to our bewilderment (and Anthony’s). French composer Ludovico Einaudi has produced musical arrangements that frequently employ the same basic themes. But, as the movie progresses, the accompanying score becomes less dense—it loses more of its texture.

Cinematographer Ben Smithard films with decreasing levels of color saturation and lighting. He also deploys, at times, the symmetric framing that is remarkably effective in showing Anthony’s ???? isolation. But then he shifts perspectives, increasing our disorientation. All of this is woven by film editor Yorgos Lamprinos into a collage of parallel but contrasting scenes and actions that leave us wondering exactly what time and place Anthony finds himself in now. Lamprinos was nominated for an Oscar for what Christy Lemire (RogerEbert.com) says was the “daunting task of crafting a story that’s simultaneously confusing and compelling.”

The bulk of the credit should go to the head conspirator, writer and first-time director Florian Zeller. Zeller is a French playwright, and this movie is based on his stage play, “La Père,” first performed in 2012. That Zeller, though only 42 years old, is able to write with such clarity and empathy about a geriatrical condition helps to explain why he and his partner, the esteemed British screenwriter Christopher Hampton, won this year’s Academy Award for Best Adapted Screenplay. (Hampton previously won an Oscar in that category for “Dangerous Liaisons” and was nominated again in that category for “Atonement.”) “The Father” packs so much wallop in it less than 100 minutes of running time that my only complaint was that it was too short—I wanted more!

It takes more than a good script to make a good movie—actors need to bring the dialogue to life. The small cast of “The Father”—there were maybe a half-dozen speaking parts—was exceptional. Olivia Colman, who mostly (and what does that mean?) played Anne, won an Academy Award for Best Actress for her performance as the crazy queen in 2018’s “The Favourite.” Here, her Oscar-nominated performance blends a wonderful mix of exasperation, sympathy and love for her declining father.

Zeller and Hampton wrote the screenplay specifically with one person in mind to play the leading role, and they even named the lead character after their actor of choice. When Welsh actor, director and film producer Sir Philip Anthony Hopkins agreed to take the role, Zeller’s dream came true. And, rightfully, this became Hopkins’s movie.

“Hopkins gives one of the most vulnerable and emotional performances of his career,” assessed Brian Tallerico of RogerEbert.com. An “astonishing, devilish performance” raved Jeannette Catsoulis of the New York Times.

Hopkins, of course, won this year’s Oscar for Best Actor. The award is more than deserved. It is also a fitting bookend to the 83-year-old actor’s career, which skyrocketed in America with his Oscar-winning performance as Hannibal Lecter in “Silence of the Lambs” 30 years ago.

MaryAnn Johanson (FlickFilosopher.com) summarized the unique contribution made by “The Father” to movie history in observing that “the empathy machine of cinema has rarely been put to such uncomfortably intimate use.” Even Hopkins has admitted to being overwhelmed while filming scenes that forced him to contemplate his own mortality. And, I suspect, “The Father” will have the same effect on anyone who views it. Wait for lines like “I feel as if I’m losing all my leaves” or, towards the end, when Anthony cries: “I want my mommy!” I dare you not to tear up.

Available on Netflix DVD and to Rent on multiple services 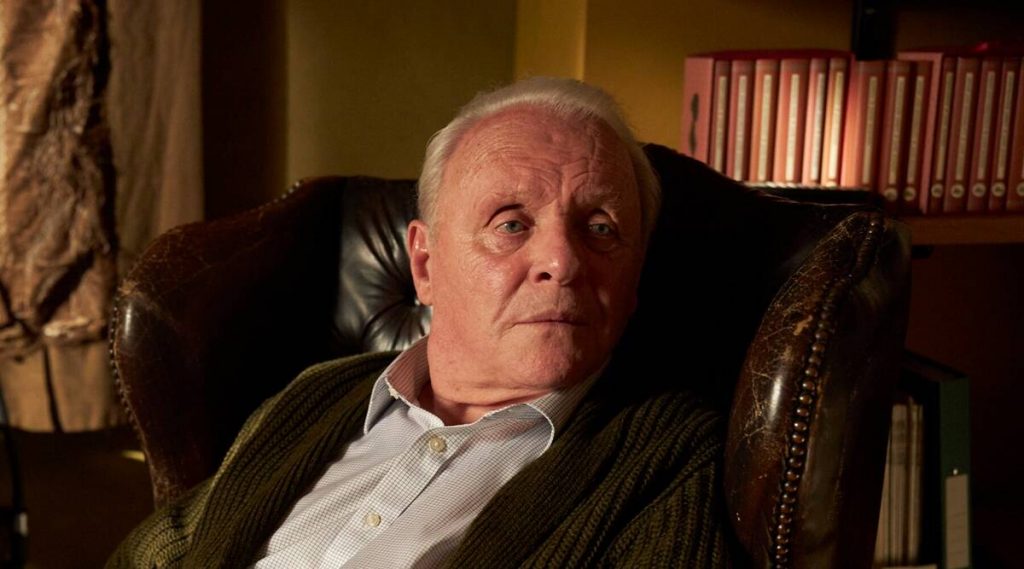