(2 Stars) A lot of missed opportunity and we end up being tourists! 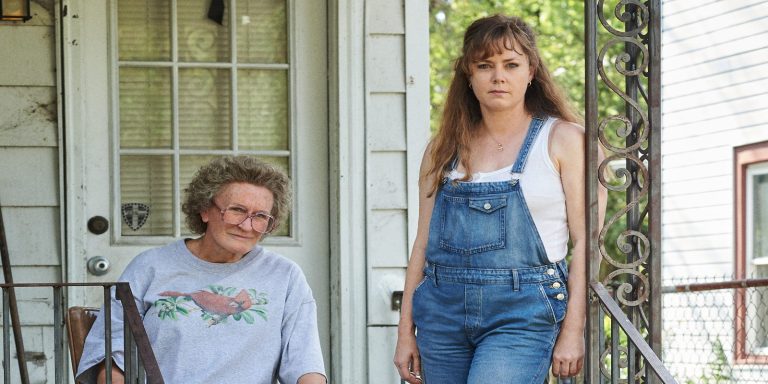 I guess on every ranking there must be an entry at the bottom, but I found it surprising that this movie, for all its initial hype when released, is at the bottom of the critics Metascore ratings of all 41 Oscar-nominated movies this year.  And when I say at the bottom, I really mean BOTTOM with a Metascore of just 38 when the next-lowest score is a mediocre 50.  In short, critics hated this film.  (The general audience rating of 6.7, put it in the bottom third of all movies, but nowhere near the very bottom.) But I want to take some time with this review to tease out why this movie receives such dismal reviews from the people who make their living watching and critiquing movies, because I think it tells us something about this movie, but also about the industry itself and what our expectations of the film might be.

Here are a few critical comments:

Matt Zoller Seitz (RogerEbert) said “Hillbilly Elegy has little interest in making sweeping statements about the historical roots of white, working class, Republican Rust Belt grievances against so-called ‘Blue America’…Howard (director Ron Howard) and company are tourists here, though, so it’s understandable that the movie wouldn’t have the nerve to put its foot down on the tonal accelerator and veer into black comedy and surrealism.”  This is despite the fact that Seitz can identify with family situations involving addictive behavior.

Trevor Johnston (Sight&Sound) reinforces the ‘tourist’ metaphor by calling the movie “White trash for tourists.”  While he lauds Glenn Close as an actress, he finds her specs, wig, and ‘uglified makeup’ distracting, “But in the end it all feels too constructed rather than simply observed, persistently keeping us at an unhelpful distance from the material.”

New York Times chief film critic, A. O. Scott writes ‘…this version of Hillbilly Elegy has more in common with that Yale soirée than with Lindsay’s backyard cookout.” “Howard (along with the producers and screenwriter) have laid the table with heavy silver – a blue-chip cast, a plush orchestral score, a high-gloss look that gestures toward realism without quite delivering it – and proceeded to mix up the forks.”  Later he adds that while it  ‘…is a chronicle of addiction entwined with a bootstrapper’s tale…it sacrifices the intimacy, and the specificity, of those stories by pretending to link them to something bigger without providing a coherent sense of what that something might be.”

The theme that runs through these critiques is that there is something major missing in this production – a fatal flaw exposing a lack of integrity in purpose – that the movie seemed to promise something and then failed to deliver big time.  So not only does it get criticized for possible flaws in the movie making process, but it gets hit with a biting moral hole as well – that it is a major insult because it commits a moral sin as well as artistic failures.

We probably have to reconstruct some history here in order to appreciate this argument.  The movie is based on a 2016 best-selling book of the same name by J.D. Vance, the central character in the movie.  Vance wrote the book describing his family history, growing up in an Appalachian family severely stressed both by the economic dislocations of our times and, especially, the opioid crisis which enveloped his Mother in destructive patterns that rippled through three generations of the family.  The book received rave reviews, most of them promising that the book would, almost single-handedly, explain the disaffection of the white working class and their support of Donald Trump.  No doubt the release of the book, in June – 5 months before the presidential election – had an important bearing on how the book was perceived.

The movie is based on the book, so it is understandable to question whether the book succeeds in its stated purpose.  On that point, I have to rely on the input from others – I haven’t read the book and really don’t have time to do so.  The reactions start to break down along typical ideological divides.  Conservatives suggest that, because he came from this kind of life, that he knows what he is talking about and that his commentary shows how government policies have created a welfare mentality that brings everyone down and stifles individual advancement.  From their account, Vance, by sheer dint of hard work and discipline rose out of all that and shows how success is possible.

Liberal reaction, on the other hand, tends to point out that Vance repackages established myths – like the ‘welfare queen’ – and that he ignores how white racism has impacted many and even had a debilitating effect on those who practice it.  They suggest that Vance’s own observations tend to reinforce the idea that it is not laziness per se, but rather the distinct fatalistic feeling that pervades the culture of poverty that is responsible for so much.  They also argue that Vance ignores the huge role that sheer luck plays in his rise and that he fails to recognize that others may not experience those same opportunities.

It is instructive, I think, that prior to the release of his book, in February of 2016, he wrote in USA Today that “Trump’s actual policy proposals, such as they are, range from immoral to absurd.” And in October he tweeted that Trump was ‘reprehensible’.  Since then, however, he has disavowed those posts, signed on with Peter Thiel to become a conservative venture capitalist, and went with Thiel to Mar-a-Lago to make-up with Trump.  He is now running, as a conservative Republican and with Trump’s endorsement, for the Ohio Senate in 2022.  In short, Vance, making a small fortune off his book, capitalized on that investment and has joined the privileged class with all that means, including bowing to Trump.

Although I haven’t read the book, my wife Joan has and I’ve talked to her about her reactions to Hillbilly Elegy.  She tends to agree with the critics of the movie and of the book.  She said that, despite the promise of the reviews, the book really failed to explain the rise of Trumpers.  And that it, rather annoyingly, simply reiterated many of the tropes that they use to justify their position.  In other words, in her opinion, Vance simply told a tale of how he was able to escape the culture of poverty, but not fully appreciate the structural advantages that he relied on to get there.  (Not very many people get the opportunity to go to Yale and then marry someone who is already a member of the upper crust.)

So, now, back to the movie.

If a screenplay is based on a book that is already in trouble – at least with a significant portion of the critical public – what chance does the movie have?  I suspect that part of the reason this movie has fared so poorly with the critics is because the book is already viewed with disdain.  Implicit in this analysis is a recognition that the film industry, largely, is slanted to the left.  But while that is important, I don’t think that is the only thing going on here.

If you read the critics between the lines, what they are suggesting is that the film had an opportunity to expose a culture that a lot of America doesn’t really understand.  But the filmmakers don’t understand it either.  Whether it was in the over-the-top makeup, hairstyling, costumes, and sets, or in bringing in such high-glamour talents as Glenn Close, Amy Adams, and Ron Howard, the movie can’t possibly identify with its subject matter because none of the players have the faintest idea what their subjects are really feeling.

Like one of the earlier reviewers, I have a family member – a daughter in fact – who, like Adam’s character in the movie, is constantly moving in and out of addictive episodes.  And the drama that creates is, at times, simply unbearable.  But this movie does not center us in those struggles, nor in the struggles of Appalachian ‘white trash’.  This film is too Hollywood, too much artifice.

As one of the reviewers noted – we aren’t living with these people, we’re tourists!  We expect more from our better movies. 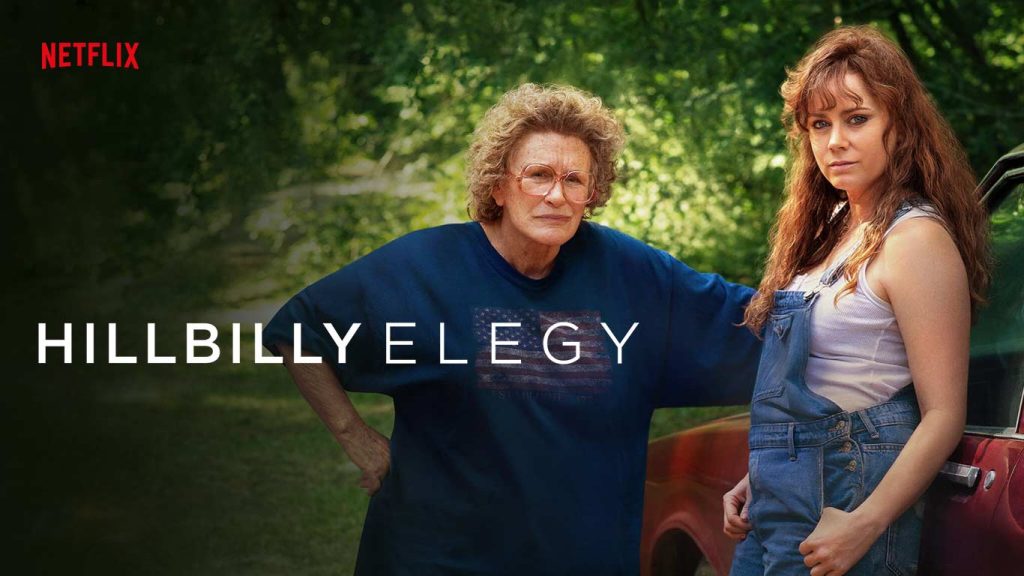