(2.5 Stars) Family Entertainment and a refreshing unique style of animation. 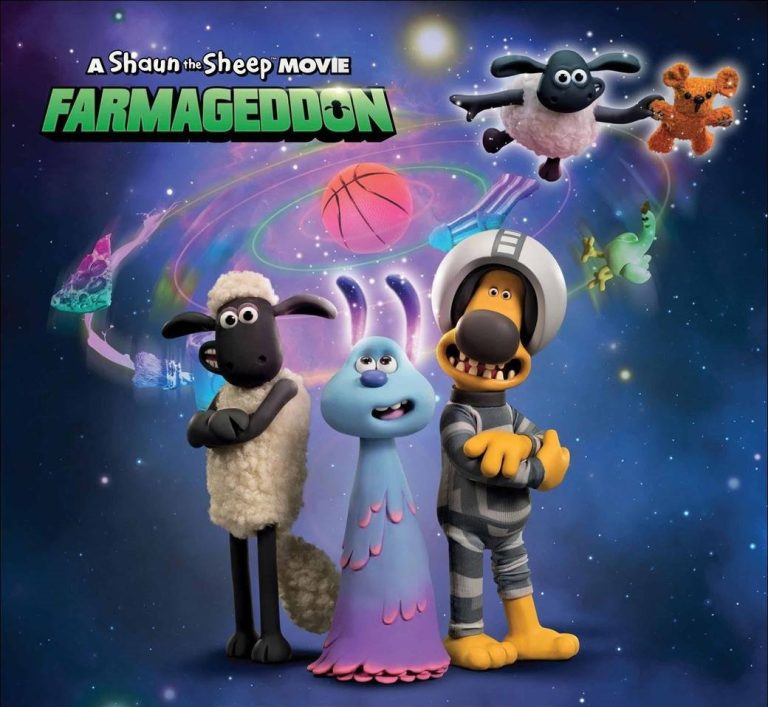 (This review begins a series of four where I will review all the remaining Animated Feature nominated movies.  The winner of that category, Soul, was reviewed back in May.)

This is a sequel!  And I can say that I saw the original, Shaun the Sheep Movie, about five years ago.  It, too, was nominated for Animated Feature, but, like this one, did not win.  They are both fun movies to watch and even, at times, funny – you won’t regret spending an hour and a half with either of them, although they aren’t going to revolutionize your life either!

Both movies are done in the stop-motion method of animation. I suspect, many viewers don’t understand just how much work is involved in producing such a thing.  Stop-motion means that the characters, and much of the sets, are not drawn or painted, but rather they are constructed of miniature models – real constructions.  These constructions, and their sets, are then moved, incrementally, photographed, and then repeated over an exhausting time period, all to produce the effect of motion.  These are not the only animated films made this way, but they are among the most successful.

Another thing that distinguishes the ‘Shaun the Sheep Movies’ is that there is no dialog between the characters – or, at least, nothing you can understand as such.  Of course, you don’t expect a sheep to say anything, but even the human characters in these movies don’t speak in any conventional language.  They do make utterances that are just complete gibberish.  But that lack of any real dialog is one of the charms of these films.

The communication with the audience is through the visuals and the unspoken nuances and inflections in the tone of the voice, not the words.  And the strength of these movies is just how well that works!  We don’t know what the farmer is saying, but we don’t really need to – we get his frustration with his current life and his dreams for  something a little bigger, and perhaps, easier.  And we understand that through his actions, and his facial expressions, not his words.

If I make all this sound too serious, don’t worry – seriousness of purpose is not the filmmaker’s intent.  This movie is designed to make you laugh at the sight gags and the unreal situations that Shaun, the sheep, gets himself into.  Several critics have commented about how, without words, the film relies on an incredible sense of comic timing to achieve its purpose – which is to make you simply have some fun.  The producers, directors, and writers all have a pedigreed history in animated films which, in addition to the two Shaun the Sheep movies, includes the Wallace and Gromit movie of 2005 which won the animated feature Oscar.

Farmageddon, as the name sort of hints, is also playing with science fiction themes.  The plot involves an alien kid who, out for a joy ride in the family spaceship, ends up landing on earth.  Shaun, and his friends, work hard to protect their new friend from not-so-friendly adults, and to get him/her back to his home – does that remind anyone of E.T.  (If the plot isn’t enough, then there is a fabulous shot of a garbage bin flying across a full moon – yeah, that scene!).  If E.T. Is the main theme, there are also references to at least eighteen other science fiction movies, TV shows, or books (No, I didn’t get all of them).  And the wonderful thing about this movie is that they do it through visual or musical references – not dialog quotes.  Have fun seeing how many you can get!

So, this isn’t a deep movie in any sense of that word, but it will make terrific family entertainment.  Kids will enjoy the cuddly sheep characters and the friendships.  Adults will enjoy the sight gags and the sci-if references.  And a good thing about this film is that there isn’t any dialog to offend anyone! 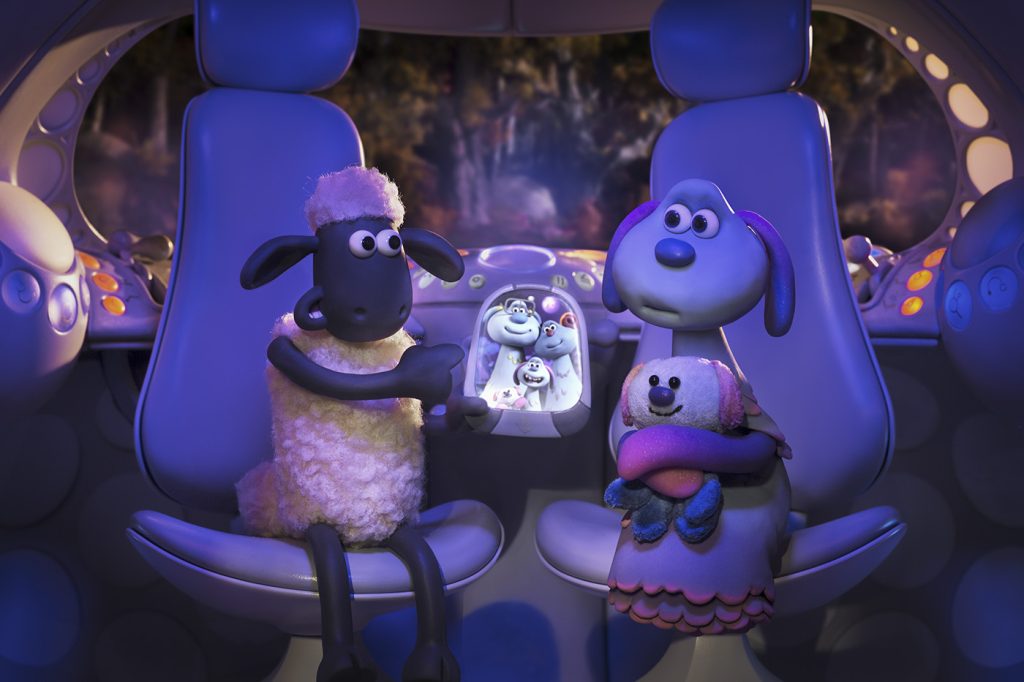