(4 Stars) A powerful message packaged in a little film. 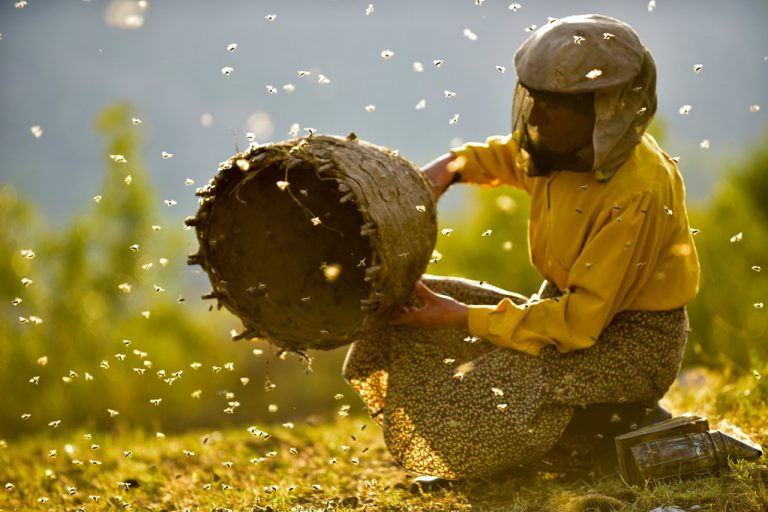 “The opening minutes of “Honeyland” are astonishing – as sublime and strange and full of human and natural beauty – as anything I’ve ever seen in a movie,” wrote A.O. Scott, film critic for the New York Times.  Later that year, he called Honeyland the best film of 2019!  Truly, it is hard to get a higher recommendation from a film critic.  And he’s not alone – the film ranked seventh out of all 38 Oscar-nominated films on this year’s list.  Audiences weren’t quite as generous, but still placed it in the top third of this year’s movies.

There is much to agree with about this film.  The cinematography produces some fabulous images.  The panoramic views of the Macedonian countryside are eerily beautiful, mirroring much of what we in the New Mexican high desert take for granted as a stark kind of beauty.  The patient and loving attention paid to the characters in this movie, especially the main subject, Hatidze Muratova, are reflected in close-up portraits of a weathered, weary, but persistent face.  Detailed pictures of bee life show us unknown sides of these creatures.  And all of it is bathed in a soft golden yellow light that seems as if the picture was shot through a lens filled with honey.

The directors, and writers, Tamara Kotevska and Ljubomir Stefanov (both Macedonians) had originally set out to do a documentary about environmental issues in their country.  But they found Hatidze and her simple but powerful story captivated them. They spent nearly four years filming over 400 hours of footage following her life as she tends to her bees, and her Mother, and sell her honey at the market in a nearby city.  There is much to admire here in the simplicity of her relationship with nature and, although she works constantly, she admirably manages to carve out a meager existence, and still have a few moments for laughter.

Then she gains new neighbors who completely upset the balance, not only of her life, but of her relationship to nature.  More than an allegory, the neighbors are motivated by capitalistic greed and end up violating the one rule that Hatidze tried to teach them: “Take half, leave half”.  The results are catastrophic.

The movie is barely 90 minutes long, but through tight editing, and the terrific cinematography, the movie packs so much emotional impact, that it seems like a longer and much bigger film.

The immediate end result, for our movie group anyway, was sort of a ‘so what’, colored with a strong dose of depression.  But the imagery and the potency of its message sit with you for days later.  I don’t know if I agree with Scott that this is the best film of 2019, but it is certainly up there.  A big film in a small package.  (4 Stars) 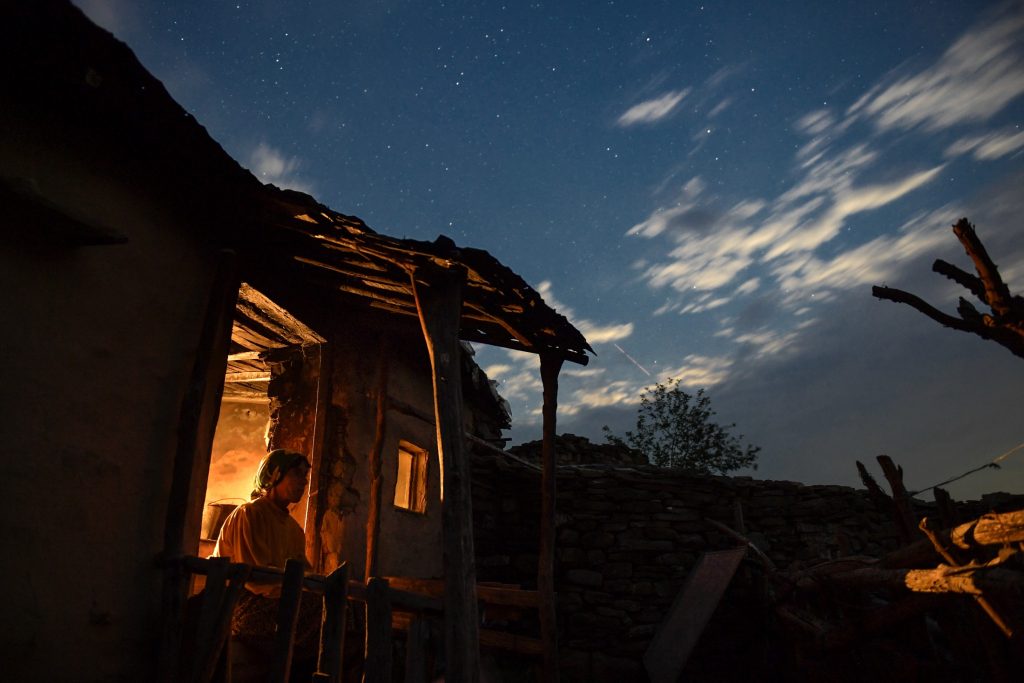