I Lost My Body

(4 Stars) A surprising mental challenge exploring destiny and free will, but definitely not a family movie 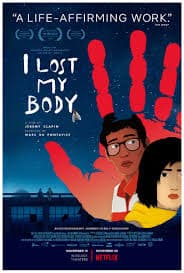 This movie is definitely not for kids – I suspect even a lot of adults are going to have problems with it.  Within our movie group, reactions ranged from puzzled amusement to mild hostility.  However, not even Andy got up and abandoned the movie – it kept everyone’s interest because there was just no way to anticipate what was coming next.  Director/Writer Jeremy Clapin (an unknown to me) was dealing with very large subjects, and handled them with modest, hand-drawn animation using a subdued color palette. But, despite the simplicity of style, this is not a simple movie.

I Lost My Body demands that you pay attention.  In the first place it is a French film and you can watch it with either English captions or dubbing, but either way, you have to pay attention to catch the dialog…When there IS dialog.  Much of the time, we are following a disembodied hand as it finds its way, with an admirable sense of purpose, around the streets of Paris seeking to reunite with the body it used to belong to.  While it can somehow ‘see’, it can’t speak so these scenes are filled with really fun, appropriately weird, original music from Dan Levy.  Some of the movie’s highlights are the scenes with the hand engaging with obstacles ranging from subway rats to pigeons to street traffic and even a touching scene with a baby and a pacifier.  As the movie title communicates, a critical story line is both how it became separated from its body and its search for wholeness.

But that’s just one thread in a fairly complicated story.  Another one involves a middle-eastern, immigrant, teenager (Naoufel) who lives with his uncle and cousin, keeps himself busy delivering pizzas, and develops a crush on a girl, Gabrielle, over a hotel intercom.  We follow the awkward teenager as he navigates the treacherous waters of teenage romance.  These scenes are the most conventional, but are also the weakest part of the movie.  They are, however, full of intriguing little philosophical morsels about life and how we might want to live it.  Finally, in black and white, we see scenes that are flashbacks to Naoufel’s past, which explain how he got to where he is today.

Scattered throughout the movie are instances of what I can only call visual puzzles.  Several times, for example, we see an astronaut, appearing out of nowhere, just standing there in a motionless pose.  No-one in the movie ever goes into space and there isn’t even much evidence of anyone even being interested in the stars – although Naoufel does have an interest in wide open spaces.  So what are we to make of this strange occurrence?  I have an idea, but I’ll leave that for another discussion.

And then there are the insects.  In particular are the flies.  Or, I should probably say, one fly.  There is a definite point to be made by the little creature, and it has something to do with the important role that seemingly insignificant things play in our lives.  So, as you watch this movie, pay particular attention to the fly.

In the end, all of these unconnected threads do, in fact, come together, although I’m not sure the ending will satisfy all viewers.  The movie is about fate and destiny and free will, all obviously trivial subjects.  Any movie’s attempt to resolve these things will be met with suspicion by many.  When I finished this movie I had feelings similar to my initial reaction to Kubrick’s 2001: A Space Odyssey, although not as strong.  There was more here than obviously met the eye, and the movie deserves at least a second viewing to absorb the many mental and visual puzzles.

How well it works will, I think vary with the viewer, and maybe what kind of mood he or she is in when they watch it.  I think, though, that if you approach this movie with patience and an openness to some mental challenge, you will get your reward.  (Just don’t take the kids).  (4 Stars – better than I thought it would be!) 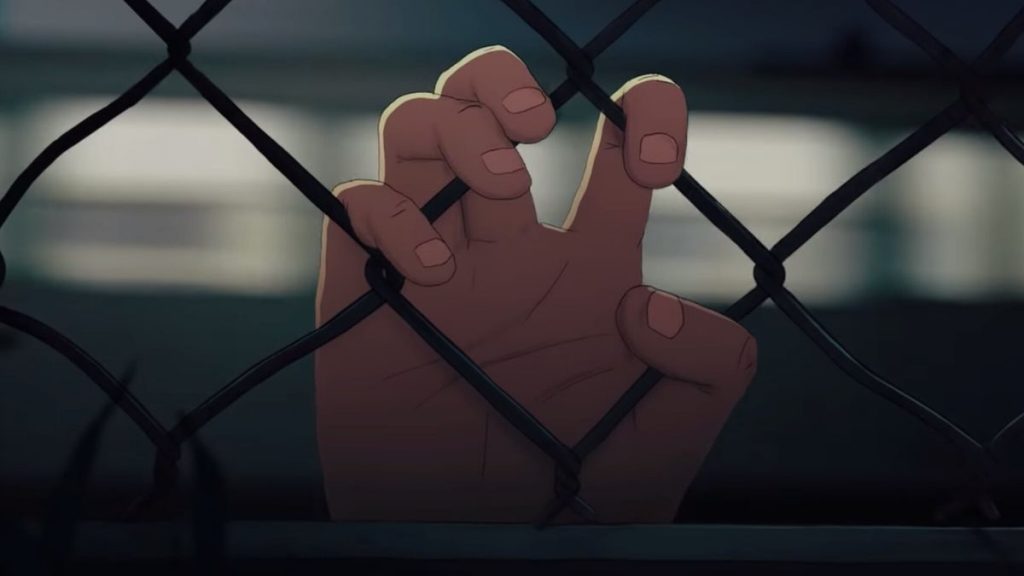 2 thoughts on “I Lost My Body”