(3.5 Stars) With all the trademarks of Wes Anderson, this movie is fun to watch while it puzzles the mind. 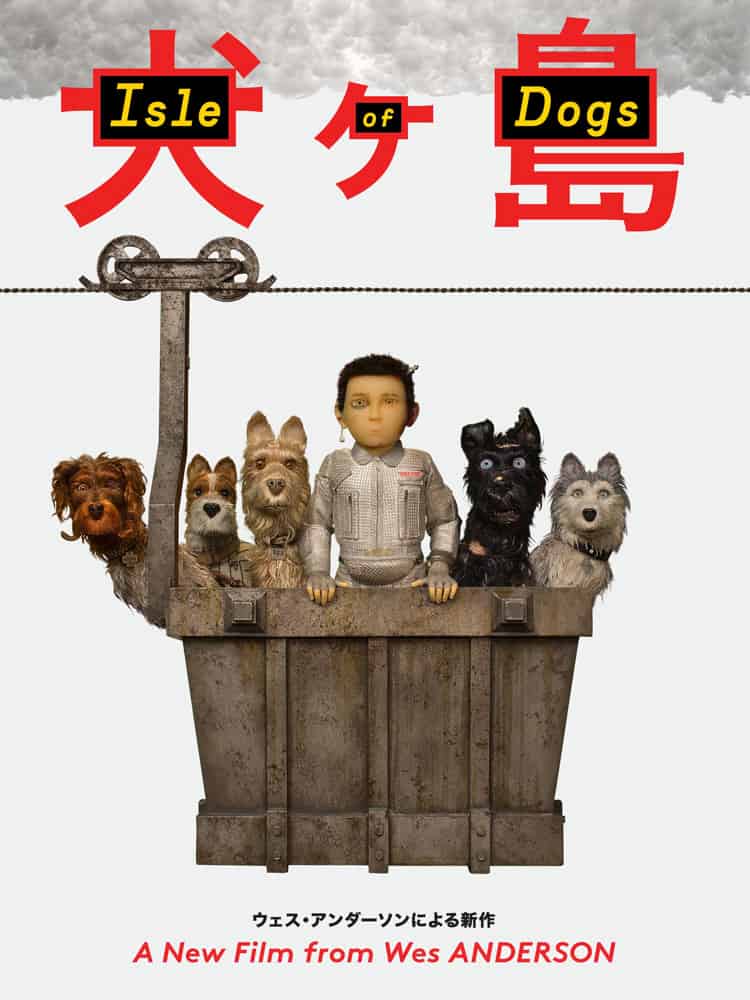 There you have it – in a nutshell, what is good and, maybe not so good, about this movie.

The good part is that this movie is just a lot of fun. I am learning that I really like the movies of Wes Anderson. Although not usually a fan of comedies, I find his sense of humor – a little jaded, subtle and tough to get a lot of the times – is what I like to see, and hear. And it makes me laugh.

If you don’t know his films, you have to start with The Royal Tennenbaums from 2001 where his kind of absurdity stands out in eye-popping fashion. At the time, I thought that it was a little too much and gave the film a lukewarm reaction. But he refined his skills and made a standout example of his work with The Grand Budapest Hotel from five years ago. In that movie, he perfected many of his signature characteristics including telling stories like a novel, using rich pastel colors, and displaying maps whenever appropriate. In GBH he also further refined his use of planimetric cinematography, which, basically, tries to film subjects from 90 degree angles. This technique has the curious result of putting the subject in a symmetrical frame. It was a masterful model which certainly keeps your attention throughout the movie.

Ten years ago he did his first animated feature, Fantastic Mr. Fox, where he began to bring many of the techniques he was using in live action movies, into the animated world. His favorite style of animation was the very difficult stop-action model where real puppets were manipulated through a sequence of frames to simulate real movement. I didn’t see that movie, so I’m not sure how well it came off.

But with Isle of Dogs, I can attest that he has mastered his stylistic components in the service of telling his story. This is a terrific movie, full of visual and aural delights. If one of the measures of a good movie is how well it stimulates the mind – how long after viewing it you continue to think about it – then Isle of Dogs fires on all cylinders. From the complex backgrounds painting an unusual Trash Island with perfectly arranged cubes of garbage, to the huts made out of colored glass bottles, casting light like a cathedral’s stained glass windows.

The story is about dogs, told from the point of view of dogs. In fact, in one of the curious puzzles of the movie, the dogs speak in English, while the humans all speak in Japanese. Sometimes the Japanese is translated by subtitles, arranged by a ‘translator’ who is actually in the movie, but more frequently we are left to interpret the emotions of the actors by their body and facial language, not their words. Unlike most dog movies, it is not the humans who display superior problem solving and language skills – yet another interesting puzzle. 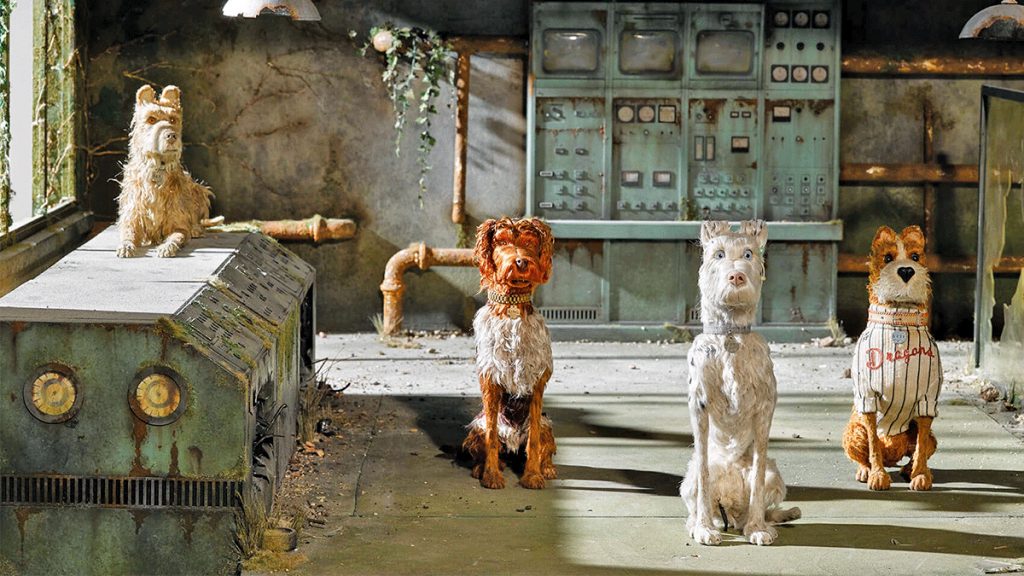 Part of the fun with an animated film is to try and identify who is voicing the various characters. In this case, the viewer is given lots of visual cues in how the animals move and speak, but it is so much fun to link human names to the characters in the movie. It helps that Anderson’s talents attracted the likes of Bryan Cranston, Edward Norton, Jeff Goldblum, Bill Murray, Scarlett Johansson, Tilda Swinton, Frances McDormand and a host more of really significant actors.

The movie is set in Japan and, I think, that is yet another one puzzle in this movie. Clearly, there are visual references to Japanese Samurai history as well as to more modern events, like atom bombs, and even the Fukushima Nuclear Plant disaster. Additionally, he refers to Japanese movie traditions including Kurosawa’s The Seven Samurai, and even the Saturday-afternoon monster movies that used to stream, unendingly, out of Japan. (Some have complained that his treatment of Japan borders on racist or ethnic bias. I didn’t get that to any significant degree, although it is kind of strange that the person who leads the effort to overturn the political dictatorship happens to be an American/British (i.e. white) exchange student. Maybe that’s another puzzle Anderson wants us to solve.)

Alexander Desplats wrote the original score for this movie, and received an Oscar nomination for his music. He worked with Anderson before on both Grand Budapest Hotel and Fantastic Mr. Fox; won the Oscar for last year’s Shape of Water as well as GBH; and received seven more nominations for other movie scores dating back to The Queen in 2007. He is an accomplished and recognized composer. Although he didn’t win for his work on this movie, the score is a terrific companion to the visual puzzles, adding a Japanese sound to the background while evoking an ominous, industrial quality to the events on Trash Island. This is another movie where it helps to turn the sound way up!

I haven’t talked much about the story itself, and there is a very good reason – the story is the weakest part of the whole movie, which is why, despite my enthusiasm for HOW the story is told, I can’t manage more than 3.5 stars. I’m not going to say a whole lot about the tale – and let the viewer judge for themselves. It is, in the end, a story about ‘man’s best friend’ – only man seems to forget that little fact and there is great havoc as a result. The reason is that the town’s corrupt leader seems not to like dogs. (In fact, he keeps a certain animal that begins with a ‘c’ and ends with a ‘t’ and is three-letters long. If you are also a lover of that kind of animal, you might find this movie a little frivolous.)

This movie belongs on your second shelf of viewing options. (Although there is minimal violence, only mild sexual references – despite the presence of Johansson – this just isn’t a kids movie. The visual and story puzzles are too subtle for kids. I think adults, myself included, need to see it a couple of times to get the most value.)

So, once again, say the title of this movie three times out loud…