News of the World

(3.5 Stars) Many good things here, but, in the end, not real memorable. 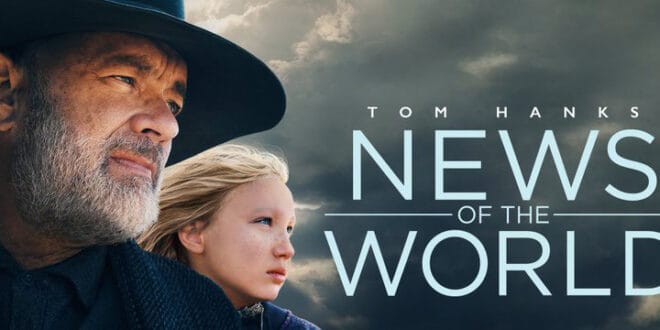 A.O. Scott (New York Times) wrote about this movie: “this isn’t a bad movie.  The problem is that it’s too nice a movie, too careful and compromised, as if its makers didn’t trust the audience to handle the real news of the world.”

And he’s right – there is nothing wrong with this film;  but there just isn’t a whole lot to recommend it either.  In some ways it might be a perfect movie for the times – it isn’t going to alienate anyone.  And if you spend two hours of your life watching it, you won’t feel cheated – you enjoyed yourself at the moment.  There just aren’t any real takeaways; nothing to chew on the next day.

There are some tremendously good things about it, mostly technical.  The original score, by James Newton Howard (who has received eight other Oscar nominations for original score or song), is just about perfect for this movie – it evokes the sensibilities of a western with moments of tension, grandness, and even tenderness timed perfectly with the movie scenes.  The sound team, also nominated, did a perfect job matching dialogue, ricocheting bullets, and a Texas sandstorm with superb mixing.

And  the visuals are terrific too.  Nominated cinematographer Darius Wolski captures the great expanse of western skies – (more on the setting to come.). And the production designers (also nominated) match the sets to the scenes.  The movie is an aural and visual delight!

And the story is just fine too.  Captain Jefferson Kidd (Tom Hanks) is a news reader – an occupation I never imagined before, but sounding very credible – who tours the remote towns of Texas reading newspapers to people willing to give a dime and an hour or so of their time.  Kidd is very adept at reading his audience, as well as the papers, and spins stories that they are all very ready to hear.  (At one stop, he refuses to read the paper demanded by the town’s ‘chieftain’ and manages to get away with it – an early example of resisting ‘fake news’.)

One day, traveling through Texas brush, he happens on an ugly scene and discovers an almost feral child who, German-born, was raised by Kiowa Natives and did not speak English.  The story is, really, one of their relationship over time as they discover truths about themselves and how they can’t really restore the past.

The girl (Cicada in Kiowa, Johanna in German), is played by a very precocious 11-year old, Helena Zengel.  She doesn’t have many lines in this film – since she doesn’t speak English – but she commands her own language through her facial expressions and the look in her eyes.  I predict we will be seeing her in big future roles as she grows into her face – she will be a pleasure to follow.

And what, if anything, needs to be said about Tom Hanks.  He is at his usual, stunning best here, playing his role with all the subtle confidence that we expect from him, whether its Captain Sully, Forrest Gump, Mister Rogers, or any of his other Oscar-caliber roles.  Hanks makes us feel, in any of his roles, like he can just naturally inhabit the role and instantly make us feel comfortable with the character.  At least I feel like I could always invite him to dinner and he might just accept the invitation.

There was another aspect of the film that made me feel right at home – it was filmed pretty much entirely in Santa Fe County, New Mexico.  Having lived in Albuquerque and Northern New Mexico for about eighteen years, the scenery was so familiar.  Most, maybe all, of the outdoor scenes were filmed on the Bonanza Film Ranch outside of Santa Fe.  Perhaps only locals will recognize Sandia Mountain, appearing frequently in the filming.  Even from Santa Fe, the Sandias are recognizable as the mountain providing the eastern backstop to Albuquerque.  Even though the film supposedly takes place in West Texas, the mountains shown are not typical of that geography and are definitely New Mexican.

Even if you aren’t a New Mexican, you can’t help feel like this movie simply grounds you in the moment and gives you two hours of necessary escape.  As Brian Tallerico (RogerEbert.com) says, “On paper, this simple tale well-told may not seem like it amounts to much, but, at the end of a year in which comfort was hard to find, this movie sometimes feels like a gift.”

(But what a difficult one to rate.  Although I’d like to rate it higher, I’m going to say just 3.5 stars.) 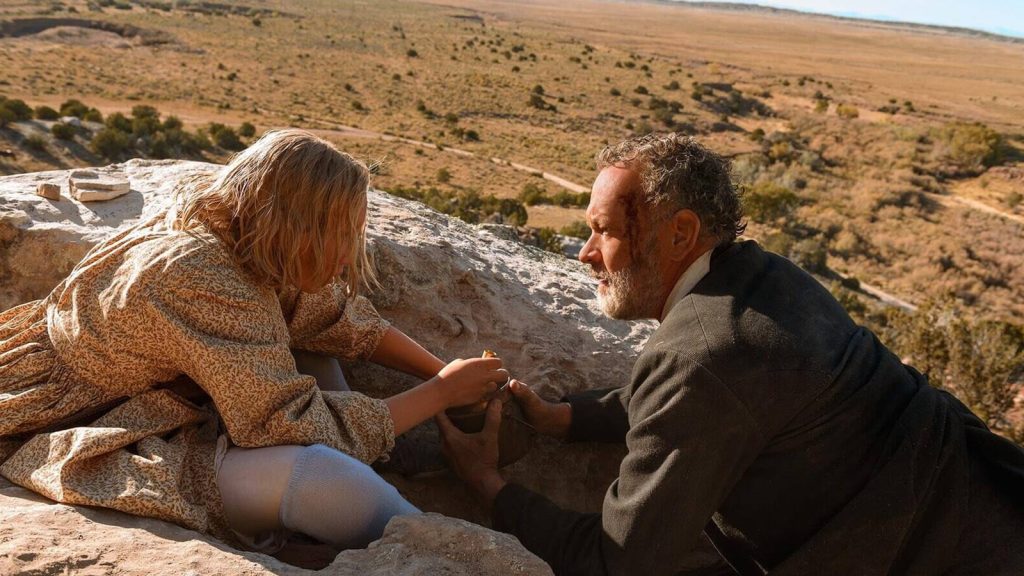