(4.5 Stars). This is not a feel good movie, but one that people should see. It paints an ugly side of humanity. 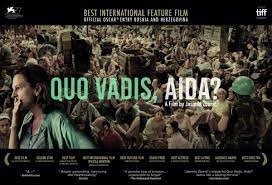 Quo Vadis, Aida is not a feel good movie.  But the historical event on which it is based isn’t exactly a high point in human history.

In July, 1995 Serbian forces, seeking revenge for losses they had sustained in an ongoing civil conflict, massacred more than 8000 Muslim Bosnians in and around the town of Srebrenica, Bosnia.  Although the town was nominally under United Nations protection, the small contingent of Dutch forces were unable to stop Serbs. The Muslim men and boys were weaponless, at least at the time that they were executed, and their bodies were buried in mass graves.  Relatives had no idea where their loved ones were and it was only after more than a decade that grave sites were found, and remains were, partly, returned to their families.  In 2004, the International Criminal Tribunal for Yugoslavia ruled the massacre constituted genocide.  And in 2017, the Serbian general in charge of the operation, Ratko Mladic, was found guilty of war crimes.  In short, this is not one of humanity’s brighter moments.

This film, though fictionalized, does not sugar-coat these appalling events.  The story is told through the perspective of Aida, a woman with a husband and two sons – in their late teens or early twenties.  Aida works as a translator for the Dutch forces manning the base just outside of town where they are the small UN contingent charged with trying to keep the town safe from the Serbian onslaught.  Initially, being a translator, she is somewhat removed from the events.  But as the tension grows she increasingly finds that her life becomes intimately tied to the diplomatic talks she is called to mediate.

In just about every way, this is a top-notch film.  The acting seems infused with a credibility that comes from being intimately involved with the events being portrayed – I am guessing that this was an extremely painful film to craft, given the personal stakes of those involved.  (Director and Writer, Jasmine Zbanic, is from Sarajevo, another city in the same country.) This involvement shows in not just the acting, but in cinematography that reflects the incredible natural beauty of the Bosnian countryside, standing in stark contrast to the human brutality.  The film seems perfectly edited – scenes are exactly as long as needed and the transitions build the tension underlying these events.  (It should be noted, to the film’s credit, that the violence is not sensationalized – the physical trauma is implied, rather than explicit.)

The film has been well received.  Although only based on 16 reviews, the Metacritic score of 97 places it at the top of this year’s 41 Oscar-nominated films.  And, although only about 27,000 viewers have rated it in IMDB, it comes in at number six on that scale.  A.O. Scott (New York Times) gave the movie a “Critics Pick” and wrote “there is a relentless, dread-fueled suspense here, and a kind of procedural efficiency.”  Brian Tallerico (RogerEbert.com) wrote that it is “one of the best films ever made regarding shifts in power, and how this kind of nightmare often unfolds with slow, deliberate actions instead of the standard quick pace of action filmmaking.”

“Quo Vadis, Aida?” Is grouped in the War genre, but there is little overt fighting and, until the end, no gunfire.  The action is maintained, as it was occurring, by words.  Aida’s role as a translator placed her in the middle of these exchanges, as the parties attempt to mediate the separate forces of the aggressive Serbs, the overwhelmed Muslim Bosnians, and the Dutch forces trying to protect the town.  We witness, as Aida increasingly realizes, that the small UN force has been abandoned by their vacationing superiors and that they are powerless to prevent inevitable outcome.  Trying to protect her family, she uses her connections to move them onto “the list” that might ultimately save them.  But her desperation turns to panic as she understands that there is nothing she can do – words will not translate into victory.  War intrudes deeply into the psyches of all involved here more insidiously than any bullet into a body.

And the result of such a powerful film is to, ultimately, question the very fabric of human morality.  If we can allow, and even facilitate such evil, is there any hope left to simply make the next right choice on a ballot?  Is it endemic to human nature to allow these things to happen?  Are humans essentially good, or bad?

No, this is not a feel-good movie.  But it is an important one to see.  Not just because of how well crafted is, but because it asks you to consider just what is “humanity”.  (4.5 Stars)

Available on Hulu and to rent on Prime 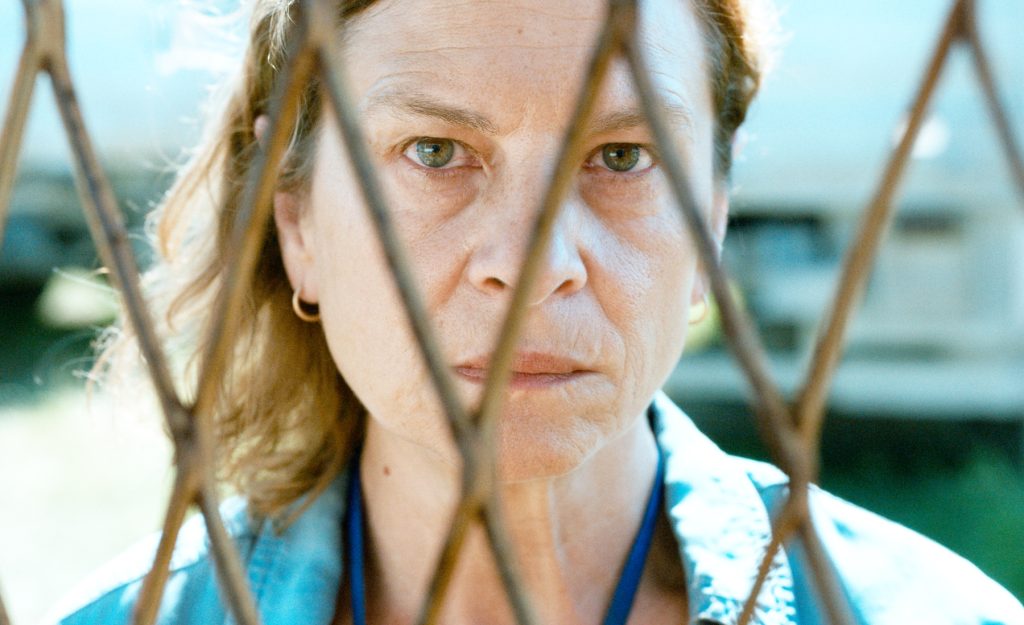