Raya and the Last Dragon

(2.0 *) Raya and the Last Dragon is visually stunning, but is going to leave adults rather empty! 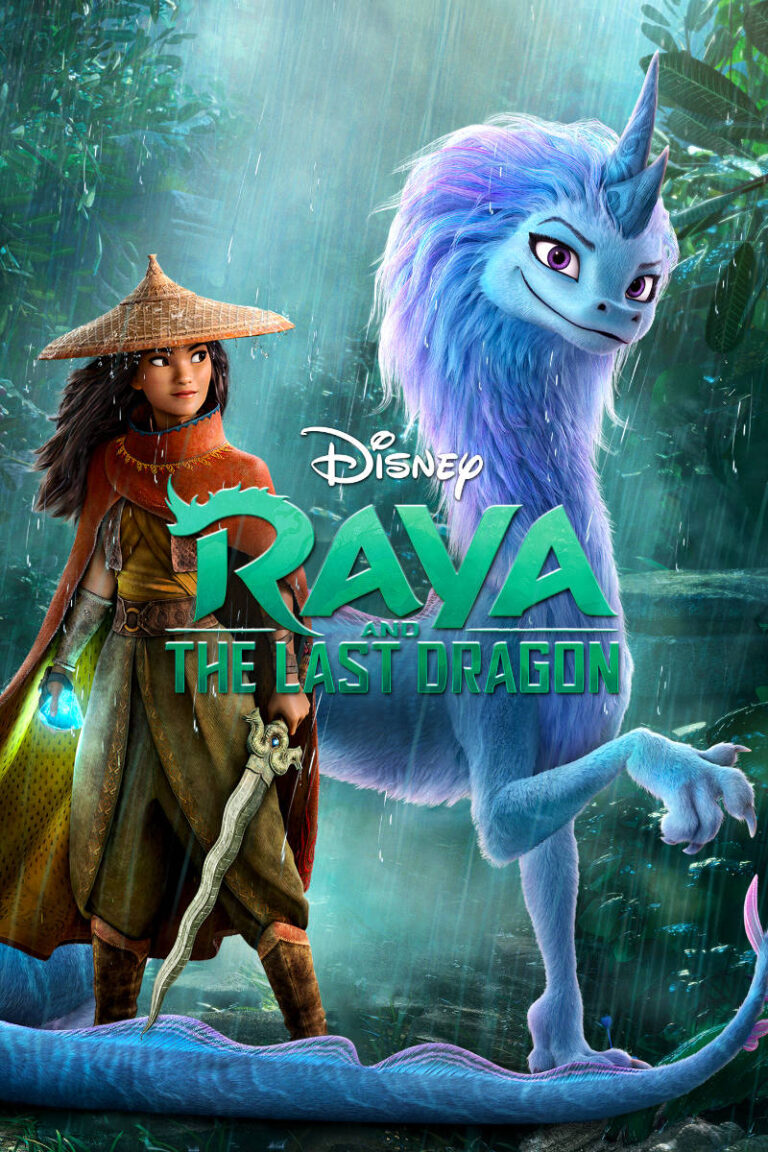 Raya and the Last Dragon is a stunning visual achievement, but isn’t going to be a lasting memory of family entertainment.  This is Disney’s 59th animated feature film and, along with Encanto and Luca, one of three of this year’s animated feature nominees from the fabled company.  But this film, like Encanto, is a disappointment in so many ways which makes you wonder if the Disney creative juggernaut is just running out of imaginative ideas.

The basic premises of the movie are initially encouraging. Raya (voiced by Kelly Marie Tran of Star Wars fame), our main character, is another example of Disney’s focus on strong female leads.  Like Merida, in Brave, or Moana, in Moana, or even Mirabel, in Encanto, she is a wholly original character, not derived from a folk-tale or literary story.  And, although she has no mother – like so many Disney princesses – she doesn’t require a manly kiss to wake her up – in fact, there is no romantic relationship in this movie.  (That is unless you give credence to the far-fetched notion that she is romantically inclined to the main ‘villain’ in the movie, another female character, Namaari  – voiced by Gemma Chan of Crazy, Rich Asians fame).  And, like many of Disney’s recent animations, the story is set in another culture and populated, mostly, by actors with roots in that culture.  In this case, the movie is set in a mythical land, Kumandra, that is intended to be rooted in the cultures of Southeast Asia – Vietnam, Laos, Cambodia, Thailand, and Indonesia.  (Parts of the movie were filmed in Hanoi, Vietnam).

The movie begins to fail, though, with the main story line.  Setting the back-story is a rather complicated process involving themes that go back first six years ago, and then all the way back to 500 years earlier, when their world was unified and, not coincidentally, populated by friendly dragons who happily gave the world their magical support.  The story where the dragons first disappeared, and then the world they left behind, “broke’, fills up the first twenty minutes or so of the movie and requires a lot of suspension of disbelief because the story is told quickly and without elaboration.  The film then moves on, six years later, with Raya on a big adventure to find the last dragon (which myth says may still exist) and, simultaneously, fix her broken world.

The advantage of basing a movie on an existing fairy tale or fable is that the story line is fairly well understood, and has withstood the tests of time.  There is always some sort of underlying moral message to be emphasized and, therefore, a lesson that the Disney story seeks to teach.  But if the tale is completely original then it is up to the writers to flesh out the deeper messages and, sometimes, as is the case here, that message doesn’t quite make it.

The underlying theme in Raya and the Last Dragon is the notion of trust, which is admirable and relevant to the world these days, but is very difficult to develop.  The story hinges on the making, and breaking, of trust between Raya and Namaari, but the actions of the characters do not align with their sentiments and the explanations of their changes are lacking in credibility.  Namaari’s changes, in particular, are distressingly oversimplified and not justified.  The effect is to beat you over the head with the “trust” idea, much like Encanto did with “family” – without really developing the issue into something with particular meaning.

Disney has, in the past, had a reputation of delivering films that were nuanced enough that kids would enjoy the characters and the plot line, while adults would take delight in some of the added layers of meaning, maybe some puns, or even hidden messages that would be inserted in the film.  (I’m thinking, for instance, of something like Frozen!). But you don’t get that in Raya and the Last Dragon – this film might entertain young children but its not likely to engage their parents, at least certainly not the next day.  It might serve baby-sitting purposes, but it doesn’t offer anything for a movie night with the entire family..

Raya and the Last Dragon is a pandemic film, developed primarily during the pandemic and released at the pandemic’s peak, in March of last year.  The production team gives themselves a pat on the back for, essentially, implementing a huge distributed computing effort, networking some 400 different households to coordinate the development of all the different pieces.  From that perspective, the film should receive accolades for being one of the first to be developed using a completely decentralized production effort.  But if the effect is to weaken the overall story development, then it is merely a technical, not an artistic, achievement.

Before I close out this review, I did want to mention the one huge outstanding strength of this film – its incredibly lush attention to setting details.  The colors alone are jaw-dropping and, perhaps, the single biggest reason to watch this film. In addition is the fabulous attention paid to the smallest details – implemented by computer animation – in the development of the worlds that Raya visits and the costumes that the characters wear.  Kumandra was fractured into five distinct realms, each corresponding to a part of the dragon – Heart, Fang, Tail, Talon, and Spine.  (I struggled for a while to correlate each of these realms with one of the five countries that make up Southeast Asia, but can’t say I had much luck!).  But the fascinating visual aspect of Raya and the Last Dragon is how each of these realms has a very well developed visual theme.  Spine, for example is populated by large humans, all wearing deep purples.  The houses and their costumes reflect the wooded, dark environment that they live in.  Tail, on the other hand, is a desert much like southern Utah, and is bathed in yellows and oranges, with homes and wardrobes that reflect a hotter, sunnier world.  It is said that the movie’s production designers traveled to the Southeast Asian countries specifically to capture unique design elements and incorporate them into their animated worlds.  If you are a parent and get trapped into watching Raya and the Last Dragon, you can get something fun out of the movie by comparing each of the different visual worlds – that’s what I did!

So, there you have it.  Another disappointing entry from Disney this year and another bust in the Animated Feature category.  Not clear to me why this year’s animated movies are so poor, but maybe it is all pandemic driven and we can hope for a higher level of creativity over the next couple of years.  (2.0* – purely for the visuals!)

Stream Raya and the Last Dragon on Disney+ and rent it from multiple platforms, NetflixDVD, or wherever you get your discs!

PrevThe Mitchells vs the Machines
LucaNext

1 thought on “Raya and the Last Dragon”