(1.5*) Luca is fun for about twenty minutes and then descends into boredom! 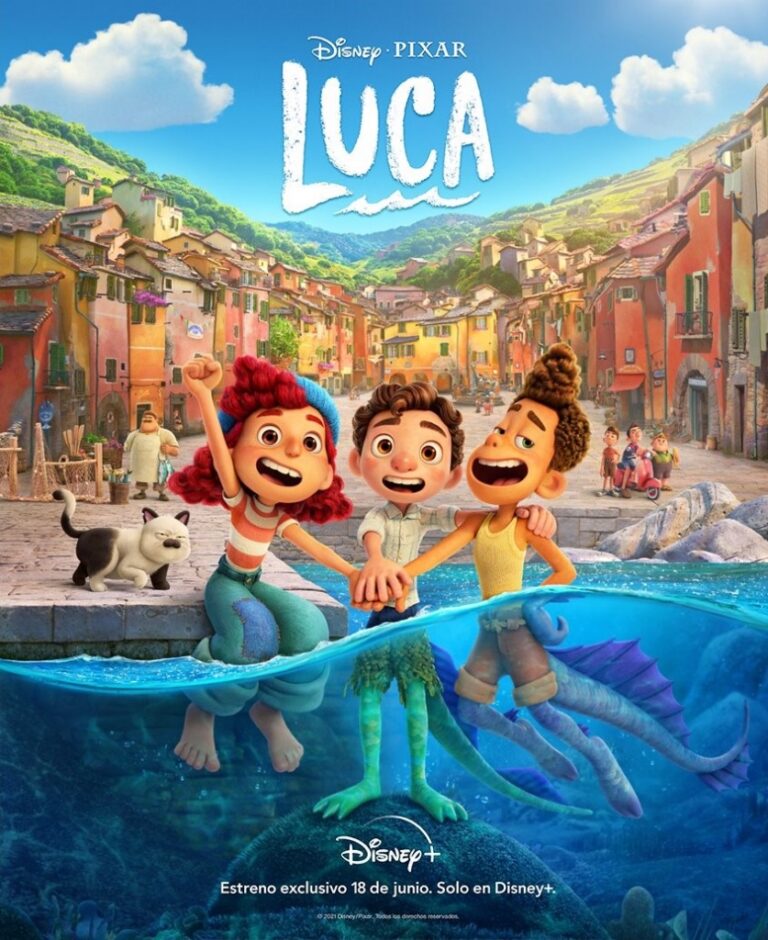 Luca, like Raya and the Last Dragon, is another made-during-the-pandemic movie, or as the end credits announce “produced in our slippers around the Bay Area”.  You have to give the Pixar team credit for even attempting to make a film under these adverse circumstances – I guess something is better than nothing.   But why would a studio, who gave us such terrific movies as the Toy Story and Cars series, WALL-E, Up, Inside Out, Coco, and Soul risk their reputation on a less than stellar effort.  As many other critics have noted, this is not at all one of Pixar’s best films:

Robert Daniels (RogerEbert): “Luca retreads too much well-cultivated ground and reworks so many achingly familiar tropes as its best qualities sink to a murky bottom.”

James Berardinelli (ReelViews): In the overall Pixar catalog, it’s hard to imagine this being more than a dimly-remembered curiosity.”

And, although A.O. Scott (New York Times) for some strange reason gave it a “Critics Pick”, he also wrote: “But the movie is too busy with its many plots…” and “not a masterpiece, in other words.”

Overall, critics gave this film the lowest rating of all this year’s animated features and placed it in the bottom third of all the Oscar-nominated movies this year.  Although I don’t always agree with critical sentiment, in this case I think it comes in next to the bottom (with The Mitchells vs the Machines as the worst).  Perhaps it is best summed up by Robert Daniels when he writes that the film’s second half is imbued “with an air of fait accompli and drag(s) the initial animated delight to the deep depths of boredom.”  Whereas with Raya and the Last Dragon, there was at least some stunning visuals to absorb your attention from a ponderous story, even the visuals in Luca become plain and redundant.

The story is literally a “fish-out-of-water” story that seems to try and combine some of the best features of Little Mermaid, Finding Nemo, and Pinocchio.  The first twenty minutes of the film are genuinely intriguing as they paint a story of a boy sea monster who has a boundless curiosity to explore the human world above the sea.  There are some great scenes with him herding a school of fish that are both funny and a little touching.  There is also a series of lines, voiced by Sacha Baron Cohen, as Luca’s uncle Ugo in probably the only scene that might register with parents as he counsels Luca on what life with him might be in the deep recesses of the sea where Luca’s parents suggest he needs to go.  The underwater scenes are refreshing and visually fun.

But then Luca makes it to the surface, learns to walk, finds friends, and some not so friendly.  At this point it seems like the director Enrico Casarosa lost his way and didn’t know exactly what he wanted to say.  Luca is his first feature-length film as director – although he worked on other Pixar films like Cars and The Incredibles 2 – quite possibly, he hasn’t yet figure out how to focus his story, especially when dealing with the difficulties of a pandemic-distributed production.  Supposedly the film mirrors parts of his own childhood, although he was born in 1971 and the film is set in the 1950s or early 60s (based on visual cues).  Casarosa is also Italian and claims Fellini as his major film influence.  We have already seen, this year, how a Fellini-inspired film can lead to a story disaster (see my review of The Hand of God). Although Luca is not nearly as scattered as that movie, it is still a movie without a meaningful focus.  It is also peppered with Italian references that may or may not be understood by American audiences.

You could credibly argue that it is a film about friendship and family.  But its treatment of those topics is slight and, at least for the parents, not very satisfying.  CODA was much better at articulating the family struggles of leaving the nest and even a movie like Licorice Pizza explored friendship in a more convincing manner.  Parents will struggle to get much conversation going about the themes of this film when the movie is over.

Luca will provide a 90-minute baby-sitting diversion for parents with younger children, but it doesn’t work very well for parents and probably not at all for older children.  (1.5 *)

Stream on Disney+ or rent it from Prime Video, other platforms, NetflixDVD, or wherever you get your discs