(2 Stars) Interesting, and fairly standard documentary, but a bit overly sympathetic to the subject. Everyone has a few flaws. 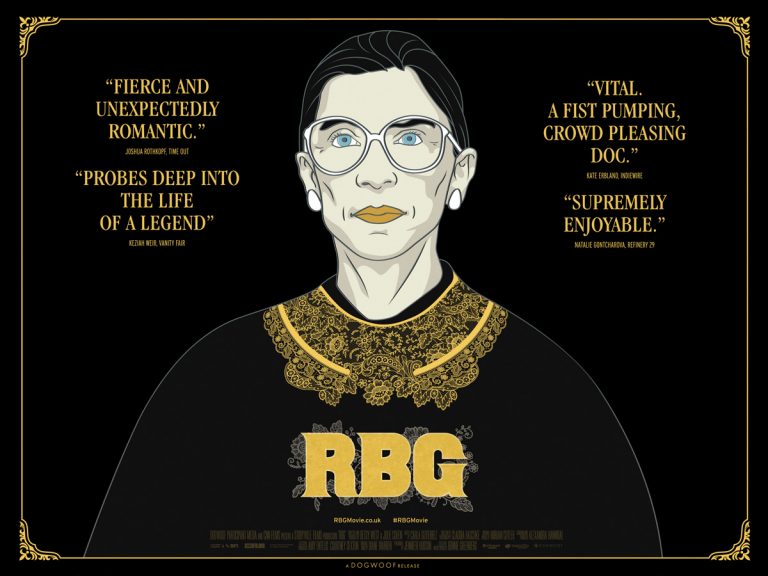 If you lean left politically, you can’t help but love that tiny and feisty little Supreme Court Justice, Ruth Bader Ginsburg, affectionately known as RBG. She has, at her ripe age of 86 this year, missed her first day of court hearings in nearly 26 years of service on the nation’s highest bench due to a cancer removal surgery. Her health situation now alarms liberals across the nation who fear that she may have to retire from the bench and allow Trump and his right-wing henchmen the opportunity to seal their control of the federal judiciary with a third appointment.

Ginsburg started out on the Supreme Court more or less in the center of the spectrum. But, over time, conservative appointments – especially those of Roberts, Gorsuch and Cavanaugh – have shifted the court significantly to the right leaving Ginsburg as one of the few consistently liberal justices, usually, now, on the dissenting side of the decisions. Her position on the bench, perhaps in combination with her uncharacteristically diminutive stature, has endeared her to us lefties, who have embraced her with a kind of cult status. As this documentary consistently points out, she is memorialized as a cultural icon on tee shirts and coffee mugs, and represented as a super-hero on internet memes and in rap songs. She, clearly, is a force to reckon with and yet,as Louise Keller (Urban Cinefile) writes “This petite woman with a giant mind is reassuringly polite, calm and articulate.”

A ‘giant mind’ indeed, as this movie makes clear. Tracing her career starting as one of the first women at Harvard, with both a baby, and a sick husband, she managed to graduate near the top of her class, though sleeping just a few hours a night. She has advanced the cause of women’s rights not just with her example, but with her reasoned arguments. She picked her cases carefully, argued them convincingly, and changed our history permanently, always working to advance the rights of women, and, when appropriate, men.
If the purpose of a documentary is to provide a one-sided positive picture of a particular person, outline their successes and explain why you should adore that person, then RBG is immensely successful. I suspect that Ginsburg lovers (and I am one of them) will only be reinforced in their adulation of the woman. Ginsburg haters will probably not even watch this film. 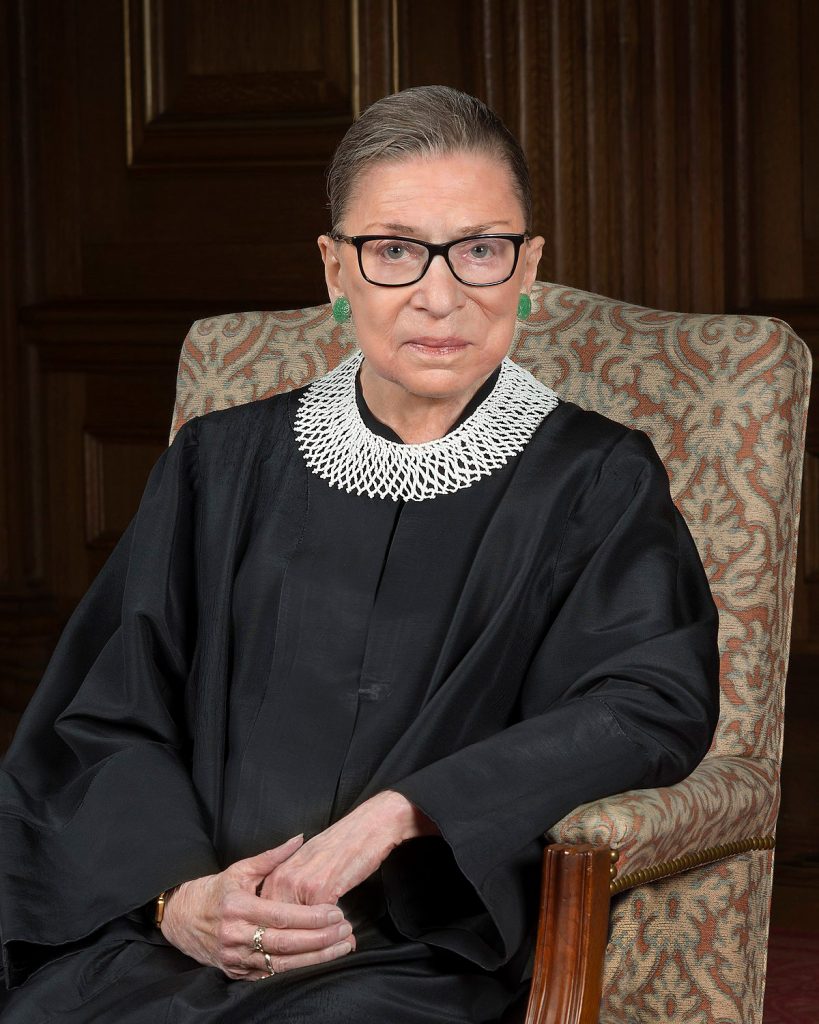 But to praise the subject of a documentary is not the same thing as praising the documentary. It is one of the difficulties in movie criticism that you can really love the subject matter of a film, but not like the way the subject matter is handled – that a terrific theme does not guarantee a terrific movie. In documentaries – supposedly about the ‘truth’ – the problem is amplified. So, to discuss ‘RBG’ is a different essay than to discuss Ruth Bader Ginsburg. And it is as a movie, not as the person, that I find RBG defective.

We expect any documentary to have at least certain elements of ‘truth’ to it. As such we entrust to the filmmakers that they are delivering to us a story that, if not totally accurate, is at least consistent with a stated point of view. So, yes, I guess I learned a bit about Ms. Ginsburg. But, mostly, what I got was a simple reinforcement of my original point of view. Yes, I learned that her husband was amazingly supportive and, given their long history, it seems evident that they adored each other and had an admirable marriage. But is it realistic that she was as ‘perfect’ as everyone portrays her here? One of her children reflects that their father ‘did the cooking, she did the thinking!’ That is a powerful statement, as far as it goes, but begs a whole line of inquiry. Did Marty (her husband, now dead) have any misgivings at all? How happy was he? Was this statement from one of their children, the start of an exploration of problems or difficulties in the marriage and the family? Or, as it was portrayed, just one more positive statement about a ‘living legend’?

The point of view in this documentary is overwhelmingly positive. But the result is not the portrayal of a real person, or even a real woman. All of us entertain some small corners of ‘resident evil’. Where is Ginsburg’s? There isn’t any, if we are to believe the point of view of this movie. Is that a reasonable conclusion about her? About anyone?

Aside from a short quote from Trump himself and a longer interview with Republican Orrin Hatch, who very carefully (can we say editing?) criticizes her, there is no criticism of Ginsburg in this film. No sign of failures, although the life of any successful person is full of them. This film is simply too simple, and for that it fails as a good documentary. This is our first movie in this year’s documentary category and was directed and written by Julie Cohen and Betsy West, two documentarians with a long history of making films, none of which I have seen before. I can understand why.

It was nominated in the Original Song category, although I also question the legitimacy of that nomination as well. Written by Diane Warren, who has nine other Oscar nominations for songs in many movies, she has never won the Oscar. Jennifer Hudson does an outstanding job of singing ‘I’ll Fight’, but the problem is that the song doesn’t appear until the closing credits. One of the ways I judge the success of music is in how well the song fits with the themes of the movie. If it fits well, then there is a place for the song inside the movie itself, in some creative fashion. That the only place they could find to put this song is mixed with the closing credits, illustrates the sloppiness in the movie’s construction.

If you like Ginsburg, you’ll love this movie. If you don’t, you probably won’t even watch it. If you are in the middle, you might learn a little bit, but will probably leave the theater wondering if she is a real person, or the creation out of some Wonder Woman comic book. I give RBG just two stars and most of that is because I like the person, not the movie.